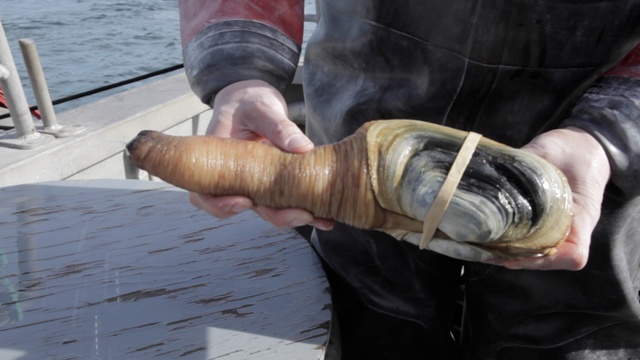 OLYMPIA — A dispute on how much seafood Washington residents devour entangled lawmakers Tuesday as they worked to reach agreement on a budget and avert a partial shutdown of state government next week.

The House and Senate collided on whether a study is needed before any work is done to revise state rules that tie the amount of fish each resident eats with the levels of contaminants allowed in water discharged from industrial facilities.

Boeing Co. opposes efforts to increase the fish consumption figure because it would lead to stricter water quality standards. Compliance could require the company to spend millions of dollars in renovations at the facilities.

The budget passed by the Senate in the first special session funds a comprehensive study to figure out how much fin fish and shell fish each resident will consume over their lifetime. The Senate did not include the study in the budget it approved during the regular session.

Senators want the study to determine where fish consumption is highest and lowest in the state, what species are getting eaten and even “the preparation and cooking methods” for the fish used by residents.

The budget does not say when the study is due or how much it will cost, though a person familiar with it estimated the price would be around $1 million.

House Democrats and Gov. Jay Inslee strongly oppose the Senate approach. Representatives reached Tuesday said they viewed the study as an attempt to indefinitely delay the process of changing the fish consumption standard.

Nonetheless, House and Senate members were working Tuesday on compromise language to clear away one of the last impediments to securing a deal on a new two-year spending plan for the state.

Fish consumption is not a new issue around Olympia.

Under former Gov. Chris Gregoire, the state Department of Ecology was in the midst of boosting the fish consumption figures and toughening water quality rules when Gregoire interceded to derail the effort. Her ecology director at the time, Ted Sturdevant, is now a key adviser to Inslee.

Gregoire acted amid heavy lobbying from Boeing and other large firms on the potential economic effect to their businesses, according to a story by InvestigateWest reporter Robert McClure that ran in The Herald.

This year Inslee sought to keep the matter out of the hands of lawmakers.

“We’re working on the issue,” he said in a March interview following a speech to members of the Aerospace Futures Alliance.

“It’s a really important issue both for health issues and aerospace so we’re working on a solution to solve both problems,” he said. “As far as timing, I can’t give you an answer on that.”