“I don’t believe in magic. I believe in the sun and the stars, the water, the tides, the floods, the owls, the hawks flying, the river running, the wind talking. They’re measurements. They tell us how healthy things are. How healthy we are. Because we and they are the same. That’s what I believe in.” 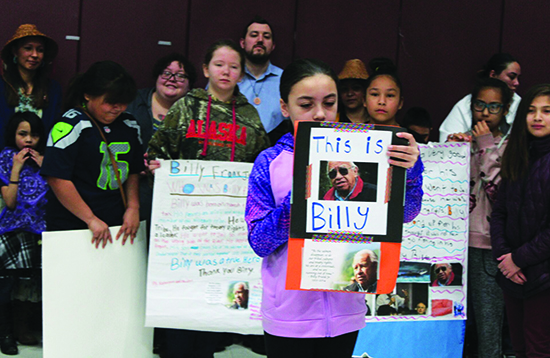 Billy Frank Jr. is a hero, especially to Northwest Indigenous tribes. Hailing from Nisqually, Billy learned at a young age that salmon are integral to the Coast Salish traditional way of life. At 14, he was arrested for seine fishing in non-reservation waters of the Nisqually River. Billy knew his arrest was in violation of his treaty rights and that experience marked the beginning of his active advocacy for tribal fishing rights. He understood that the treaties signed by the United States Government and Washington State tribes guaranteed his people the right to fish the same waters his ancestors did since time immemorial.

The state of Washington attempted to deny, restrict and regulate where and how Native Americans were fishing during the sixties and seventies, an era known as the ‘fish wars’. During this time Billy organized ‘fish-ins’ or gatherings where Natives exercised their fishing rights. Natives were arrested and many times beaten during the fish wars. Billy was arrested for civil disobedience on more than fifty occasions. 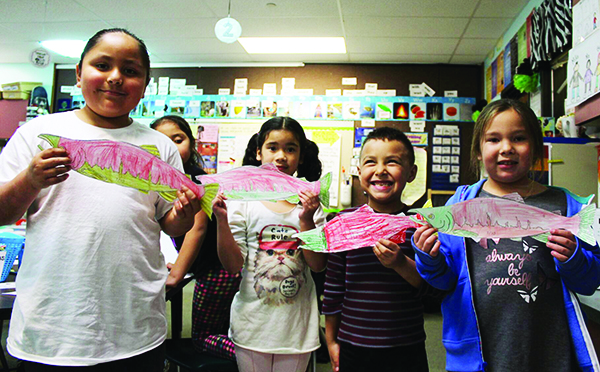 The arrests led to lawsuits which in turn helped lead to the Boldt Decision, a federal case between the United States and Washington State which reaffirmed the tribes’ right to fish. After the Boldt Decision and up until his passing in 2014, Billy focused on protecting the environment and preserving the salmon habitat for future generations. He received several accolades for his activism for treaty rights as well as his advocacy for environmental protection, including the Presidential Medal of Freedom.

“Did you know that Billy Frank Jr. was arrested more than fifty times for fishing?” asked a Quil Ceda Tulalip Elementary student. “That’s a bad reason to go to jail. It’s really bad.”

Throughout the nation, during the first week of March, students participate in a Dr. Seuss inspired spirit week. The students of QCT, however, participate in a spirit week which honors the northwest Native American hero Billy Frank Jr. by teaching about, and therefore continuing, his legacy. 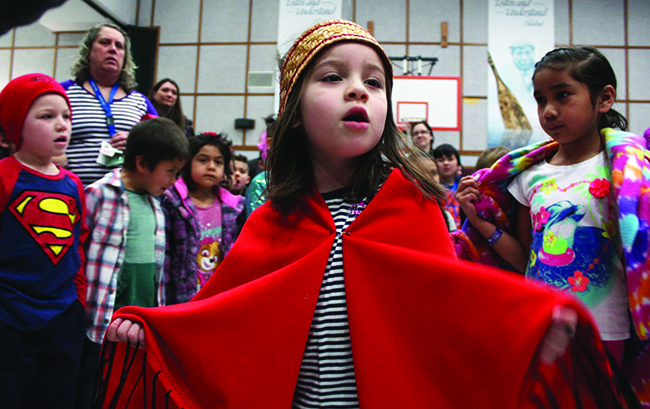 “Honestly, the inspiration came from my grandpa, who is in heaven. He guided me to this work last year,” says QCT Cultural Specialist and Tulalip tribal member, Chelsea Craig. “When the state acknowledged his birthday (March 9) as Billy Frank Jr. Day, I thought, well if we can study Dr. Seuss for an entire week, then we can certainly celebrate Billy Frank.”

During Billy Frank Jr. Spirit Week, the students had a blast making arts and crafts, learning new songs and participating in themed days all while preparing for a community cultural celebration on Billy Frank Jr. Day. Themes included Salmon Day where students made a collaborative art piece, the length of the school’s entrance to the gym, displaying multi-colored paper cutout salmon swimming upstream; as well as Water is Life Day in which the students were encouraged to wear blue to show support of protecting our waters. The students also celebrated Twin Day and Tell Your Story Day.

QCT begins each day with a morning assembly. During spirit week, students learned about Billy together during the assembly. The students were even treated to the award winning Billy Frank Jr. cartoon, σčəδαδξʷ, which is a fun animation based around his voice from a recorded interview about the lifecycle of salmon. 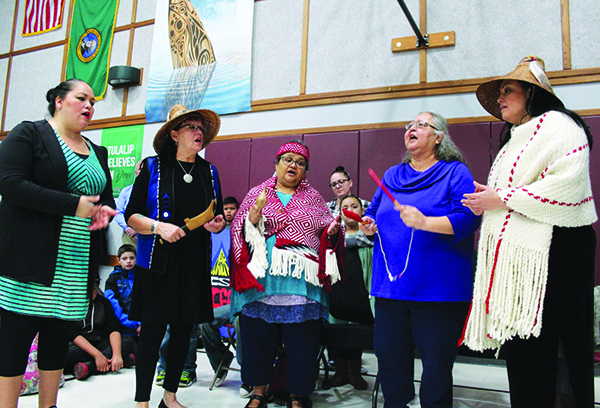 “Billy said the next big battle is protecting the environment because the salmon need a place to come back to. I’m really happy that the school is sharing the efforts of Billy Frank Jr. and what he stood for because he was a great man and a great example of a true leader for the Indian People,” shared Ray.

On Billy Frank Jr. Day, the morning assembly was extended to two-hours and the students showcased everything they learned about Billy for the community. The students were featured in class presentations as well as a video presentation where the kids emotionally boasted, ‘I am Billy Frank Jr.!’ at the end. The Tulalip community joined QCT in traditional song and dance to conclude the ceremony and QCT’s second annual Billy Frank Jr. Spirit Week. 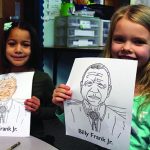 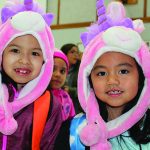 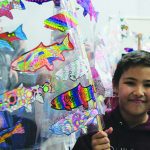 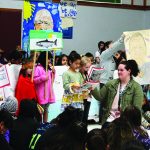 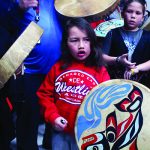 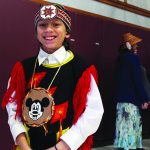 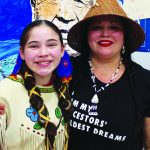 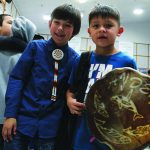 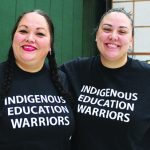 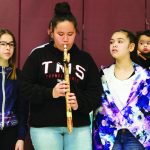 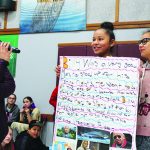 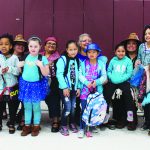 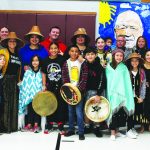