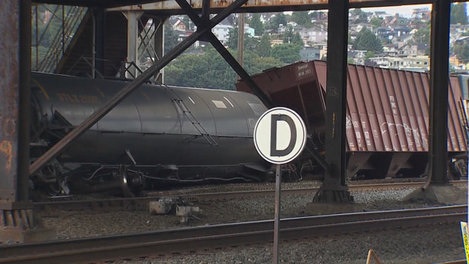 A Burlington Northern Santa Fe spokesperson said the train was carrying crude oil. Two of the tanker cars slightly derailed, but nothing was leaking.

BNSF said it is investigating the cause. The train was moving at 5 mph when it happened.