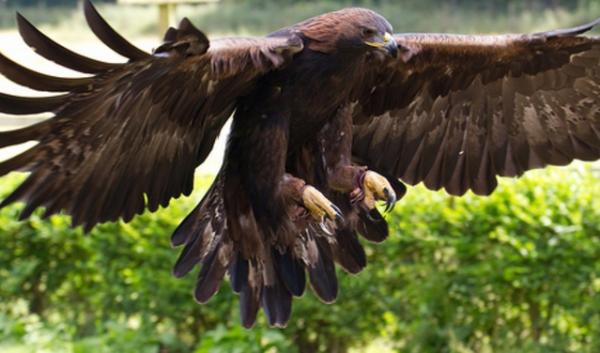 A national bird conservation group is going to sue the federal government over a 30-year permit it will issue to wind farms. | credit: Flickr Creative Commons: ahisgett

It’s essentially a fight between conservation-minded groups. On one side, renewable energy companies want to build wind farms. On the other side, bird advocates don’t want those giant, blade-spinning wind turbines to harm bald and golden eagles.

Now, a national bird conservation group is going to sue the federal government over a 30-year permit it will issue to wind farms.

The permit will allow wind farms to legally kill a certain number of eagles. The birds are shielded by the Bald and Golden Eagle Protection Act.

“A permit allows an activity to happen that needs to happen. And in doing so, it gets the best possible thing for the eagles. We’re actually able to get conservation, and hopefully in the long run, prevent that nest from begin disturbed at all by that activity.” Stuber said.

The U.S. Fish and Wildlife Service originally wanted to grant five-year permit. West Butte Wind Farm in Central Oregon was the first facility in the nation to apply for a five-year “take” permit.

But the wind industry complained that five years was not enough time to find financial backers and get the project up and running. It wanted more continuity.

Now, to provide that continuity for wind farms, the service has extended the permit to 30 years. Permits must be reviewed every five years.

The American Bird Conservancy is suing the U.S. Department of Interior over the 30-year rule.

“Data on things like bird fatalities at a particular institution might be hidden from us, and therefore, it would be very difficult to do a legitimate review of what is exactly going on at any one of those facilities,” Hutchins said.

For its part, the Fish and Wildlife Service says this 30-year permit means regulators will have to anticipate more problems ahead of time.

“Before we issue a permit, since it’s a lot longer time frame, we need to try to foresee more possible situations and have a better, what we call, adaptive management plan as a part of these permits. That way, when we come in for the five-year check-in, we have things on paper of what we’ll do to respond to certain situations,” Stuber said.

Companies mitigate for eagle deaths upfront. One way to do that is to retrofit existing power poles, where historically, a lot of eagles have been electrocuted when their wings touch two power lines at the same time.

Fish and Wildlife officials say they can quantify how many eagles will be saved be retrofitting a certain number of power poles.

Hutchins said the American Bird Conservancy is not against wind energy. He said wind farms need to be sited properly to not disturb or kill eagles, even if they are producing green energy.

“It’s just a really big price to pay. I don’t think that we can see these resources as collateral damage to try to win the fight on climate change,” Hutchins said.

They are akin to 30-story spinning skyscrapers, their rotors the width of a jet plane’s wingspan and the blade tips moving at up to 170 miles per hour, creating tornado-like vortexes.

Bald and golden eagles, as well as millions of other birds, are sucked in and chopped up annually by wind farms’ whirling turbines, as the Associated Press described it. Wind farms are killing birds, and the government of President Barack Obama has just decreed it to be collateral damage in the quest for clean energy.

With climate change and renewable energy foremost on many peoples’ minds, Obama has said that wind energy companies will be allowed to kill (accidentally) a certain number of eagles and other birds under 30-year permits. In return the companies must take measures to prevent such deaths and will be required to track and report the number of birds that are killed in their turbines, the AP reported on December 6.

Permits will last 30 years and be reviewed every five years, the U.S. Department of the Interior said in its statement announcing the rules change. It builds on a permitting program begun in 2009 under the Bald and Golden Eagle Protection Act, the department said.

While the measure’s stated purpose is to acknowledge that some bird deaths are inevitable, environmental stewards hold that such allowances give companies too much leeway. The Osage Tribe is already battling an application for just such a permit by Wind Capital Group. The company is seeking to build a 94-turbine wind farm and estimates it would kill up to 120 eagles annually during the life of the project.

The Osage reacted strongly to Obama’s rule change announcement and said the President should know better.

“President Obama knows how important eagle feathers are to us: He was adopted into the Crow Nation and was adorned with a full war bonnet containing eagle feathers from head to toe,” said Assistant Principal Chief Scott N. Bighorse, according to the AP.

The Audubon Society said it would challenge the new ruling, which was handed down the by U.S. Department of the Interior.

“Instead of balancing the need for conservation and renewable energy, Interior wrote the wind industry a blank check,” said David Yarnold, president and CEO of the Audubon Society, in a statement. “It’s outrageous that the government is sanctioning the killing of America’s symbol, the bald eagle.”

The nation’s highest priority should on finding “reasonable, thoughtful partners to wean America off fossil fuels,” Yarnold said. “We have no choice but to challenge this decision, and all options are on the table.”

Meanwhile, as of December 11, 15 companies had applied for permits, not just wind power enterprises but also building companies and the military, said U.S. Fish and Wildlife Services spokesperson Chris Tollefson to the Journal Record. The Fish and Wildlife Service is in the middle of a 60-day public-comment period that ends on February 3 on environmental considerations for the Chokecherry and Sierra Madre wind projects in Wyoming. Two public hearings are scheduled, the first one on December 16 in Rawlins, Wyoming and the second on December 17 in Saratoga, Wyoming, according to Greenwire. The project itself was approved last year, Greenwire reported. The facility “proposes to string together as many as 1,000 turbines across more than 220,000 acres of BLM and ranch lands,” Greenwire said. The environmental review is to determine such a project’s effect on golden eagles.

Below, the Osage Nation explains the effect of wind turbines on migrating eagles.

A recent donation brought the reward money for information leading to an arrest and conviction up to $20,250, wildlife officials said Monday.

The last $6,500 was donated by The Campbell Group, a Portland, Ore.-based timber company that owns property near where the eagles were found Jan. 9, said Sgt. Jennifer Maurstad with the state Department of Fish and Wildlife.

“We are shocked and offended by this crime, and support the efforts of state authorities to investigate and prosecute this case,” Campbell Group spokeswoman Liz Fuller said in an email Monday.

The eagles’ bodies were floating in a lake east of town. Investigators aren’t disclosing the exact location.

They believe the eagles, three of them grown and one a juvenile, were shot with a small-caliber rifle.

They’ve gotten a few tips but nothing has panned out, she said.

“It’s just important to do the right thing,” Maurstad said. “This was such an egregious act, that if somebody has information, they shouldn’t hang onto it. They should do what’s right, and I’m hoping that $20,000 will give somebody the initiative to do so.”

Killing an eagle is a misdemeanor under federal law. It is also a state crime with a maximum penalty of $1,000 and 90 days in jail. Also, under state law, there’s a $2,000 fine per eagle.

There are about 850 nesting pairs of bald eagles in Washington.

Reward money also was donated by the Stillaguamish Tribe, state Fish and Wildlife, the Humane Society of the United States and Conservation Northwest.