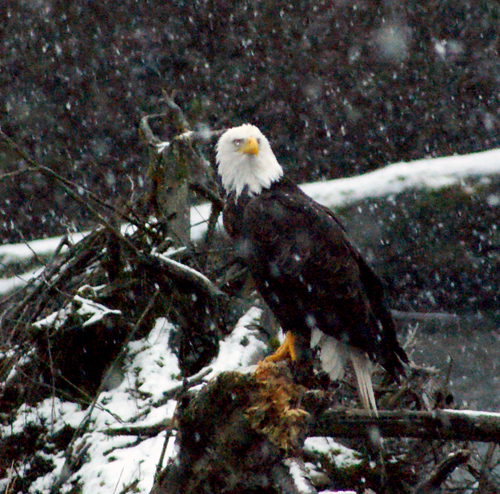 Everett, Wash. Dec. 16, 2013—It’s time to head over to the Skagit River and see one of the largest wintering populations of bald eagles in the lower 48 states. Visitors can view and learn about them from volunteers with the Eagle Watchers Program hosted by the US Forest Service. Three viewing stations with off-highway parking along North Cascades Highway 20 provide spotting scopes and binoculars to help you see the birds up close. Volunteers will staff stations Saturdays and Sundays, 10 a.m.-3 p.m. Dec. 21-Jan. 26. 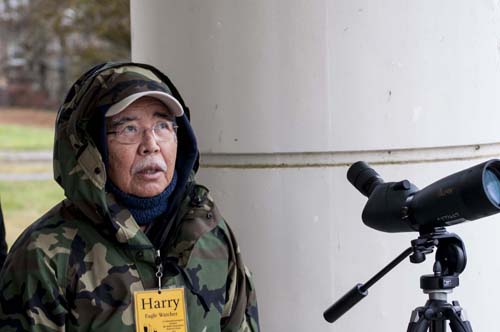 Musician Peter Ali is a self taught musician, who comments that his contemporary native music is played from the heart.

The Skagit Eagle Festival is a month-long celebration that takes place during the peak of eagle-watching season in Eastern Skagit County, Washington. This January marks the 27th year for the festival, which offers fun activities that take place in Concrete, Rockport and Marblemount every Saturday and Sunday in January.

On January 12th, in Marblemount, people came to join the festivities that were immersed in Native American culture. Jewelry, natural crafts, stone carvings, contemporary native flute music, storytelling, drumming and a puppet show, depicting the legend of how the Sockeye Salmon came to Skagit and the Baker River, were some of the sights and sounds offered to attendees, along with vendors selling homemade goods. 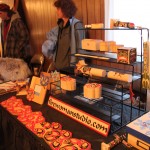 “Concrete, Rockport, and Marblemount are the three up-river towns that share in the celebration of the bald eagle festival with different events each weekend. The second week of January traditionally has been the weekend that Marblemount hosts the celebration that focuses on honoring and sharing native culture. We have been fortunate that a number of people have volunteered their time and effort to share what they do,” said Christie Fairchild, Komo Kulshan Outdoor School.