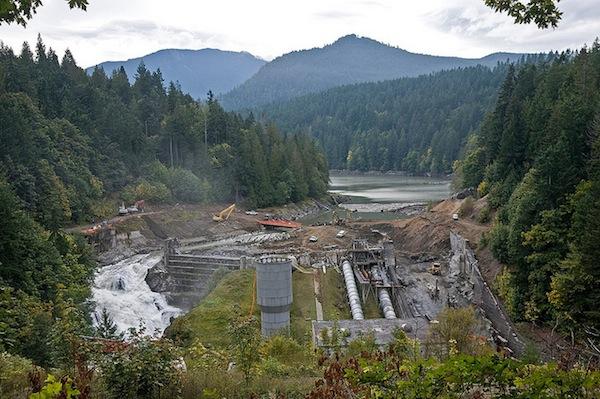 Three tribes are among the recipients of the Green Apple Awards given for environmental education initiatives by the not-for-profit group E3 Washington, a professional group that provides education on environmental development and stability.

The Lower Elwha Klallam Tribe, President Fawn Sharp of the Quinault Indian Nation and State Senator John McCoy of the Tulalip Tribes will receive awards, E3 announced on June 11. In addition, Billy Frank, Jr., Nisqually tribal elder and longtime chairman of the Northwest Indian Fisheries Commission, will be honored at a gala and awards ceremony to take place on June 26.

The Lower Elwha Klallam Tribe was chosen to receive the President’s Award for both honoring elder wisdom and teaching youth self-respect, said retired teacher Marie Marrs, who nominated the tribe.

“The annual paddle journeys, alcohol and drug free, are strong signs of cultural revival,” Marrs said, according to the E3 statement. “The Klallam language is taught at local high schools, as a foreign language. Tribal leaders are visible, and honored, at many community events. Native youth are enrolled in natural resource programs at the area Skill Center, as well as Peninsula College, acquiring specials skills and internships with local economic and environmental power bases such as Battelle, Olympic National Park, NOAA, Merrill Ring, the Olympic Coast National Marine Sanctuary, and the Feiro Marine Science Center, as well as their own natural resource/fisheries programs. Skill Center classes are co-taught with a tribal culture specialist as part of the team. Peninsula College has a Longhouse, a House of Learning, for special gatherings and ceremonies, the first in the nation to be built on a community college campus.”

Noting that the very aim of the E3 Washington Lead Green goal is to use every location as a teaching tool, E3 Washington board president Tom Hulst—who selected the Llower Elwha Klallam for the award—said that numerous sites managed by the tribe reach this ideal.

“The E3 Washington Lead Green goal is that every place, be it a building or other site becomes a ‘learning laboratory’ for the shift to sustainability,” Hulst said. “In the case of the Lower Elwha Klallam Tribe multiple sites under its management meets this goal!”

Sharp will accept the Green Apple Award, which recognizes awareness of indigenous knowledge, language and values, as well as encourages a multicultural approach to environmental and sustainability education, all while exemplifying E3’s Lead Green goal, according to the release.  Sharp, who is also president of the Affiliated Tribes of Northwest Indians and area vice president of the National Congress of American Indians, was nominated by Olympia-based businessman Steve Robinson.

“President Sharp is a very dynamic leader whose incredible energy level is matched only by her skill as a leader and her enthusiastic approach toward serving her people as well both Indian and non-Indian people, particularly in such fields as sustainability, environmental education and health and human rights,” Robinson said in his nomination. “She has long been active in environmental education at all levels, providing leadership in the classroom, the outdoors and the intergovernmental arena. Just one example of many major successes resulting from her leadership was last summer’s Paddle to Quinault—a highly successful canoe journey that brought traditional canoes from near and far to the Quinault homeland. It was a major cultural event enjoyed by thousands, and was a huge historic achievement in helping to build bridges of understanding between tribal and non-tribal communities.”

For his part state Senator John McCoy, Democrat, will receive the 2014 Diversity in Action-Individual E3 Washington Green Apple Award, which “recognizes an individual, organization, tribe or program that demonstrates cultural awareness and encourages a multicultural approach to environmental and sustainability education programs while exemplifying the Lead Green goal,” the E3 statement said.

“Senator McCoy has been a tireless leader in many capacities which have served environmental education, multiculturalism and diversity well,” said Robinson, who nominated McCoy as well as Sharp. “His presence on ‘the hill’ in Olympia has provided an immeasurable amount of benefit to both tribal and non-tribal people and governments. He has sponsored phenomenal, far-reaching legislation, ranging from bills to integrate Indian culture and history into the classroom to a bill to establish Indian Heritage Day. Senator McCoy is one of the hardest working legislators in Olympia and he is committed to the protection and restoration of a healthy, vibrant environment for all.”

Frank, who passed away on May 5, was involved in E3 and will be honored at the awards ceremony, which will take place The awards will be presented at E3’s Summer Evening Awards Event 2014, A Summer Celebration of Environmental and Sustainability Education, on June 26.

“Billy Frank, who was E3’s honorary co-chair, was a friend to, and tireless advocate for, all people and species,” said Ruskey. “His spirit lives in us and continues to guide us, as he always will.”