(CN) – The Pyramid Lake Paiute Tribe in remote northwestern Nevada won partial federal funding for its emergency medical services program serving the Fort McDermitt Tribe.
U.S. District Judge Christopher R. Cooper on Tuesday partially granted the tribe’s motion for summary judgment in its complaint against the Secretary of Health and Human Services and the Indian Health Services, which denied it funding this year.
The Fort McDermitt Paiute and Shoshone tribes, collectively called the Fort McDermitt Tribe, live in a small, remote community along the Nevada-Oregon border, where Indian Health Services (IHS) has operated a tribal health clinic since the 1970s. The clinic provides primary medical, dental and mental health care and drug and alcohol treatment programs.
The IHS has provided emergency medical services for the tribe since 1993, but the program’s costs increased greatly after a 2010 IRS rule requiring contract workers to be classified as employees, Judge Cooper Found. In 2012, the EMS incurred $502,611 in costs against $102,711 in revenue. The difference was paid through clinic revenue and IHS discretionary funds.
The Fort McDermitt Tribe last year designated the Pyramid Lake Tribe as its tribal organization in accordance with the Indian Self Determination and Education Assistance Act. Cooper says the Pyramid Lake Tribe requested $502,611 plus another $196,739 for startup costs and $136,139 for contract support costs from the IHS.
Previously, the Fort McDermitt Tribe designated Humboldt General Hospital as its base hospital for emergency medical services, but Cooper says the hospital in August 2013 notified the IHS it no longer would be the tribe’s base hospital.
“The agency explained that IHS had ‘ceased operation of the Fort McDermitt emergency medical services program’ due to its large operating deficit. Because IHS had discontinued the program, it reasoned that the base amount available for contracting was zero,” Cooper wrote in his 15-page opinion. “It therefore declined the tribe’s proposal as being ‘in excess of the applicable funding amount.'”
The Pyramid Lake Tribe responded by suing the IHS and Health and Human Services “seeking to require IHS to enter into a self-determination contract with the tribe to operate the Fort McDermitt emergency medical services program.”
Both sides sought summary judgment. HHS Secretary Sylvia Burwell also sought dismissal, “for failure to join indispensable parties, namely, other area tribes whose funding may be affected by the outcome of the case.”
Cooper held a hearing on the motions on Aug. 28.
Summing it up, Cooper wrote that Burwell “argues that because the tribe’s proposal implicates the budget for other tribes served by IHS in the region, each of these tribes is a necessary party to this action. She reasons further that because the other tribes are protected by sovereign immunity, they cannot be joined and the case therefore must be dismissed.”
After citing four other cases in Native American law, Cooper says: “The Secretary’s position is that the Pyramid Lake Tribe’s proposal would unfairly benefit the Fort McDermitt Tribe by enabling it to receive more than its share of funding, to the detriment of neighboring tribes.”
The judge says Burwell “argues in her motion for summary judgment that IHS calculates funding for programs based on the ‘tribal share’ that supports the programs that are to be transferred to the tribe” and “contends that the funding level in the Tribe’s proposal was in excess of the tribal share IHS determined the Fort McDermitt Tribe was entitled to receive.”
Burwell claims that share amount came to just $38,746, according to Cooper’s analysis. The judge added that Burwell “argues even if the emergency medical services program remained in existence,” the Pyramid Lake Tribe’s proposal exceeded that sum.
However, “IHS never advanced this tribal share argument in declining the tribe’s proposal,” Cooper found. “It cannot now be used as a post-hoc to justification for the agency’s decision.”
In denying Burwell’s motions and partially granting the tribe’s, Cooper says that while “the court will issue an order declaring that the Secretary violated the ISDEAA by denying the tribe’s proposal outright, it will not direct her to enter into the tribe’s contract at the 2012 amount.”
“Rather, it will direct the Secretary to negotiate with the tribe over what the Secretary ‘would have otherwise provided’ for the emergency medical services program had IHS continued to operate it, plus the administrative and startup cost.” 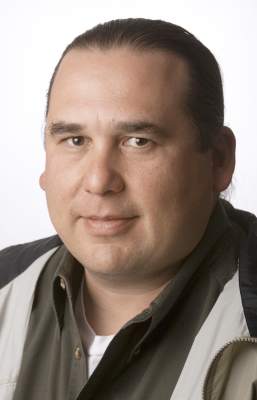