By the Associated Press

KESHENA, Wis. — Members of the Menominee Indian Tribe have endorsed the possible legalization of marijuana for medicinal and recreational use on their northeastern Wisconsin reservation, the tribe announced Friday.

In what tribal leaders called an advisory vote, about 77 percent of members voting said they backed medical marijuana. The vote was closer on recreational use, with about 58 percent of voting members saying yes.

Chairman Gary Besaw said tribal legislators will now study whether to move forward on both issues. He didn’t have a timetable for how quickly that might happen.

The Justice Department announced in 2014 it would let Indian tribes legalize and regulate marijuana, but most tribes have been reluctant to move forward with the new freedom for concern about possible public safety and health consequences. Besaw said the Menominee “have to be cautious.”

“This is all new ground we’re breaking,” Besaw said. “It’s hard to get definitive answers.”

Asked whether the tribe would consider commercial sales — selling marijuana to non-members — Besaw said only that the tribe would defer to the U.S. attorney’s office in Wisconsin in interpreting the Justice Department’s 2014 memorandum. In South Dakota, where the Flandreau Santee Sioux has announced plans to develop a pot-selling operation, the U.S. attorney has warned that non-Indians would be breaking the law if they consume pot on the reservation.

Greg Haanstad, the acting U.S. attorney for the Eastern District of Wisconsin, had no comment, a spokeswoman said.

The possibility comes on the heels of the tribe’s unsuccessful effort to open a casino in Kenosha. 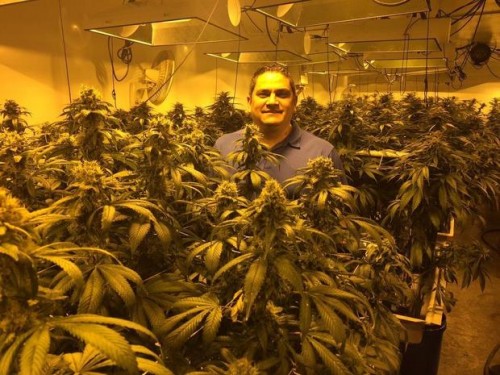