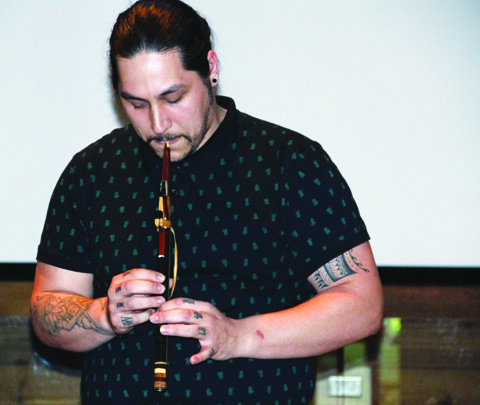 Soothing, peaceful music resonated throughout the Hibulb Cultural Center (HCC) on the night of Thursday, May 24. Around thirty community members gathered in the museum’s longhouse to listen and take part in HCC’s bi-monthly flute circle. The circle is led by Tulalip tribal member and HCC Museum Assistant, Cary Williams, and is a recent addition to the museum’s Culture Series workshops.

“I’ve been playing since 2007, so eleven years now, wow,” Cary reflects. “Growing up, I went to church at St. Anne’s and they would do an intermission with flute and from that I was inspired to pick the instrument up myself. My first flute was actually a Chinese flute that was made from maple. It was very thin and actually broke when I was climbing up a hillside where I was playing as a kid. After that, I purchased more flutes up until I met my uncle Paul Nyenhuis and he gifts me handmade flutes that he makes from his heart. I’ve been playing those since and been sharing my music with my community since I started playing. I pack them with me wherever I go and share with anyone who is interested in listening.”

Cary enlisted his uncle Paul to help encourage a new generation of flute players to join in on the fun. Paul is local flutist who constructs and plays his own collection of handmade instruments, all of which are carved from various trees such as cedar, maple and cherry and also contain their very own stories. Paul shares the story behind each flute with the community and lets them get an up-close, detailed look at each of his designs before performing a melody for the circle. Cary also performs a number of songs throughout the event, which was originally inspired by his love and passion for the Indigenous instrument. 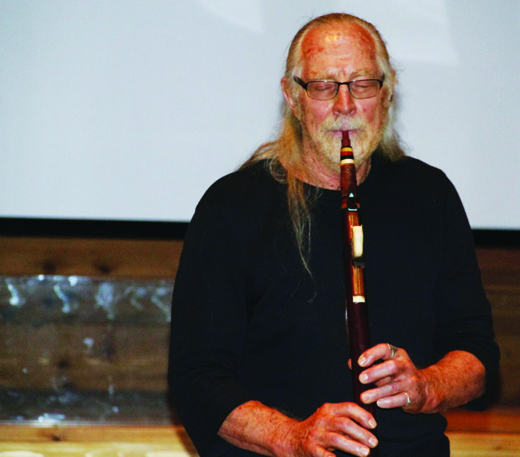 “Being a flutist myself, I wanted a space where other flutists could share a connection with each other and also share their songs with the community, the young people and the elders of the tribe,” he explains. “And to help inspire an artform that was once lost as well as encourage self-expression through music, because physically, spiritually and emotionally the flute helps out a lot.

“Personally, it helps me in my day-to-day life. If I’m overwhelmed I can play the flute and calm myself and come back to a great state of being or if I’m happy I can play a song and share that happiness as well. Just honoring our surroundings and our ancestors by playing the songs of them, speaking about the area that surrounds us, the Pacific Northwest, and talking about our salmon and that cedar tree. The music speaks on behalf of the unspoken, our ancestors and our Tribe. That’s what these songs feel like to me.”

During the circles, participants are invited to share stories and songs of the traditional instrument with one another. Everett community member, Ray Mutchler, was delighted when he heard of the flute circle through a Facebook post and attended to showcase his music. Ray and his girlfriend Carlita have been playing the instrument over the past couple years and are a part of a local Native American flute community.

“I think it’s important for people to learn how to express themselves, especially through music,” says Ray. “Creativity is an important part of life. I learned how to play clarinet in public school and it’s a hard instrument to play for improvisation. The Native American flute is almost all improvisation and that’s great for creativity and self-expression and those are great qualities to learn and possess. I’m grateful for the opportunity to come here to listen and play today.” 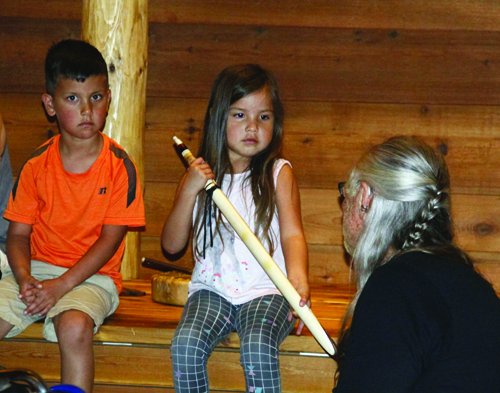 The flute circle inspired all ages, as youth and elders awed during the performances inquired about the history of the flute. Research has proven that the Native American flute has been around for centuries and is one of the oldest instruments in history, created shortly after drums and rattles. The flute is more prominently used by tribes to the south, such as Arizona and New Mexico, as well as by many Indigenous nations of the great plains, but is also an integral part of the Coast Salish culture and is used during a number of important ceremonies.

Once the hour-long flute circles have ended, a handful of youngsters are often gifted beginner flutes from Cary. However, like many instruments, the flutes choose their owners, who often have an immediate connection when first exposed to the instrument. 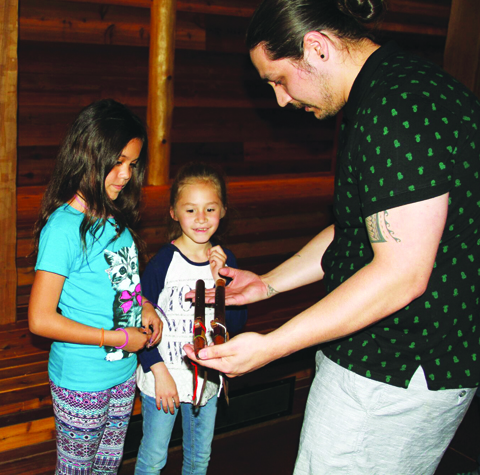 “The teachings of the flute live within you,” Cary says. “My uncle made some give away flutes for me to hold on to and when I feel that feeling to give away, I gift them to the kids. I always ask if they’re inspired to learn and the majority of the time, being a part of this event, they are very inspired to learn. So I hand them over to them like they were handed to me, with no intentions and no expectations, just to know that they have that tool now and can learn from the flute and learn from themselves by playing the notes that they like that come from the flute.”

Paul has already gifted Cary’s newborn son a small flute so he can play alongside his dad while growing up. Cary’s goal is to have his son playing by the age of three and participating in future flute circles at the museum.

The next flute circle will be held on the last Thursday of July as HCC alternates hosting the flute circles and the coastal jams each month. For further details, please contact the museum at (360) 716-2600.