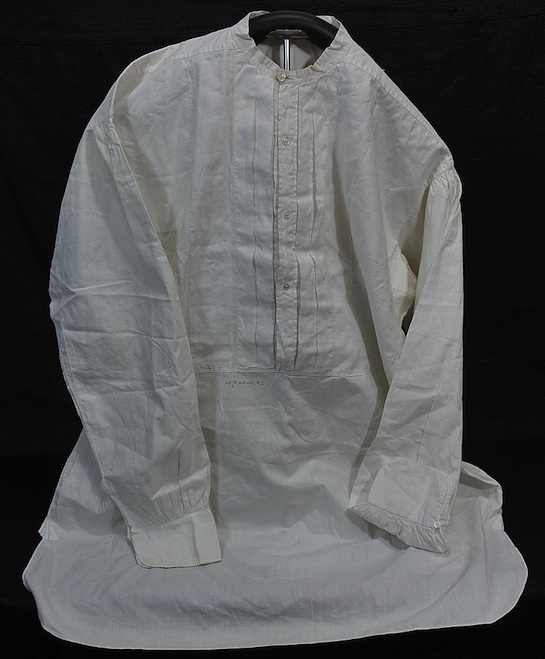 A shirt belonging to George Armstrong Custer is up for auction this Saturday. The shirt was authenticated by the Custer Battlefield Museum in Montana, according to the Saco River Auction. The estimated price is $1,000 to $1,500.

Also up for auction are artifacts that are said to be from the Battle of the Little Bighorn, where Custer and the 7th Calvary were defeated by Lakota, Northern Cheyenne and Arapaho forces in June 1876.

Get the Story:
Earliest known recording of black vocal group in the US to hit auction block this weekend (AP 11/20)