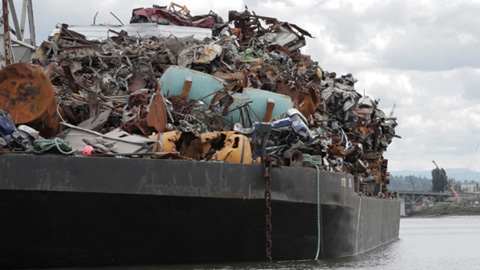 a 2012 file photo of scrap metal that environmentalists say was contributing to pollution in the Duwamish River. | credit: Katie Campbell

The strategy calls for coordinating the work of governments, non-profits and businesses already involved in the clean-up.

Constantine said bringing all the players together will improve the chances that the cleanup will work, permanently.

“We can begin to get more value for each dollar, to get more clean up, to get better environmental outcomes, and economic outcomes,” he said.

No new money was announced with the new plan, although officials said it will build upon 524-million dollars already committed by the City of Seattle and King County.

The watershed stretches 93 miles, from the Cascade Mountains to Elliott Bay in downtown Seattle. The Duwamish River flows through some of the most industrialized areas of South Seattle. It was declared a superfund site by the Environmental Protection Agency in 2001.