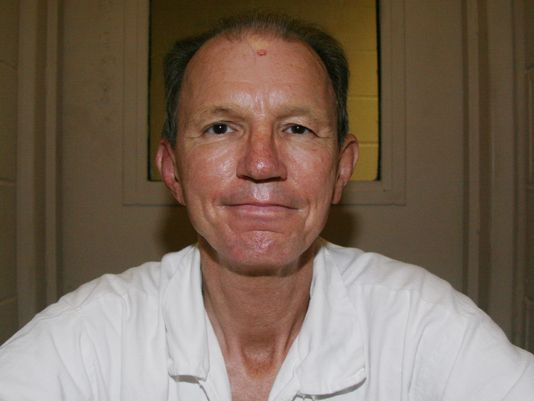 TENNESSEE COLONY, Texas (AP) — William Chance wants to connect to the spirits of his dead parents from his prison cell. All he needs is a lock of their hair for a Native American ritual he believes will help find them.

It’s not an easy task for an inmate in the Texas prison system, which considers the hair a security risk and has barred Chance’s family from delivering it. A federal appeals court says the request appears harmless and has sent the case back to a lower court for review — a ruling that could stretch Chance’s already long wait into 2014.

“The hair is just the connection to their physical spirit,” Chance, 57, said from East Texas’ Michael Unit prison, where he’s among some 85 prisoners who participate in Native American religious activities about twice a month. “This is something that our family has always done. The fact I’m not allowed to do that, it makes me feel bad.

“Sometimes I feel haunted, like I’m letting them down, and I realize my life in the past has been a pretty big disappointment for them.”

The 5th U.S. Circuit Court of Appeals recently ruled Texas should not have flatly denied Chance’s access to the hair, but agreed other requests he sought on behalf of a group of Native American prisoners were properly refused, such as smoking a nearly foot-long peace pipe and burning ceremonial herbs for what’s known as the Smudging Ritual.

Prison officials argued inmates sharing a pipe would be a risk for spreading disease and smoke from burning herbs threatened to set off fire detection systems.

But the court described the hair lock as “benign.”

Chance, whose grandmother was a Cheyenne from Lame Deer, Mont., was more than 15 years into a 65-year sentence for aggravated sexual assault when his parents died in 2008 and 2009. He asked the state to allow him possession of 4-inch locks of their hair about as thick as pencil lead for the “Keeping of Souls” practice, so he can mourn the deaths and reconnect with them for their “path to the creator.”

When the state denied the request, the Texas Civil Rights Project filed a lawsuit in June 2011 on Chance’s behalf. It argued the prohibition violates the federal Religious Land Use and Institutionalized Persons Act, which bars discrimination or unduly burdensome restrictions on individuals and religious organizations.

“The spirit of a person remains in the remnant,” said Chance, who was convicted in 1992 by a Denton County jury. “And your behavior while you’re carrying this … you give them a little spiritual power so they can travel on the way,” he explained, saying it’s like a “guardian angel.”

The Texas Department of Criminal Justice says it denied Chance’s request because items that aren’t from approved vendors could be used to smuggle in drugs and contraband. Inmates must also purchase anything they want through the prison commissary, agency spokesman Jason Clark said.

Chance does have a “medicine bag” approved by Texas prison officials that includes an 8-inch strand of horse hair threaded through a hawk’s wing bone. According to court documents, those items were procured though vendors approved by the prison system.

Attorney Scott Medlock, who handled Chance’s case, said it was “odd and very strange” the prison agency would allow Chance to have natural items such as horse hair, but refuse his request for his parents’ hair.

“He’s not making this stuff up,” Liz Grobsmith, a Northern Arizona University anthropologist with expertise in Native American religions and how they’re practiced in prisons, said Tuesday. “One of the most common basic items in the medicine bundle is a lock of the deceased’s hair.”

She said Chance “cannot follow the prescribed ritual according to his faith,” equating it to “a Catholic wanting to go to church and take communion and being told you can’t have absolution and can’t take communion.”

A scheduling conference is set next week before a federal judge in Tyler, where the hair issue is set for trial in January. In the meantime, Chance said a brother has the hair for safekeeping.

“Let’s just say I’m not happy with the 5th Circuit’s ruling because of the fact the most important parts of Native American spiritual practices were dismissed,” he said. “Spirituality of the Cheyenne people is really heart-touching.

“I’d like to have my so-called day in court.”