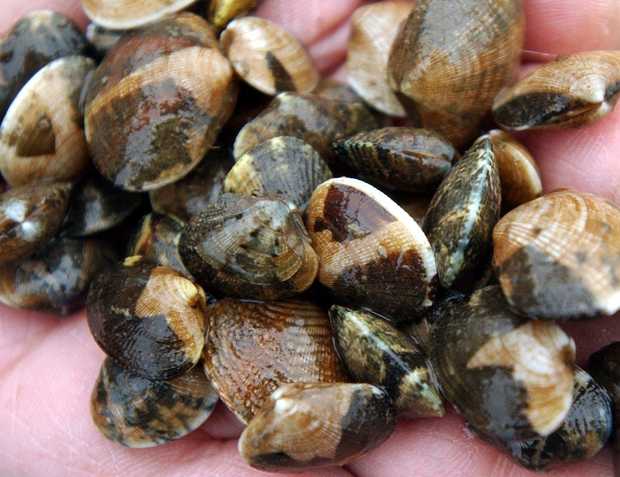 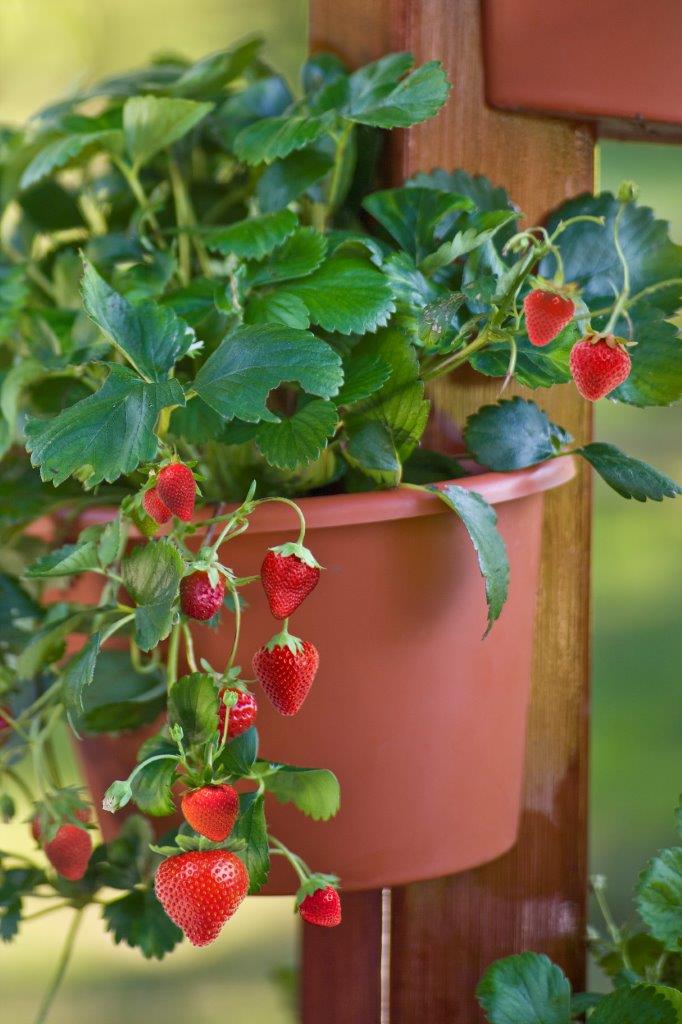 Picture yourself harvesting a few fresh strawberries for your cereal in the morning or perhaps picking a few apples from your own backyard tree to cook up into a pie.  It is possible, even if you garden on a balcony or small lot. And even if you have plenty of space, you will still appreciate the fun and convenience of reaching out the backdoor and harvesting some homegrown fruit.

Strawberries are excellent container plants. Grow everbearing or day neutral varieties, so you will be harvesting strawberries throughout the growing season. Reduce your workload and increase success with a self-watering hanging basket (gardeners.com).  Or dress things up a bit more with a decorative container.  The haystack hanging baskets have the beauty of the coco fiber lined planters, but require half the watering. The AquaSav™ liner is a combination of coir and recycled plastic designed to conserve moisture. This means better results with less watering.

But don’t stop there. Add some dwarf fruit trees to your patio plantings. A dwarf apple, peach or pear will provide beautiful spring flowers, nice foliage for the summer and fruit for you to enjoy. Select self-fertile varieties, those that only require one plant to produce fruit, if space is limited. Grow your dwarf trees in large weather-proof pots with drainage. Those in cold climates will need to provide some winter protection, but the first harvest will make that extra bit of work well worth the effort.

Or try your green thumb at growing lemons, limes and other citrus in a container. The fragrant flowers and glossy green leaves are a beautiful prelude to the tasty fruit. Even cold weather gardeners can put their green thumb to the test by growing a Meyer lemon, Kaffir lime or other citrus in a container.  Just move the potted plant indoors for the winter and back outdoors next season once the danger of frost has passed.

And don’t forget the blueberries that are high in antioxidants and flavor.  These nutritious beauties require moist well-drained acidic soil. Something most gardeners do not have. This makes growing them in containers, where you control the soil, a good option. Blueberries provide seasonal interest with their nodding white bell-shaped flowers in spring, colorful fruit in summer and yellow, orange or red color in fall.  Though only one plant is needed to bear fruit, keep in mind that your harvest will more than double if you grow two.

So survey your patio, deck, balcony or garden for space to add a container or two of fruiting plants that are sure to add beauty and flavor to your garden and meals this season.