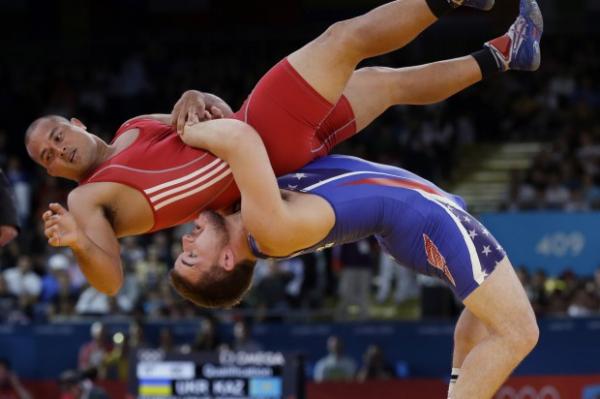 In February, the International Olympic Committee (IOC) in Switzerland announced that wrestling will likely be voted out of the Olympics. Wrestling has been a fixture of the Olympics since 708 B.C. and is considered by many to be the oldest competitive sport.

According to the Associated Press, the IOC reviewed the 26 sports listed on the current Olympic program and could eliminate wrestling–both freestyle and Greco-Roman–in a final vote later this year to make way for the inclusion of a new sport such as rugby or golf in the 2020 games. The IOC’s recent decision has drawn massive criticism in banning a sport that has long been connected to the Olympics and is even mentioned in the Bible.

Wrestling was voted out from a final group that also included the modern pentathlon, taekwondo and field hockey. Wrestling now joins baseball, softball, karate, squash, roller sports, sport climbing, wakeboarding and wushu (full contact Chinese martial arts) as candidates for the 26th and final spot. Though the IOC’s decision is based in part upon contemporary sports popularity, some in Indian country say there are consequences that the IOC committee may not have considered.

“When you are a basketball player you dream of the NBA, when you are a football player you dream of the NFL. When you are a wrestler, it is the Olympics, that is the pinnacle,” says Troy Heinert, the varsity wrestling coach for Todd County High School on the Rosebud Reservation in South Dakota and a South Dakota State Representative. “When you are taking that away, the ones I really feel bad about are the college wrestlers right now. They are going through tough college seasons looking forward to tryouts and maybe making the Olympic team once their college career is finished.

“I think this was a terrible decision by the IOC,” says Heinert. “This means for the 2016 Games that will be the end of wrestling. I cannot see why this is a logical choice especially when so many countries around the world participate in wrestling in the Olympics.”

According to Heinert and Stephanie Murata, Osage and a former national women’s wrestling champion, the efforts to completely remove the sport from the Olympics have not as of yet been finalized, despite wrestling being voted out in the initial round of voting for 2020.

“Wrestling has not really been removed yet, it is just a recommendation as far as the different sports from which and will be removed,” says Murata. “There has not been a final decision yet, there are two more Olympic IOC meetings. One will be in St. Petersburg and the other, final decision, which is the one that is the most concerning, will be in Buenos Aires in September.”

Both Murata and Heinert say that the IOC’s decision is most likely based on a desire to embrace contemporary sports, but wrestling–with all of its tradition and history—should not be removed. For Murata, a woman wrestler feels an even greater desire to see the sport retained. Women’s wrestling wasn’t admitted into the Olympic program until 1996.

Regardless of the recent vote by the IOC, the international wrestling world is not going to go down without a fight.

“I know there has been a push by the wrestling community and governors from different states across the country and they are petitioning the IOC to reinstate wrestling,” says Heinert. “The talk I have heard is that the United States, Russia, Iran, China – the bigger countries that have competed in the Olympics and European countries are going to have to make that big push. Russia has former Olympic wrestlers in Parliament and they are working very hard and putting pressure on the IOC.”

Heinert is even taking the matter into the legislative system. “Our governor here in South Dakota signed onto a bill of legislation with other governors to ask for wrestling to be reinstated. South Dakota does have an Olympic gold medalist. I am a legislator in South Dakota and next year I will be bringing a resolution to both houses to be sent to the IOC,” he said. “This may flood [mixed martial arts] with potential Olympic wrestlers. You went to high school, you went through college… a lot of these guys have wrestled since they have been four years old, for the last 20 years, they have been training themselves to be a wrestler.

“Without the Olympics, what is your draw? When you see a trainer who is an Olympic gold medalist or an Olympic wrestler, that draws you to that camp instantly. You will see a decline in camp enrollment I think. “Wrestling is important to us, it goes back to when we were training for warfare. Not just in the Roman days but we as Lakotas,” says Heinert. “It has been here, since we have been here.

“A national title, and being All-American is something to be extremely proud of, it takes a lot of skill and a lot of hard work. But I cannot imagine there’s anything like holding a gold medal for your country,” said Heinert. “Hopefully the IOC will see the mistake it is making and reverse its decision.”