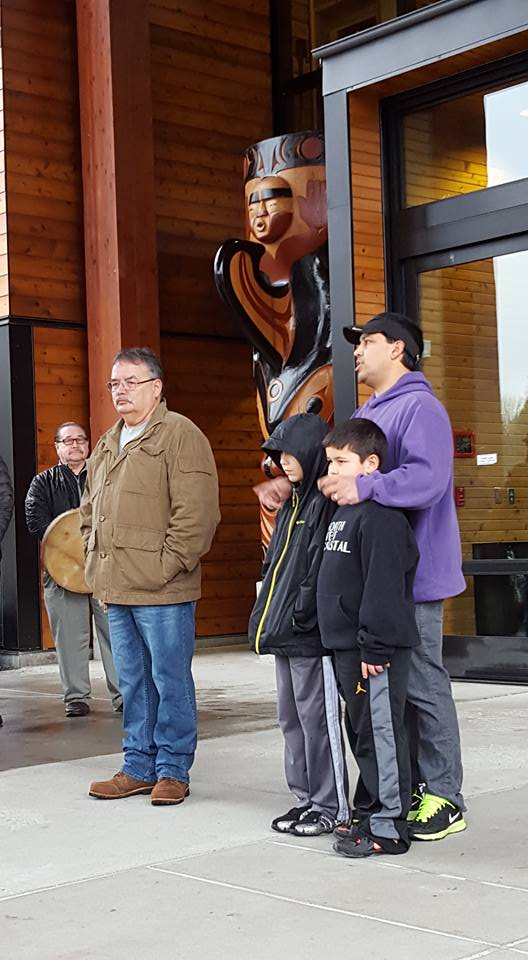 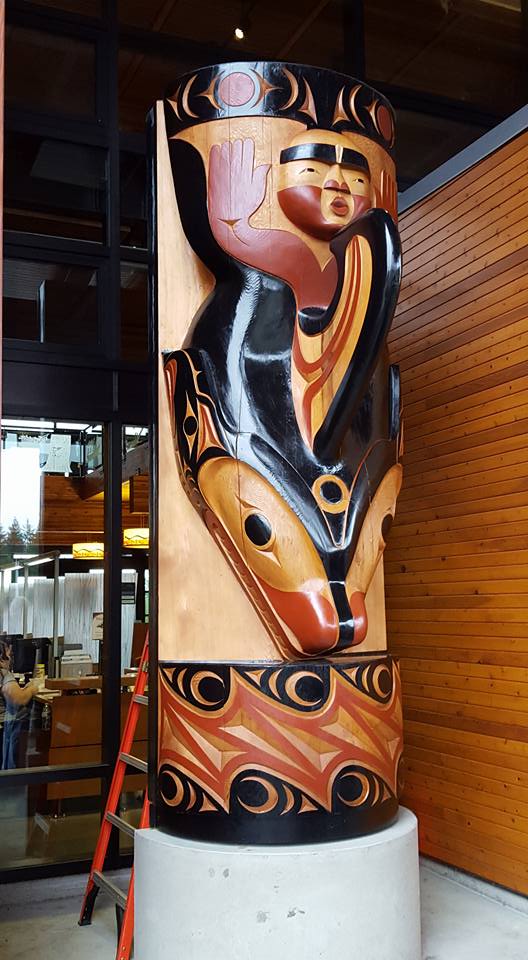 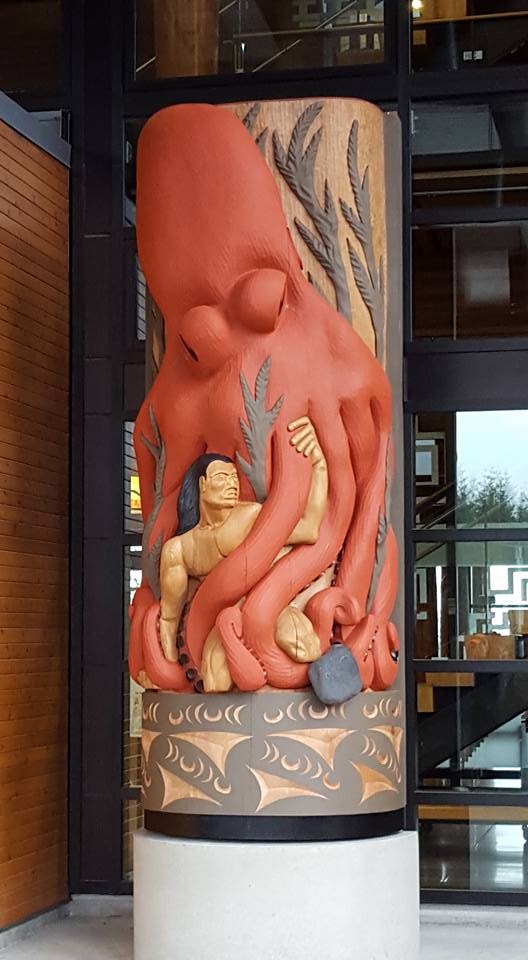 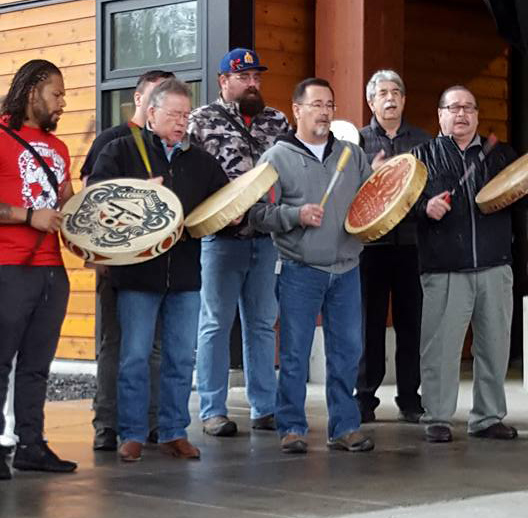 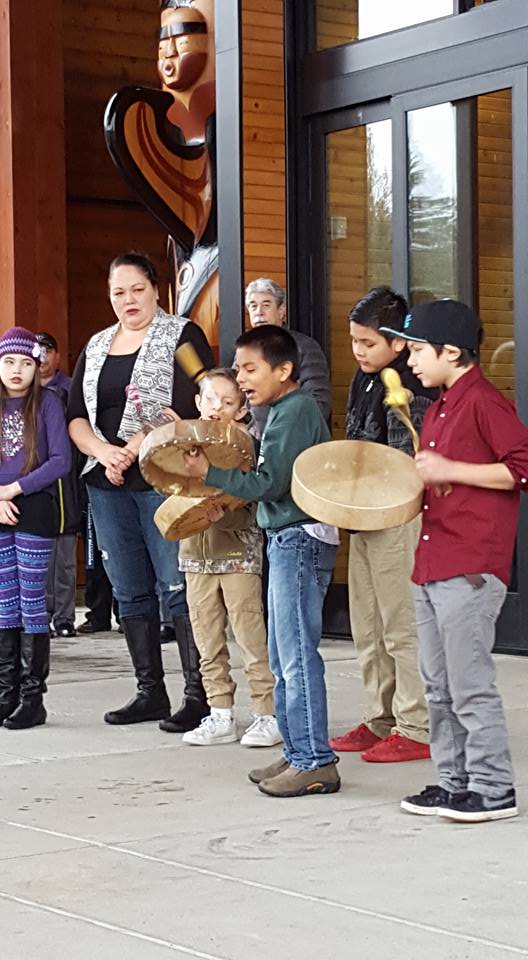 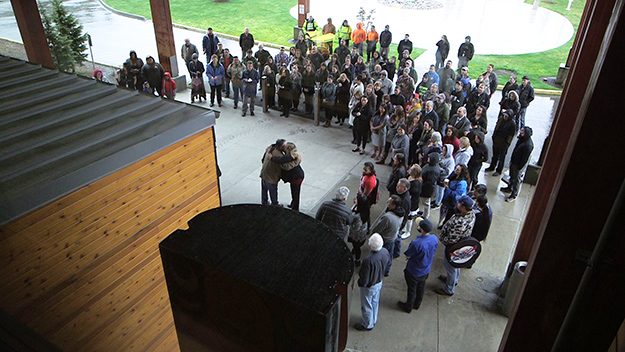 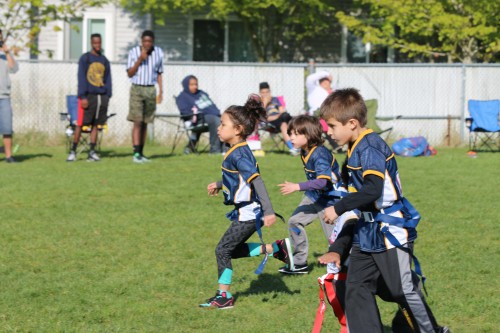 Six spots are still available on the Chargers team. Head coach is Deyamonta Diaz and assistant coach is Selena Frajman. Practices are every Thursday, 4:30 -5:30 p.m., and Friday 5:30-6:30 p.m.

If you are interested in having your child join any of the available teams, please contact Tori Torolova at360-716-3400. 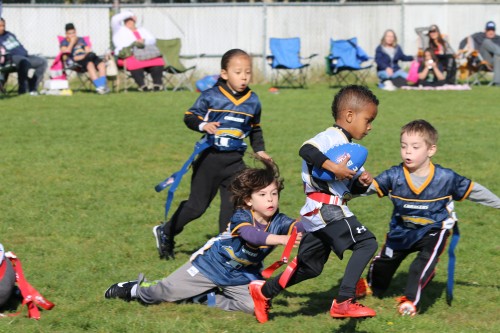 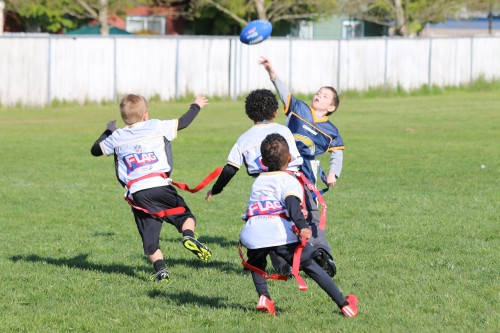 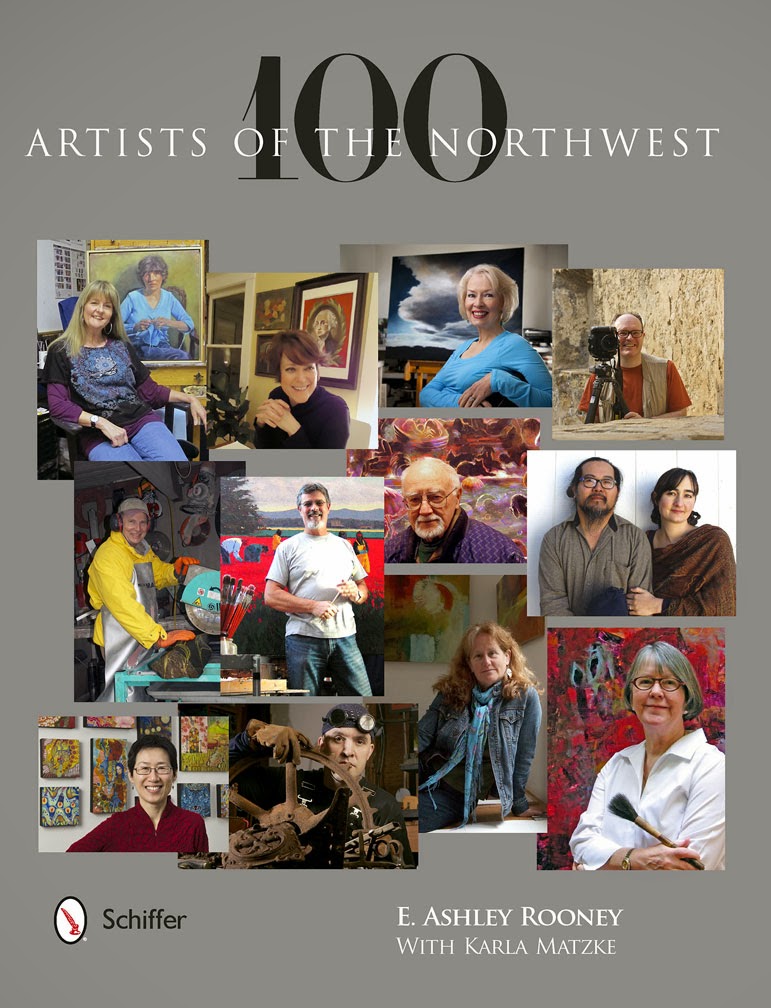 Rooney has written other books highlighting regional artists in New England, the Mid-Atlantic, the Midwest and the South.

Beginning March 1, the Matzke Fine Art Gallery and Sculpture Park features 25 of the 100 artists featured in the Northwest book. A book signing, opening party and potluck goes from 4 to 9 p.m. Saturday. The gallery and park are at 2345 Blanche Way on Camano Island.

People can see the show on weekends through April 13.

The 25 artists showing represent the artistic vibrancy of the Northwest region, Matzke said.

“Using paint, sculpture, glass, oil, clay, wood and other contemporary mediums, these 21st century artists combine, redesign, and transform their materials into pieces of works that change the way we perceive art in the Northwest,” Matzke said.

The book, which includes a guide to galleries, sculpture parks, museums and schools, is available for sale for $38 at the gallery.

On April 25, 26 and 27, Matzke will host her Stone Carving Workshop and Retreat for beginning carvers and more experienced sculptors. 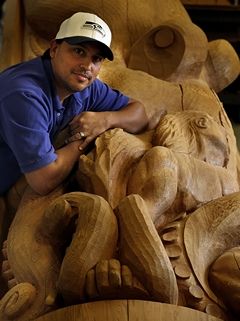 Computers, scanners and other bits of high tech play a part in what is produced at the studio of famed Tulalip Tribes artist James Madison.

At the heart of his carvings, paintings, glass and metal sculptures, however, is what Madison learned as a boy sitting at his grandfather’s kitchen table — the way to hold an adze, respect for Coast Salish and Tlingit cultural traditions, a good work ethic and an appreciation for beauty.

“Everything my grandpa knew, he taught me and my cousin, Steven. He was grooming us to carry on,” said Madison, now 40. “He taught us the stories and their messages, and how to carve. It was like learning to walk. It was just something that happened naturally.”

Madison’s artwork is displayed locally and throughout the state and country. It even has been featured on the TV show “Grey’s Anatomy.”

Named Snohomish County’s 2013 Artist of the Year by the Schack Arts Center, Madison is busy this week putting up a show at the Russell Day Gallery at Everett Community College.

“Generations 2,” which includes work by Madison, his grandfather, father, uncle, cousin and young sons, opens Feb. 10, with a reception set for 6 p.m. Feb. 13 at the college gallery. It will be exhibited through March 14. A previous show, “Generations,” also included artwork by family members.

“The show pays respect to the people who taught me and gave me the tools I use today,” Madison said.

Madison’s sculptural work can be seen on Colby Avenue in downtown Everett, on the community college campus, on the Tulalip reservation and in the form of a bronze husky in front of the University of Washington football stadium.

“That sculpture was important to me because football has always been a part of my life, too,” he said.

One of Madison’s major works is the 24-foot story pole in the hotel lobby at the Tulalip Resort and Casino. His sculptures also can be seen at the Hibulb Cultural Center, in Cabela’s at the Tulalip shopping mall, at Lighthouse Park in Mukilteo, Kayak Point County Park, Providence hospital, the Burke Museum and in the cities of Stanwood, Marysville, Shoreline, Whistler and New York.

Along with learning traditional arts, Madison was still a child when his father was attending art school and learning about abstract painting.

“Dad gave me the fine arts side,” Madison said. “It gave me the means to take what I do and give it a modern twist.”

After graduating from Everett High School and Everett Community College, Madison earned a degree in fine arts from the University of Washington.

“I am in a position now to publicly express our history to non-Indians, so they can know who we are,” Madison said. “I am trying to do my best to keep our culture alive. I bring my sons with me as much as I can, so they can learn in the same manner I did.”

Among other things, Madison currently is working on another story pole. It is being carved from the same 998-year-old, 135-foot cedar log — a blow-down from the Mount Baker-Snoqualmie National Forest — that was used for the story pole at the Tulalip Resort.

“This is a dream come true for all of us,” he said, motioning to friends and relatives working nearby.

“Being named artist of the year last February, at age 39, made me proud of all of our hard work. It was an accolade that gave me satisfaction and made me feel that it is possible to do anything.

“I push myself because that is how I was raised. And the more I do, the more I can acknowledge my people and my family.” 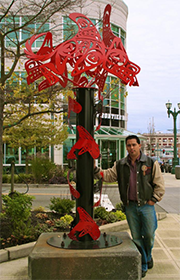 James Madison stands next to his “Transformation of the Seawolf” sculpture in downtown Everett.

The “Generations 2” exhibit at EvCC’s Russell Day Gallery will feature traditional Salish and Tlingit artwork in contemporary mediums such as glass, bronze and stainless steel. See the artwork and watch a performance by Native American dance troop Northern Star Dancers at a reception at 6 p.m. Feb. 13 in the gallery.

The Madison cousins grew up immersed in their culture and learned to carve at their grandfather’s table. Richard Madison, an abstract painter, taught James contemporary art mediums and how to understand European artwork when he was a child.

Many of James Madison’s large-scale pieces can be seen at the Tulalip Resort and Casino, including a 24-foot story pole. His work has been displayed in Washington, New York, New Mexico and Canada, including in downtown Everett and at Everett Community College, and on the TV show “Grey’s Anatomy.” He was named Snohomish County Artist of the Year in 2013. He earned his bachelor’s degree in fine arts at the University of Washington and created a bronze sculpture for Husky Stadium.

For more information, visit www.everettcc.edu/gallery or contact Kammer at gkammer@everettcc.edu. 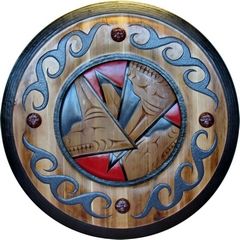 For instance, Madison will create an aluminum sculpture depicting salmon in a fish ladder that represents the life of the Snohomish people, one of the Tulalip tribes.

Madison puts that modern twist on tradition in his upcoming exhibit, “Generations,” at the Schack.

That exhibit will show Madison’s commitment to sharing traditional native art using a contemporary approach and it also honors Madison as the Schack’s pick for 2013 Artist of the Year.

In a prepared statement, Madison said that he strives to “create art with an open mind in the sense that I am always thinking of new ways to add a modern twist to a traditional piece. This allows for me to help keep my culture alive. As we move into the future, so does the teachings of my ancestors.”

Madison was surrounded by art and the culture of the Tulalip Tribes as a child. At the age of 8, Madison learned how to carve at his grandfather’s kitchen table. Madison’s father, an abstract painter, encouraged Madison to try sculpting. And his uncle, a teacher, shared stories of American Indian culture.

Madison said these influences led to his intense interest in art and his native heritage.

Madison’s work can be seen beyond the Schack.

He is best known for large-scale pieces, including a 24-foot story pole, at the Tulalip Resort and Casino. He has pieces displayed at many of Washington’s state parks, as well as museums and galleries in New York, Alaska and Canada.

TULALIP, Wash.- Recently Providence Medical Center and Tulalip Tribes have been strengthening their relationship so that both may benefit; staff at Providence will have more knowledge about what tribal member’s needs are in times of crisis and tribal members will feel more at ease while in the their care.

The old surgery waiting room has been remolded and is designed to accommodate traditional practices when tribal members are hospitalized.   The new room called the Tulalip Community Room has been set-aside for tribal members to use and features a variety of sitting areas, a TV, phone, a small kitchenette, a computer with Internet access. The room also features elegantly carved art pieces by James Madison and Joe Gobin that decorate the walls,

and a large timeline of Tulalip Tribes history welcomes visitors as they walk in.

Tulalip Community Room is designed to provide comfort and privacy for family members and space to accommodate large gatherings.

“Especially in crisis time, all of our friends and family want to be there to give them [each other] a handshake, a hug. That’s how we are during crisis,” stated Don about the larger and quieter rooms.

Providence and Tulalip plan to meet every six months in order to address any underlying issues that may occur while tribal members are hospitalized.

“You’re an important and special part of our community,” said CEO of Providence Medical Center David Brooks. “I appreciate meeting here today and having open communications.”