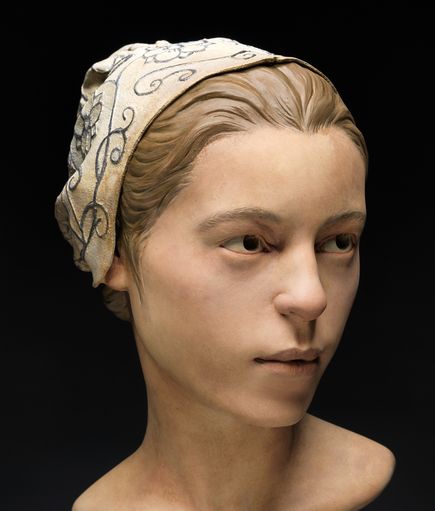 Suspicions of cannibalism at the Jamestown Settlement have been around for a long time. Those suspicions were confirmed May 1 when the Smithsonian Institution, Colonial Williamsburg and Preservation Virginia released findings from remains that that back to the harsh winter of 1609-1610, also called the “starving time.”

A portion of skull and tibia of a 14-year-old girl—named “Jane” by researchers—were found among dog and horse bones in 2012 during an excavation at James Fort.

“This discovery may confirm a number of 17th century references which describe the starving time and the desperation of the colonists and that some of them resorted to living off the people that died first,” said William Kelso, chief archaeologist with the Jamestown Rediscovery Project, in a press release.

Doug Owsley, the division head for physical anthropology at the Smithsonian’s National Museum of Natural History, detailed that four shallow chops to the forehead indicate an initial attempt to open the skull. He said the back of the head was also struck by a small hatchet or cleaver, and sharp cuts and puncture marks on the mandible show tissue was removed from the face and throat using a knife.

“The desperation and overwhelming circumstances faced by the James Fort colonists during the winter of 1609–1610 are reflected in the postmortem treatment of this girl’s body,” Owsley said in a press release. “The recovered bone fragments have unusually patterned cuts and chops that reflect tentativeness, trial and complete lack of experience in butchering animal remains. Nevertheless, the clear intent was to dismember the body, removing the brain and flesh from the face for consumption.”

Researchers believe the young girl was dead before she was consumed.

Jamestown was the first settlement of the Virginia Colony established in 1607. Stories of cannibalism, including one about a man killing, “salting” and eating his pregnant wife, are not new. The man was later executed.

James Loewen mentions it in Lies My Teacher Told Me: Everything Your American History Textbook Got Wrong when talking about why we ignore Jamestown. “Historians could hardly tout Virginia… The Virginians’ relations with the Indians were particularly unsavory… the early Virginians engaged in bickering, sloth, even cannibalism. They spent their early days digging random holes in the ground, haplessly looking for gold instead of planting crops. Soon they were starving and digging up putrid Indian corpses to eat or renting themselves out to Indian families as servants,” he wrote.