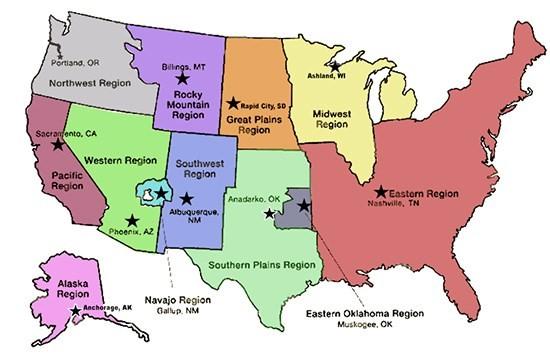 The Interior Department has published the latest report on the American Indian population and labor force, updating and improving on the previous report that was published in 2007 with data from nine years ago.

The 2013 American Indian and Labor Force Report was published January 16 and sent to Congress as mandated by Public Law 102-477– the Indian Employment, Training, and Related Services Demonstration Act of 1992.

Spoiler alert: This report full of statistical tables and charts is not your relaxing bedtime easy-to-read government report (if indeed such a report exists).

Some of the report’s main findings are:

— About 50 percent of all the Native Americans studied, who are 16 years or older, are employed either full or part time in civilian jobs.

— Approximately 21 percent of all Native American employees work for a government (federal, state, local, or tribal).

— In some states, less than 50 percent of Native Americans 16 years or older among those studied are working.

— An estimated 23 percent of all Native American families in the United States in 2010 earned incomes that are below the poverty line.

— The highest estimated rate of poverty is in South Dakota, with 43-47 percent of Native American families in 2010 earning incomes below the poverty line.

The report is produced and published by the Bureau of Indian Affairs (BIA) under Assistant Secretary for Indian Affairs Kevin Washburn, who had promised its completion in 2013. The two-week delay in publication was caused in part by the two-week government shutdown last October.

“It was a tough year with the government shut down and sequestration so everything suffered a bit and, quite frankly, this report is quite a challenge,” Washburn told Indian Country Today Media Network.

Washburn said he hopes the report, together with other data, will be useful in determining relative needs for resources in different regions across Indian country. But “[I]t will always necessarily be a historical document. We simply do not have the staff to produce up-to-the-minute data, and the report is called for only once every two years. That said, it can give a general impression of relative need.”

The Interior Department came under fire by Congress last summer for the delay in publishing the report. The report is supposed to be published every two years, but the department didn’t produced a report in 2009 or 2011. Washburn, who was appointed in late 2012, got the report out in a little over a year.

The law mandating the report doesn’t provide funding for it. One full-time employee – an economist – was assigned the task of producing the report. “It would take a small army of researchers to capture all the nuances so we are limited. The idea is to have higher quality data produced and this report does have higher quality data than previous reports because we were much more careful about the methodology.”

But it’s a question of priorities, according to Washburn. Although the report is “not unimportant,” Washburn said he didn’t want to pull human resources from other important aspects of the BIA’s mission “and I’m not sure Congress would like us to. I don’t think Congress wants us to be a statistical agency. I think it wants us to provide services to Indian people. I think it’s going to be hard for us to regularly produce high quality statistical reports.”

So why not hand the task over to the Census Bureau or Labor Department with their armies of researchers with expertise in statistics?

“I’m not authorized to do that,” Washburn said.

Until Congress considers such a hand-over, the BIA will consult more with Indian country “to find how they think we could be doing this report more effectively… We have an obligation if we produce a report there has to be some integrity to it and a certain level of quality is required,” Washburn said. “And that’s difficult to achieve with our limited resources.”