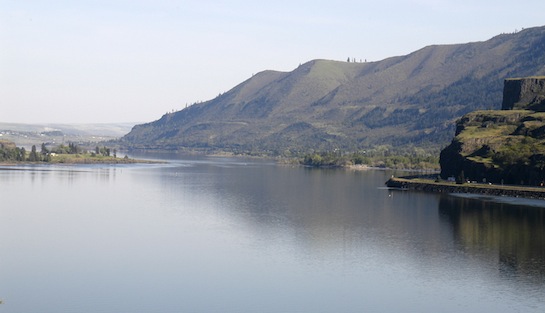 A view of the Umatilla Reservation in Oregon. Photo from Facebook

The Interior Department plans to spend $12 million on the Umatilla Reservation in Oregon as part of the Land Buy-Back Program for Tribal Nations.

The tribe has already identified 400 parcels of highly fractionated interests. DOI will be negotiating with more than 5,000 owners in hopes of consolidating the land.

“We are well-positioned to work with owners of fractionated allotments in purchasing back our lands for the common interest of our tribal members,” Chairman Gary Burke said in a statement to The East Oregonian. “We have and will continue to develop land management plans that will ensure our survival now and for future generations.”

The Cobell settlement provided $1.9 billion for Indian landowners who want to sell their fractionated interests. DOI will pay “fair market value” as required by the Indian Land Consolidation Act.

Participation is entirely voluntary. Any land that is acquired through the program will be returned to tribal governments.

Get the Story:
CTUIR begins to buy back lost land (The East Oregonian 6/7)

Offers Aim to Consolidate Fractionated Lands for Tribal Development; Will Be Valid for 45 Days as Part of $1.9 Billion Land Buy-Back Program
Office of Public Affairs – Indian Affairs
Office of the Assistant Secretary – Indian Affairs
U.S. Department of the Interior
WASHINGTON, DC – In another step to fulfill President Obama’s commitment to strengthen Indian communities, the U.S. Department of the Interior today announced that the Land Buy-Back Program for Tribal Nations (Buy-Back Program) has sent purchase offers to nearly 16,000 individual landowners with fractionated interests in parcels on the Pine Ridge Reservation in South Dakota. Totaling more than $100 million, these offers will provide landowners the opportunity to voluntarily sell their fractionated interests, which would be consolidated and held in trust for the Oglala Sioux Tribe of the Pine Ridge Reservation.
“The success of the Buy-Back Program is vitally important to the future of Indian Country,” said Kevin K. Washburn, Assistant Secretary for Indian Affairs. “Consolidating and returning these lands to tribes in trust will have enormous potential to unlock tribal community resources. While we know that it will be a challenge to reach all landowners, we are committed to exhausting all efforts to make sure that individuals are aware of this historic opportunity to strengthen tribal sovereignty by supporting the consolidation of tribal lands.”
The goal of the Buy-Back Program is to strengthen self-determination and self-governance for federally-recognized tribes. The Program implements the land consolidation component of the Cobell Settlement, which provided $1.9 billion to purchase fractionated interests in trust or restricted land from willing sellers at fair market value. Individuals who choose to sell their interests will receive payments directly in their IIM accounts. Consolidated interests are immediately restored to tribal trust ownership for uses benefiting the reservation community and tribal members.
Land fractionation is a serious problem across Indian Country. As individually-owned lands are passed down through several generations, they gain more and more owners. Many of these tracts now have hundreds and even thousands of individual owners. For many of these owners with fractionated interests, the land has very little practical value. Because it is difficult to gain landowner consensus on the use of these lands, the parcels often lie idle and cannot be used for any beneficial purpose.
The Pine Ridge Reservation is one of the most highly-fractionated land ownership locations in Indian Country. The vast majority of landowners with purchasable interests have received offers– and have been located in 46 states across the country.
Interior has worked cooperatively with the Oglala Sioux Tribe over the past several months to conduct outreach to educate landowners about this unique opportunity, answer questions and help individuals make a timely decision about their land. Many owners have already been paid in response to offers delivered in December 2013.
Early purchases from willing sellers at Pine Ridge have resulted in the consolidation of thousands of acres of land for the tribe and in payments to landowners exceeding $10 million. While the amounts offered to individuals have varied, some owners have received more than $100,000 for their interests. On average, payments to individuals have been made within seven days after Interior received a complete, accepted offer package.
Purchase offers are valid for 45 calendar days. Owners must accept and return current purchase offers for fractionated lands on Pine Ridge by May 2, 2014.
For information about outreach events at Pine Ridge where landowners can gather information in order to make informed decisions about their land, contact the Oglala Sioux Tribe’s Buy-Back Program at 605-867-2610.
Landowners can contact their local Fiduciary Trust Officer or call the Trust Beneficiary Call Center at 888-678-6836 with questions about their purchase offers. More information is also available at:http://www.doi.gov/buybackprogram/landowners.
Sellers receive fair market value for their land, in addition to a base payment of $75 per offer, regardless of the value of the land. All sales will also trigger contributions to the Cobell Education Scholarship Fund. Up to $60 million will go to this fund to provide scholarships to Native American students. These funds are in addition to purchase amounts paid to individual sellers, so contributions will not reduce the amount paid to landowners for their interests. The Scholarship Fund will be governed by a board of trustees and administered by the American Indian College Fund in Denver, Colo., with 20% going to the American Indian Graduate Center in Albuquerque, N.M.
Interior holds about 56 million acres in trust or restricted status for American Indians. The Department holds this land in more than 200,000 tracts, of which about 93,500 – on nearly 150 reservations – contain fractional ownership interests available for purchase by the Buy-Back Program. There are more than 245,000 landowners, holding more than 3 million fractionated interests in parcels, eligible to participate in the Program.
Individual participation is voluntary. A decision to sell land for restoration to tribes does not jeopardize a landowner’s ability to receive individual settlement payments from the Cobell Settlement, which are being handled by the Garden City Group.

The Senate Indian Affairs Committee will hold a hearing on Wednesday to discuss the Land Buy-Back Program for Tribal Nations.

The Cobell settlement provided $1.9 billion for Indian landowners who want to sell their fractionated interests. The program is entirely voluntary.

The Obama administration initially planned to make the first purchases by the end of this year. That doesn’t appear to be happening as the Interior Department recently said it would expand outreach efforts through March 2014.

“This is a major step forward toward strengthening tribal sovereignty by supporting consolidation of tribal homelands,” Interior Secretary Sally Jewell said in a press release last month. “We are moving quickly to establish individualized cooperative agreements, which address the specific needs of each tribe and provide resources for tribal communities to implement the program. Although the task ahead is challenging, we have been given a historic opportunity to work together with Indian Country to meet this challenge.”

The Indian Land Consolidation Act requires DOI to pay “fair market value” for the fractionated interests. Once they are acquired, the land will placed in trust for tribes.

Wednesday’s hearing takes place at 2:30pm in Room 628 of the Senate Dirksen Office Building. It coincides with a nomination hearing for the Special Trustee for American Indians.

Committee Notice:
OVERSIGHT HEARING to receive testimony on “Implementation of the Department of the Interior’s Land Buy-Back Program.” (December 11, 2013)