LUMMI – Tulalip Heritage Hawks ended their regular season with a game against rival Lummi Nation Blackhawks on Thursday, January 29.  The Hawks, who made the trek to Lummi for the game, were banking on a win before entering district games.

Going into the second quarter the Hawks tied the game at 17-17 but quickly lost the lead going into halftime. Unable to secure a lead over Lummi the Hawks took a loss with a final score of 45-58, leaving them as the second place Northwest 1B league leader.

Both teams will enter the 1B league  2015 District 1 Boys Basketball Tournament on February 7, played at Mount Vernon Christian High School. 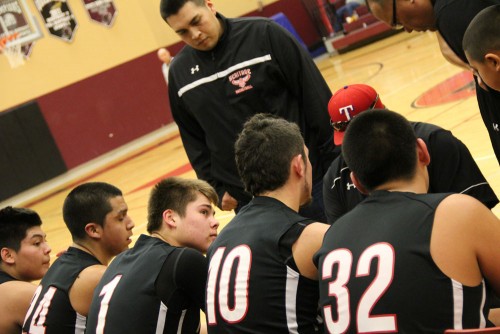