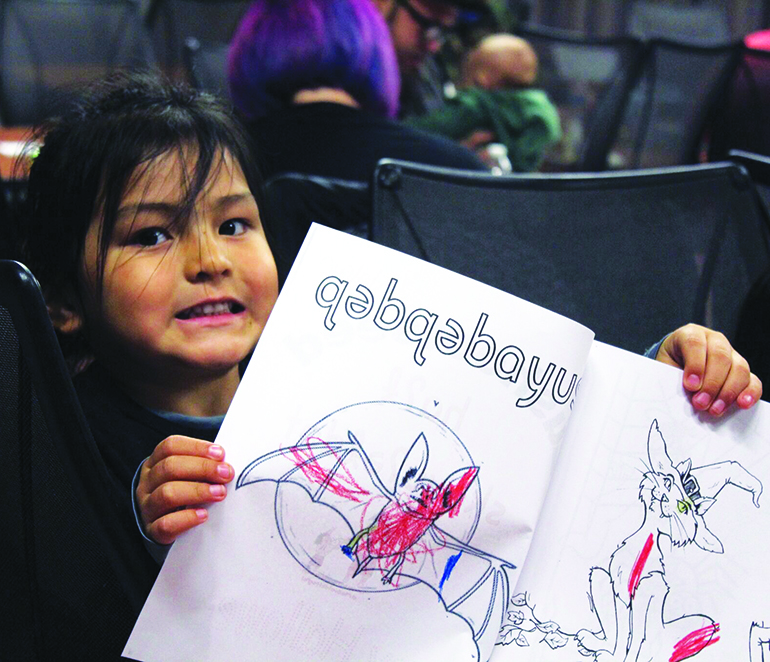 At the beginning of the 2017-18 school year, the Betty J. Taylor Early Learning Academy, the Lushootseed Language Department and the Rediscovery Program teamed up to bring Family Cultural Gatherings to the young students of the Academy and their families. The gatherings are held at the Academy every Tuesday and alternate between a one-hour class at 12:00 p.m. and a two-hour class at 5:00 p.m. weekly. Families can learn traditional Tulalip Lushootseed Language by means of storytelling, song and interactive lessons.

“We really want to build that connection between our language and culture back to the families so that they can really have a feeling of what the kids are learning in school,” explains Betty J. Taylor Early Learning Academy Director, Sheryl Fryberg. “We want to share that value; I think that the Lushootseed Department does a really great job of sharing that value. We want our families to have an opportunity to learn Lushootseed too, with our kids.” 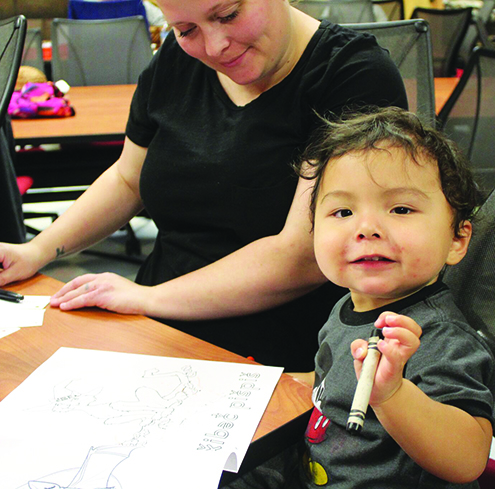 The revitalized traditional Coast Salish language is currently offered at all levels by the Lushootseed Language Department. The language is being spoken to and utilized by students at the Early Learning Academy,

Quil Ceda Tulalip Elementary and Tulalip Heritage High School. The Language Department also offers Lushootseed 101, a college course through Northwest Indian College, to the employees of the Tulalip Tribes. This past summer, the Annual Lushootseed Language Camp was a huge success as over one hundred and sixty youth participated in the week-long language camp.

The Academy wanted to bring this experience to the parents and siblings of their students, and the Cultural Gatherings presents the perfect opportunity for students to practice the language outside of the classroom. During the Cultural Gatherings, parents and students learn words, phrases and songs alongside one another.  A meal is prepared by the Academy for the participants and each gathering begins with a joint prayer, in Lushootseed, to bless the food. The Language Department creates a fun learning experience for the families with book readings, flash cards, and songs as well as arts and crafts. Many students are familiar with the words and often assist their parents with pronunciation. 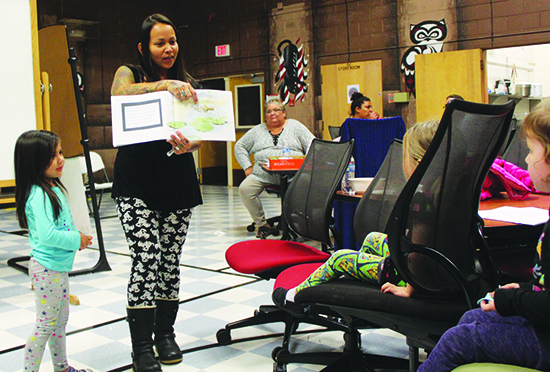 “It’s encouraged for each family to attend at least one of the classes we offer,” states Lushootseed Language Teacher, Natasha Gobin. “We’re trying to teach the families what the kids are learning in school because we know that when the kids go home, they’re trying to get their parents to learn [the language] with them. If they point out any of the animals and are saying the words in Lushootseed to their parents, quite often the parents are like ‘I have no idea what you’re saying’, so we’re trying encourage the families to engage in that learning and make it relevant in the home which in turn empowers the kids when they start using the language.” 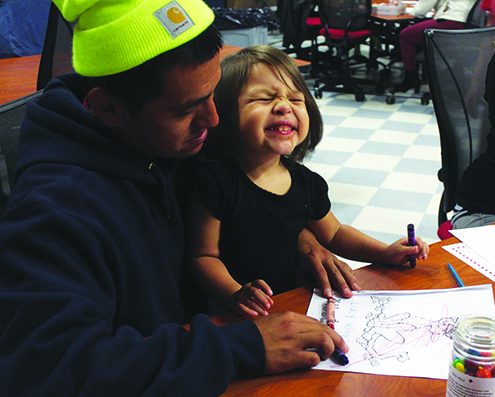