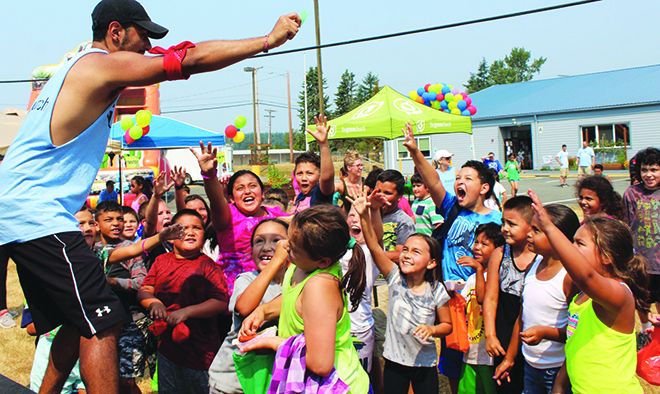 During the first week of August, members of the Marysville Grove Church brought their outreach work to the Tulalip community. Every summer the church spends five days in each of its surrounding communities, including Tulalip, Lake Stevens, Everett and Stanwood, providing beautification services to specific worksites within those communities.

Established in 2011, the volunteer-based outreach campaign is known as iheart. In previous years, iheart worked in various areas throughout the Tulalip reservation, revamping local buildings, ball fields, schools as well as the Boys and Girls Club. This year, volunteers dedicated all of their efforts to remodel one building. 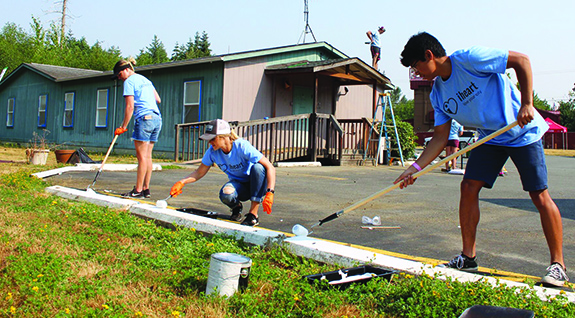 “Our site this year is at the Legacy of Healing,” states iheart Site Leader, Moyia Rossnagle. “Our project for this building is to give it a face lift; fresh paint, fresh deck stain, fix up the lines in the parking lot, plant flowers and prune the landscaping to make it more welcoming and more inviting for the women and children who are in crisis when they come here.“

Hundreds of Grove Church members of all ages volunteer their time to the local mission trips each summer. Parents who volunteer in iheart are encouraged to bring along their children to participate as well. Kids of the church, between the fourth and eighth grade, volunteer to work at the Kid’s Block Party, held towards the end of each iheart week.  This year, the Block Party took place at the Tulalip Boys and Girls Club. 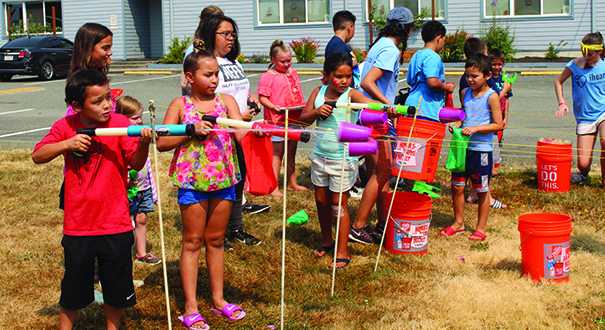 On the hazy warm summer day of August 3, the youth of the community experienced a fun-filled day, enjoying the many activities at the Block Party including super-soaker races, bouncy houses, carnival games, manicures and face painting.

“My favorite is the bouncy houses and the water balloons. The water is so fun because it’s too hot. I like everything here, its so fun,” exclaimed Tulalip tribal member, Sylus Edwards. 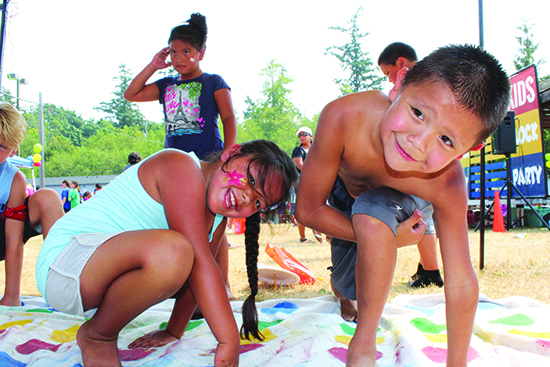 In it’s sixth summer, the iheart project continues to unite communities through their outreach services.

“Everyone here is a volunteer and donates their time because they want to give back to the communities and they want to serve other people,” explains Moyia. “It feels good to do that and it’s been such a rewarding week. We’ve met some really neat people; we’ve gotten to know the women who work here and made some new friends, it’s just been such a great week.” 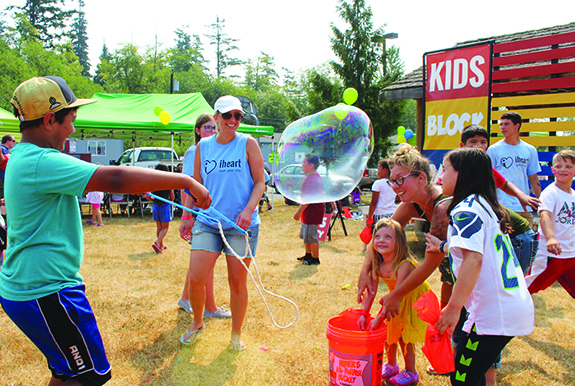 For further details about the Grove Church and their iheart outreach campaign, please visit their website www.Grove.Church 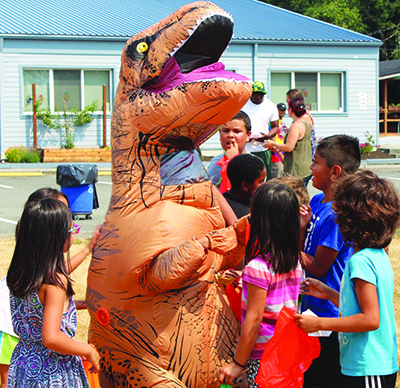 MARYSVILLE — Mayor Jon Nehring has proclaimed October to be Domestic Violence Awareness Month in Marysville. Police and other city officials are donning purple ribbons on their uniforms and on their vehicles in support of raising awareness about domestic violence.

Behind all of the ribbons and proclamations are two women who work specifically to help domestic violence victims in Marysville and other communities. Legal Advocacy Director Lisa Nicholson and Victim Advocate/Prevention Educator Alyssa Morgan have been on the front lines, combating the issue, through Domestic Violence Services of Snohomish County in Everett.

The city of Marysville began contracting for their services last February. Nicholson and Morgan share an office in the Marysville Municipal Court building where they provide social service support to victims.

In the past fiscal year, the agency has served 128 residents in Marysville. Services range from legal assistance in criminal and civil courts, to support groups, shelter and transitional housing for victims. Domestic Violence Services of Snohomish County also runs the New & Again Thrift Shoppe, through which all proceeds go toward helping victims, and residents of the shelter and transitional housing can receive items at no cost to them.

The National Coalition Against Domestic Violence states that domestic violence is one of the most chronically underreported crimes. Annually, domestic violence affects more than 4 million Americans, one in three people have witnessed a domestic violence incident, and children who grow up in violent homes are believed to be abused and neglected at a rate higher than the national average, according to statistics.

Nicholson and Morgan hope their broad range of services will reverse the trend.

“Victims should know that, if they call 911, they will be supported,” said Nicholson, who added that victims can also call their free and confidential 24-hour hotline at 425-252-2873. “Know you’re not alone. We’re here.”

Domestic Violence Awareness Month provides an opportunity for citizens to learn more about preventing domestic violence, and to show support for the numerous organizations and individuals who provide critical advocacy, services and assistance to victims. Both women see it as a collective effort between their office, Marysville Police and other city officials. They praise the city for making the domestic violence issue a priority, and believe that Marysville sees the benefit of having legal advocates in the community.

Nicholson and Morgan hope that Domestic Violence Awareness Month will not only bring awareness to the issue, but better understanding.

“Victims need support through the process, because it’s not as simple as saying, ‘Just leave,’” Morgan said.

“There are other dynamics,” Nicholson said. “Fear of being hurt, fear of your children being hurt, income, no resources — it’s not easy to pick up and leave.”

They also hope awareness brings more funding for prevention programs, including education as early as elementary school, to help children learn the difference between healthy and unhealthy relationships, and an emphasis on not glamorizing teen violence.

“If more people are aware, more victims are willing to call,” Morgan said.