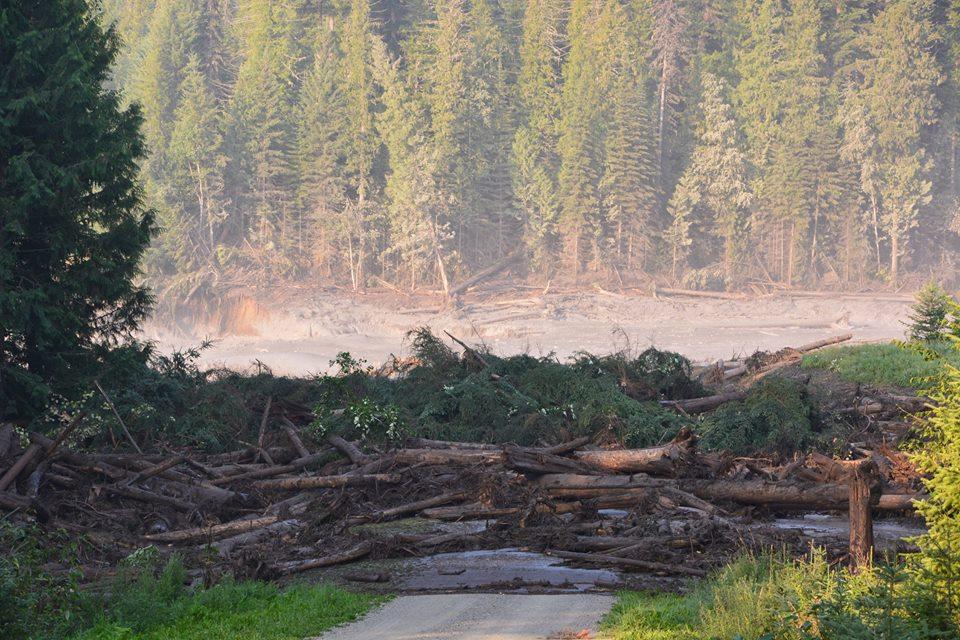 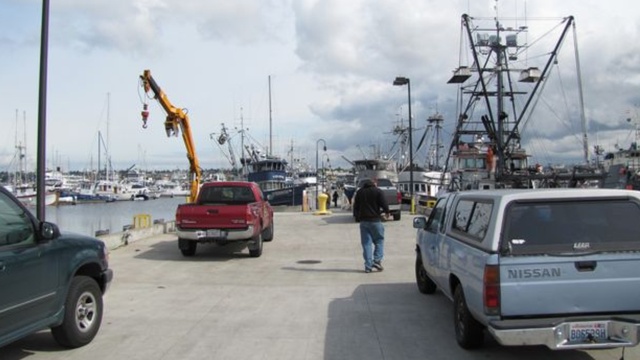 A 2012 file photo of Fisherman’s Terminal in Seattle bustling as ships get ready to head to Alaska for the summer fishing season. Hundreds of Northwesterners hold commercial fishing permits for Bristol Bay. | credit: Ashley Ahearn

JUNEAU, Alaska (AP) — The U.S. Environmental Protection Agency said Friday it is proposing restrictions that would essentially block development of a planned massive gold-and-copper mine near the headwaters of a world premier salmon fishery in Alaska.

The announcement came as the EPA was being sued by Pebble Limited Partnership, the group behind the proposed Pebble Mine, and the state of Alaska for allegedly exceeding its authority.

The state and Pebble Partnership, which was created to design, permit and run the mine, argue the EPA should not be able to veto the project before a mine plan is finalized and evaluated through the permitting process. Pebble has asked that a judge block the EPA from taking any additional steps, but no ruling has been made.

The EPA said as part of its analysis it used plans filed by the mine’s owner, Northern Dynasty Minerals Ltd., with the U.S. Securities and Exchange Commission in 2011. That information indicated the Pebble deposit is likely to involve excavation of the largest open pit ever built in North America, reaching a depth that rivals that of the Grand Canyon at nearly a mile, the EPA said in its report.

The agency looked at three mine scenarios, one based on the worldwide median size deposit that contains copper-, gold- and molybdenum-bearing minerals, which was the smallest scenario analyzed, and two that it said were based on statements made by Northern Dynasty, of mine sizes of 2 billion tons and 6.5 billion tons.

The restrictions proposed by EPA are in line with the estimated impacts of the smallest scenario, including loss of at least 5 miles of streams with documented salmon or loss of 1,100 or more acres of wetlands, lakes and ponds that connect to salmon-bearing streams or tributaries of those streams.

The EPA said if the proposed restrictions were finalized, mining of the Pebble deposit would still be possible, but only if the environmental impacts were smaller than those laid out.

U.S. Sen. Mark Begich, D-Alaska, who has said Pebble is the wrong mine in the wrong place, said he’s seen noting in the EPA document that would prevent Pebble from applying for a permit.

“Instead, it sets the ground rules for responsible development that the Pebble Partnership, or any other business, must abide by in order to mine the Pebble deposit in this critical habitat,” he said.

The EPA called its analysis conservative, focused on the use of certain waters in the region for disposal of materials associated with mining the Pebble deposit. The agency said it did not include impacts associated with build-out and operation of a mine, like roads, pipelines and housing for workers, or potential effects of accidents or mine failures.

The EPA also said the proposal is specific to the Pebble deposit, and does not affect other deposits or claims.

In 2011, the EPA, petitioned by Alaska Native tribes and others to protect Bristol Bay, initiated a review that culminated in the finding earlier this year that large-scaling mining in the Bristol Bay watershed posed significant risks to salmon and Alaska Native cultures that rely on the fish. The agency later invoked a rarely-used process through which it could ultimately restrict or prohibit development of the proposed Pebble Mine to protect the fishery.

The announcement Friday is the next step in that process. EPA plans to take public comment beginning Monday through Sept. 19 and to hold public meetings in Alaska next month. After that, McLerran would have to decide whether to withdraw the proposed action or send it to EPA headquarters for consideration.

Tom Collier, CEO of the Pebble Partnership, said while his group needed to analyze EPA’s proposal, it was outraged that the agency took this next step with litigation pending and EPA’s inspector general reviewing whether EPA followed laws, regulations and policies in developing its watershed assessment.

“We will continue to fight this unprecedented action by the Agency, and are confident we will prevail,” he said in a statement.