By Lisa Baumann, The Associated Press

Gov. Steve Bullock signed the bills at the Capitol, after a tribal prayer and song and after bill sponsors Sen. Jonathan Windy Boy, D-Box Elder, and Rep. George Kipp, D-Heart Butte, presented Bullock with an eagle feather and braided sweetgrass in appreciation.

Windy Boy said what makes new laws unique is that the Legislature saw the importance and took action.

“They voted and passed this law, based on its own merits and that it is the right thing to do, not forced to do so by any court order,” he said referring to the Indian Education For All Act passed during the 1999 session after a court ruling.

The language immersion law sponsored by Windy Boy will provide $45,000 in the next two years for the creation of programs in schools with Indian student enrollment of at least 10 percent.

It’s enough money to allow roughly five school districts to be compensated for immersion programs with a certified specialist teaching 17 students in an Indian language for half the day, according to state legislative analyst Pad McCracken.

“We’ve visited with some schools over the years that have had interest in starting some of these programs,” he said. “They just haven’t gone there. This provides the incentive to do it.”

Parman added the amount of money might not sound like much, but the programs would build on existing classrooms with a teacher and materials, which are already funded, and add immersion to it.

Kipp’s bill will extend the Montana Indian Language Preservation program, which was started in the 2013 legislative session after Windy Boy sponsored that bill. Under the measure, $1.5 million will go to support the efforts of Montana tribes to preserve Indian languages in the form of spoken, written word or sign language over the next two years. Some of the money will also assist in the preservation and curricular goals of Montana’s Indian Education for All Program.

“The Montana Indian Language Preservation Program has helped tribes pursue innovative approaches to ensuring these languages are passed on to future generations,” Kipp said of his measure. “Today’s signing will ensure that good work continues, and we are able build on the foundational efforts that are taking place across Montana.” 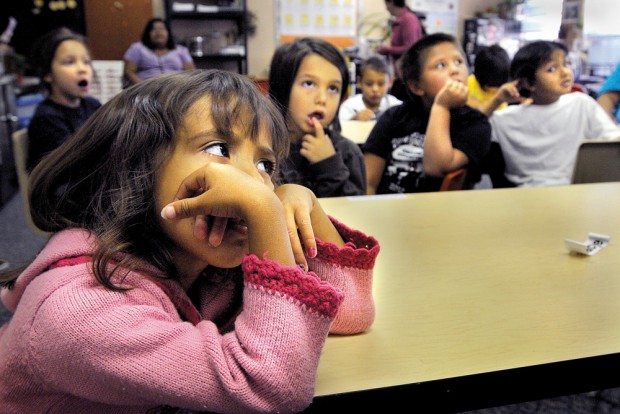