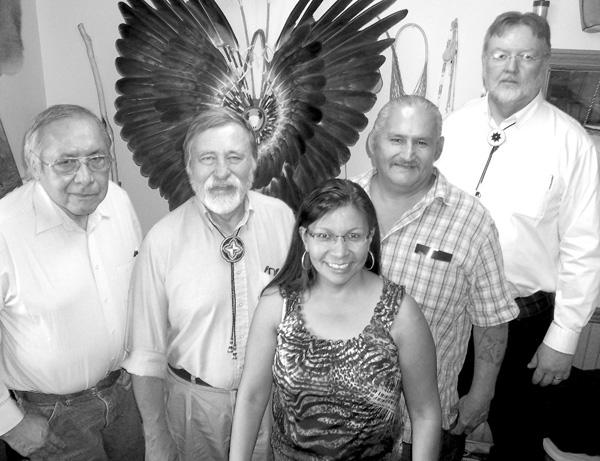 The American Civil Liberties Union has filed a lawsuit against the Wolf Point School District, which has a predominantly Native student population, drawn from the surrounding Fort Peck Indian Reservation, in northeastern Montana. The suit argues that school board districts favor non-Native voters and should be redrawn.

Wolf Point is the largest community on the reservation and has a two-part school district. The predominantly non-Native portion, with 430 residents, elects three members to the eight-member school board of trustees. The 4,205 residents of the predominantly Native American portion—nearly 10 times as many people—elect five members. That means one board member from the mostly white area represents 143 residents, while board members from the mostly Native area each represent 841 people, according to the suit, Jackson et al v. Wolf Point School District.

This imbalance violates the one-person-one-vote principle, said Montana ACLU legal director and plaintiffs’ co-counsel Jon Ellingson. The lawsuit, filed in federal district court in Great Falls, Montana, asks for enforcement of equal rights guaranteed by the U.S. Constitution, as well as by Section 2 of the Voting Rights Act.

The suit also invokes Section 3 of the VRA and asks the court to “bail in” the school district and subject it to Section 5 preclearance. If ordered to submit future redistricting plans and other election procedures to the court, the district would have to prove in each instance that its practices were not discriminatory, says the complaint.

Though the U.S. Supreme Court struck down the VRA’s Section 4 in June and sent an existing list of preclearing jurisdictions back to Congress for retooling, the high court left the rest of the law intact. That includes Section 3, which provides an alternate way to require specific jurisdictions to provide this type of accountability.

The unequal representation in Wolf Point has profound effects on students, who have few Native teachers, counselors and others to guide them and provide role models, according to Ellingson. “For 15 years, the school’s board of trustees and other authority figures have been almost exclusively white. The children see Native employees who are mostly support staff.” As a result, said Ellingson, the school does not promote Native children’s culture and aspirations.

In 2003, the U.S. Department of Education’s civil rights office investigated the school, according to a Helana newspaper. This followed years of activism by Fort Peck tribal member Iris Allrunner and others and a report to the agency on a visit to the school by Indian-education advocate Christine Rose. The agency heard parent allegations ranging from overprescribing of Ritalin and use of a locked, padded isolation room for Indian students to sexual abuse and incidents of racially charged cruelty by white students and staff.

U.S. News & World Report 2013 education ratings show an underperforming school, with reading and math scores below the state average. Enrollment figures provided by the district data specialist for the school year 2012–13 show Native children making up a smaller proportion of the student body as they age: 72 percent of junior high students were Native, while just 48.8 percent of high school students were—a difference of just over 23 percent. Meanwhile, white children made up 10.7 percent of the junior high and 27.8 percent of the high school. The rest of the children were from other population groups or had been identified by their parents as being of two or more races.

A measure of the Wolf Point elite’s blind spot for Native concerns can be found in the history section of the town’s website. In the early 1900s, the area was little more than a railroad station and a collection of settlers who had “poured into” Montana for cheap Indian land, according to the site. The web page continues: “Only one more thing was needed. Wolf Point was on an Indian reservation—a huge reservation with very few Indians…In the early summer of 1914, the date everyone was waiting for arrived—the official opening of the Fort Peck Reservation to homesteading.”

At press time, officials of the school district and board of trustees had not returned calls requesting comments on the various issues the suit raises