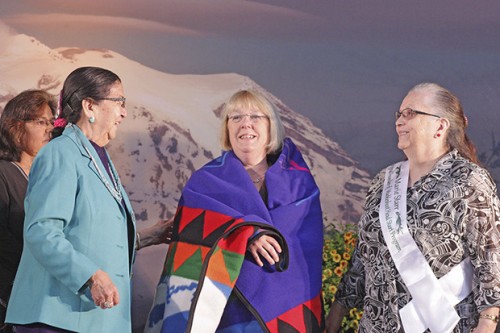 The Muckleshoot Indian Tribe will take full ownership of the Northwest’s premier Thoroughbred racing facility through purchase of Emerald Downs. 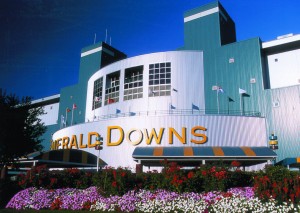 In a statement released today by the Tribe,  Muckleshoot will add to their list of enterprises owned by the Tribe with the purchase of Emerald Downs.  An agreement between the Tribe and the Northwest Racing Associates will transfer full ownership and operational control of Emerald Downs to the Tribe. The transaction will close within 90 days.

No price was mentioned in the statement. The Tribe has owned the land under Emerald Downs since 2002, when it purchased the 157-acre property for $70 million and became the property landlord. Northwest Racing Associates has operated the racetrack since its launch in 1996, replacing the long standing Longacres Racetrack, which closed in 1992.

“The Tribe’s long-standing support of the state’s thoroughbred racing industry continues with this transaction,” said Muckleshoot Tribal Council Chair Virginia Cross in the statement about the Tribe’s purchase. “It is the Tribe’s goal to keep the thoroughbred horse racing industry as a viable part of our state’s economy. Emerald Downs sits in the center of the Tribe’s historical homeland and this transaction makes it an important part of our economic development program.”

The Tribe has invested more than $11 million in purse enhancements since 2004. The Tribe plans to conduct an evaluation of the racetrack to strengthen the performance of Emerald Downs.

Northwest Racing Associates President Ron Crockett will stay on as a consultant to the Tribe to help with the transition. Plans to keep the current management team in place are underway.

“My goal has always been to preserve this important industry,” said Crockett in the statement. “I have accomplished that goal and this is now a good time for the Tribe to step in and bring Emerald Downs to the next level.”

The Muckleshoot Indian Tribe has acquired 96,307 acres of forest in King, Pierce and Lewis counties for just over $313 million, its largest land purchase ever.

The transaction has both economic and cultural importance for the tribe, which bought the land from a partnership run by Boston-based investment manager Hancock Natural Resource Group .

“This acquisition is another important step toward the Tribe’s goals of increasing our land base, reacquiring portions of our homeland and diversifying our economy,” said Muckleshoot Tribal Council Chairwoman Virginia Cross in a statement.

Cross said the Muckleshoots will manage the land “for the primary purpose of long-term sustainable timber harvest, while preserving natural values including fish and wildlife habitat, plant resources and areas of cultural importance.

“This working forest will provide jobs and revenue for important tribal government programs now and for future generations.”

The majority of the land is in King and Pierce counties, where the tribe paid $282 million for 86,501 acres of the White River Forest on both sides of Highway 410 between Enumclaw and Greenwater. In northern Lewis County, it bought 9,806 acres of forest land for nearly $32 million.

The sale wasn’t a total surprise to King County officials.

In March, County Executive Dow Constantine announced an $11.1 million agreement to buy the development rights on the 43,000 acres Hancock owned in King County — the largest block of privately owned land in the county not yet protected from development.

Without that pact, Hancock or a future landowner could have built 857 homes on 40- and 80-acre lots near the route to the Crystal Mountain ski resort and Chinook Pass.

Even though Hancock and the county had both signed the agreement, closing wasn’t to take place until the company sold the land, said Bob Burns, deputy director for the county’s Department of Natural Resources and Parks.

“It’s a top priority for the county to complete the conservation of that forestland,” Burns said. “We look forward to working with the tribe.”

According to its website, Hancock had $11.5 billion in timberland assets under management as of March, providing insurance companies, pension funds and other big investors with a way to diversify their assets. The company did not return a call seeking comment.

The Muckleshoots, with 2,317 tribal members, have been successful in diversifying its assets beyond its 3,860-acre reservation and its Auburn casino, considered one of the top three tribal casinos in the state.

The tribe has invested in the Four Seasons Hotel and Residences in downtown Seattle. In 2007, it paid $62.5 million for the Salish Lodge & Spa overlooking Snoqualmie Falls, which hotel experts say still holds the price-per-room record in the Seattle area.

In recording the land sales, the tribe notified King County officials it plans to continue using the forestland for timber production.

The King County forestland acquired by the tribe represents about one-fifth of the 232,000 acres that receive special tax treatment for timber production in the county.

Prices for timber have rebounded since 2009, lifted by demand from homebuilders and emerging markets in Asia.

Timber from private land can be exported, unlike timber from state and federal lands.

Buying back land lost through treaties and forced sales has been a priority, according to the tribe.

“The White River Forest is an important part of the tribe’s homeland,” Cross said in her statement. “Bringing this property into tribal ownership is the realization of a long-held goal of our people.”

Material from Seattle Times archives was used in this report.

By Shirley Skeel, The Suburban Times

TACOMA – University of Puget Sound is pleased to announce a $25,000 gift from the Muckleshoot Indian Tribe that will help provide scholarships for Native American students pursuing their education at the national liberal arts college.

This is the first grant to Puget Sound by the Muckleshoot Indian Tribe, which shares the college’s ambition to provide young people with broad access to a quality education that serves as a foundation for a successful career. The $25,000 gift will be allocated in scholarships to eligible Native American students attending Puget Sound.

“Young Native Americans in Washington have bold aspirations, but not always the family resources to ensure they can follow the paths they choose,” said Virginia Cross, chair of the Muckleshoot Indian Tribe. “We hope to encourage more of them to commit to a high-standard college education so they can enter civic and business life in positions that will be a boon to their community and serve as a model for other young people.”

Puget Sound has attracted a rising percentage of students from diverse backgrounds for the past two decades. More than 20 percent of freshmen students in 2012 identified as being from groups traditionally underrepresented in higher education. In the 2012–13 school year, 55 Native American students attended Puget Sound.

To ensure that students can devote themselves to their studies, as well as take advantage of opportunities to participate in campus clubs, community work, and athletic and academic activities, Puget Sound currently offers financial aid to 94 percent of its students. Providing financial support for students is also a key target of the college’s current One [of a Kind] comprehensive campaign.

The Muckleshoot Indian Tribe places priority in awarding grants to organizations that address the unique local and regional issues faced by Native Americans. Awards range across areas including education, health, culture, arts, the environment, community advocacy, and communities of color.