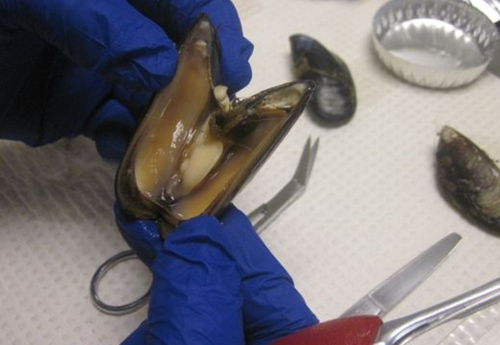 A mussel is opened for analysis at the WDFW lab. Volunteers and WDFW used mussels to test for contaminants at more than 100 sites up and down Puget Sound. | credit: WDFW

SEATTLE — Scientists used shellfish to conduct the broadest study to date of pollution levels along the shore of Puget Sound.

And in some places, it’s pretty contaminated.

This past winter the Washington Department of Fish and Wildlife put mussels at more than 100 sites up and down Puget Sound.

After a few months, volunteers and WDFW employees gathered the shellfish and analyzed them for metals, fossil fuel pollution, flame-retardants and other chemicals. The WDFW just released the results.

“The biggest concentrations of those contaminants were found in the highly urbanized bays – Elliott Bay, Salmon Bay, in the Sinclair Inlet, Commencement Bay we found much higher contaminations than we did in the rest of Puget Sound,” said Jennifer Lanksbury, a biologist who led the study for the Department of Fish and Wildlife.

PAHs – or polycyclic aromatic hydrocarbons – were found in mussels at every single test site. PAHs come from fossil fuels – spilled oil, wood stove smoke and engine exhaust, mainly. The particles can be deposited through the air or get washed into Puget Sound when it rains. Some PAHs are carcinogenic. 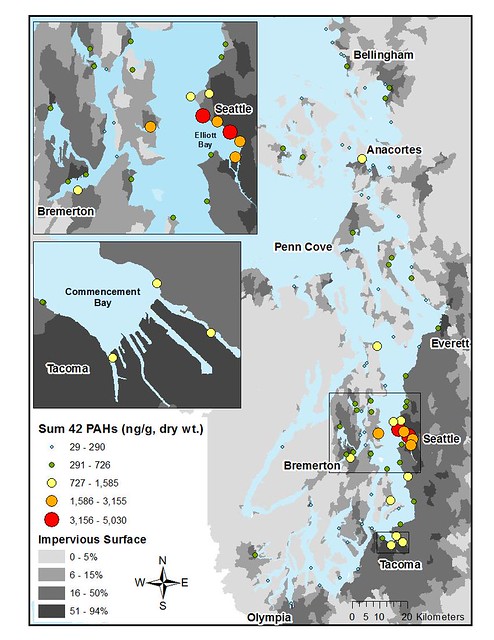 The mussel samples all contained PCBs as well. Flame retardants and DDT were found at more than 90 percent of the sites – with the highest levels in more urban bays.

“This is showing that these contaminants are entering the nearshore food web and they’re likely being passed up to other higher organisms and people eat mussels too,” Lanksbury added.

The state Department of Health does rigorous testing for toxic algae and bacteria in shellfish – the kind of stuff that makes you sick immediately. But it doesn’t regularly test shellfish for metals and other contaminants that can harm human health over longer periods of exposure.

“PAH is a difficult issue,” said Dave McBride with the Department of Health. “They are widespread in the environment. We probably get a lot greater exposure to PAHs from the food we eat on the grill, hamburgers or smoked salmon. It’s all relative. Some of the PAHs are considered carcinogens so it’s definitely on our radar.”

Shellfish harvest, in general, is limited in dense urban areas – where the DFW’s mussel study showed the highest levels of contaminants. However, this past winter China banned all imports of shellfish from much of the west coast after finding elevated levels of arsenic in some shellfish harvested near Tacoma. 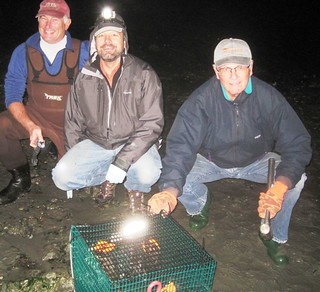 Lanksbury says that she still feels safe eating mussels and other shellfish from Puget Sound. And, she adds, there are things people can do to lower pollution levels.

“When they say, don’t let your car drip oil, support low-impact development where they’re having rain gardens, don’t wash your car on the side of the road – all of those kinds of things spare Puget Sound from contaminants that we produce on a daily basis by burning fossil fuels,” Lanksbury said.

The Department of Fish and Wildlife hopes to keep the mussel monitoring program going, with the continued help of more than 100 volunteers and citizen scientists from around Puget Sound.