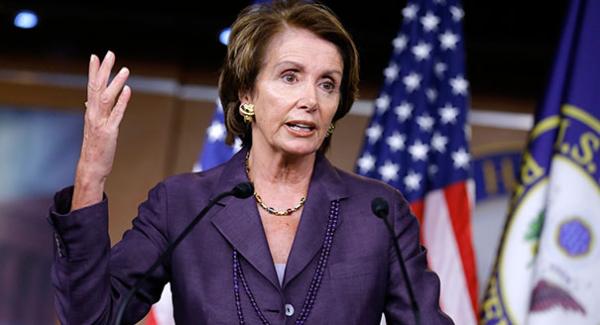 On Thursday, House Minority Leader Nancy Pelosi said that the word “redskins” should not be a protected trademark.

“We all respect freedom of speech, but the [U.S. Patent and] Trademark office has rejected names which are considered offensive and they should do it now,” Pelosi said at an event hosted by the National Congress of American Indians. “They can keep their name on the team, but when it comes to all the stuff — that’s serious money. So I think that is one path that we can go.”

Pelosi told The Hill in October, that the name should change saying that the “R-word” is insulting and a racial slur to Native American people. “”It’s time to choose another name,” she said during the NCAI event. “In fact, it’s long overdue.”

This is the first time that Ms. Pelosi has publicly put pressure on the trademark office to use its power to make a change. The U.S. Patent and Trademark office declined to offer a statement on Pelosi’s remarks, the Huff Post said.

The office has rejected related trademarks such as, Redskins Fanatic, Redskin Rooters and ICTMN reported that Redskins Hog Rinds was also rejected in January due to “redskins” being a “derogatory term.”

A lawsuit to revoke the NFL team’s name is currently pending before the Trademark Trial and Appeal Board and in January, The Washington Post said that a decision was expected soon. In 1992, Suzan Harjo brought a similar suit but it was thrown out on a technicality in 2009.