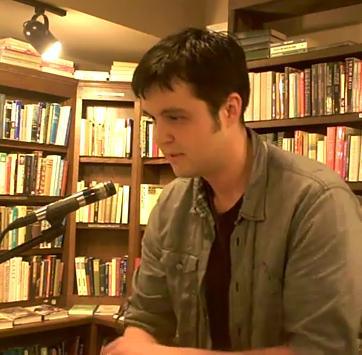 In the background of all issues involving American Indians is always the question of what is an Indian? While there are any number of groups in this country today who have complicated issues surrounding identity, there is no identity issue more complicated than that of American Indian identity. As an aside, you will notice I did not say no identity issue is more important. It’s difficult to call any American Indian issue in this country important in a standard social sense the way, say, African-American issues are important – there simply aren’t enough Indians in the country to warrant national media attention. When it comes to politics, numbers are, in a way, everything.

A case in point is that of the most recent controversy surrounding the Washington Football Team’s name – notice that in all this talk, and there’s a lot of talk, all you have to do is Google the team’s name – notice the only Indian that has made any kind of national public appearance anyone has paid attention to is the man team owner Dan Snyder trotted out to defend the name. And notice what is going on when so-called Chief Dodson is telling the nation that not only is the name ok with him, but that people in his community use the term regularly when greeting each other. Here we have an example of the inside being mistaken for the outside, and that age-old fallacy of one Indian’s opinion being mistaken for every that of every Indian.

The US has a long history of mistaking one Indian for every Indian – all it takes is one look at the history of Federal-Indian policy to see this. For example, during the allotment era in the late 1800s the idea was to civilize tribal members on reservations by turning them into farmers – even if the reservation where they were located was entirely unsuitable for farming. This policy of course was enacted by Congressional members who had little to no experience with Indian Country, but who nonetheless had near absolute power over tribes – a power that was finally solidified with the 1903 Lone Wolf v. Hitchcock US Supreme Court ruling. What did the ruling say? That Congress had plenary power over tribes. What does plenary power mean? The Oxford English Dictionary defines plenary as such: full, complete, or perfect; not deficient in any element or respect; absolute. The Lonewolf case, even though it was a case regarding the allotment of a single tribe’s lands on the southern plains, gave Congress total and final power over all tribal affairs, placing tribes under a kind of political Sword of Damocles, and along with it the unending threat of Congressional action without tribal consent.

Consider the ideas of blood, and blood quantum, the ideas we use today in large part to define who is and is not an American Indian, don’t have tribal origins – they originate in Europe, hundreds of years before contact in North America. As early as the 1200s the British were using ideas of blood to limit the political and social rights of people who were deemed less than so-called “full-blood” – and they carried that idea to the new continent, where they began implementing ideas of blood to penalize people who married either an Indian or an African-American, and to limit a person’s ability to testify in court or vote according to whether or not they were considered to be of so-called mixed-blood. Tribes on this continent traditionally identified membership most simply by who was or was not living with and participating in the community. That is, if you lived with the people, you were part of the people. These ideas of blood eventually extended to limiting the land ownership rights of Indians on reservations during the allotment era, to such a degree that in some cases over 2/3 of a tribe was not allotted land on their respective reservations because they didn’t meet so-called blood quantum criteria – a US established criteria, of course, that made it much easier to justify selling land that was “left-over” to non-Indians, thus splitting up land ownership on reservations between tribal members and non-Indians.

So how is it I got to talking about blood? Because one of Snyder’s contentions for the validity of so-called Chief Dodson’s opinion was that he is a “full-blooded” Inuit chief. The suggestion of course is that blood alone makes you an Indian – never mind particular cultural knowledge, and definitely never mind speaking an indigenous language – the only thing that matters here is blood. This idea of Indian blood is so prevalent that any number of intelligent contemporary Americans have taken this idea of Indian blood at face value, as if there is some intrinsic value in the blood itself. But when we turn this idea around, things fall apart pretty fast, don’t they? Because while there are plenty of people in Montana with so-called Irish blood, how much knowledge of Irish culture has this blood brought with it? If this blood thing isn’t making much sense to you at this point, don’t worry, you’re not alone, it’s never made any sense to me either.

Finally, to return to a point I made earlier about so-called Chief Dodson’s statement regarding Indians use of the team’s name as a kind of friendly greeting – I have never once seen it happen in my life. While the term “skin” is not uncommon among Indian who are friends, the point is that it’s a term used by insiders among each other. In other words, I would love for Dan Snyder to walk into any social gathering place on any reservation or reserve in North America and say, What’s up, Redskins? I’m absolutely positive things would turn out just fine.

I’m Sterling HolyWhiteMountain, thanks for listening