Skip to primary content
Skip to secondary content
Press release, United States Senate
WASHINGTON – Today, U.S. Senators Tom Udall (D-N.M.), Lisa Murkowski (R-Alaska), Martin Heinrich (D-N.M.), Heidi Heitkamp (D-N.D.), Jon Tester (D-Mont.), Al Franken (D-Minn.), and Brian Schatz (D-Hawaii) announced they have introduced the Esther Martinez Native American Languages Preservation Act, a bill to provide grants to Native American language educational organizations to preserve disappearing Native languages in Indian Country. The bill reauthorizes the Native American Languages Program until 2020, and includes improvements to expand the program’s eligibility to smaller-sized classes and allow for longer grant periods.
The senators’ bill reauthorizes legislation that first passed in 2006 with Udall’s leadership, named for the Ohkay Owingeh Pueblo master storyteller Esther Martinez. The Esther Martinez Native American Preservation Act amends the Native American Languages Act of 1990 to strengthen Native language education by creating and funding Native language nests, Native language survival schools, and Native American language restoration programs. The program’s current authorization expired in 2012, but annual appropriations have continued during the lapse.
“Esther Martinez was one of New Mexico’s strongest advocates for preserving Native heritage and language, and I’m proud to introduce this legislation to honor and continue her work. Grants through the Esther Martinez Native American Languages Preservation Act help families and communities keep their languages alive, preserving the deep history and culture behind them,” Udall said. “Language education is about more than tradition; it fosters pride and an interconnectedness between generations and has been linked to higher academic achievement among Native youth. I’m pleased to support the continuation and expansion of these important grants in New Mexico and across the country.”
“Preserving Native language is central to cultural identity, and that’s what Esther Martinez fought for,” Heinrich said. “Languages like Keres, Tewa, Tiwa, Towa, Zuni, Diné, Eastern Apache and Western Apache, make us a stronger, more culturally rich and historically grounded nation. Simultaneously, the preservation and instruction of these languages raises high school graduation rates and college enrollment for tribal students. Teaching and preserving these languages should be a central educational priority. This bill helps to achieve that goal.”
“The spoken language of our Native peoples is the thread that weaves together generations, enriching tribal communities and strengthening their sovereignty and culture,” said Heitkamp. “Throughout North Dakota, we have seen the benefits of enabling Native American children to learn their native languages – helping them understand their history and culture while also giving them the tools they need to learn and grow. This bipartisan bill will enable these critical programs continue to give Native American children the head start they deserve while also helping make sure their sacred bonds and ancestral stories are protected and strengthened for future generations.”
“Preserving native languages connects students with generations of rich history and culture,” Tester said. “This bill strengthens cultural identity, helps keep students in school, and preserves the vibrant history of Indian Country. We need to act to ensure the survival of native languages before it is too late.”
“Language is key to maintaining cultural heritage,” said Franken. “The Native American Languages Program promotes learning of Dakota, Ojibwe, and other languages throughout Indian Country. This legislation is about not only teaching the words themselves but also passing along the history and culture those words represent.”
“Once nearly extinct, the Hawaiian language lives today through thousands of speakers in Hawai‘i and across the country,” Schatz said. “Visiting schools in Hawai‘i, I have seen first-hand how critical Native language schools and programs are in preserving the Hawaiian language and culture. Our legislation will help strengthen language programs and ensure the Hawaiian language and many other indigenous languages continue to thrive for generations to come.”
Based on recommendations from tribes and the administration, the senators included improvements to the program in this bill to reduce the class size eligibility for the grants and allow longer grant periods of up to five years. The bill reduces the number of students required for eligibility from 10 to five for Native American language nests, which provide childcare and instruction for children up to age seven and their parents. The bill also reduces the class size required for eligibility from 15 to 10 students for Native language survival schools, which aim for their students to achieve Native language fluency, and provide teacher training and development to support successful language learning. The urgent need to protect and preserve Native American languages is clear and applications for grants through the program roughly doubled from fiscal year 2013 to 2014, according to the Department of Health and Human Services. 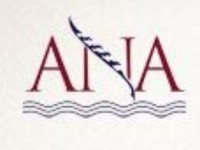 OGLALA — A South Dakota language revitalization initiative has received a three-year grant from the federal Administration for Native Americans.

Lakota Immersion Childcare announced Tuesday it’s one of 13 organizations to receive part of $2.6 million through the Native American Language Preservation and Maintenance initiative. It says it’s the only organization in the Dakotas to receive language funds from the administration. It didn’t say what portion of the money it will receive.

Lakota Immersion Childcare has three fluent speakers who teach 15 students. It will admit five new toddlers this fall. The program aims to partner with a local school to create a full-immersion elementary program.