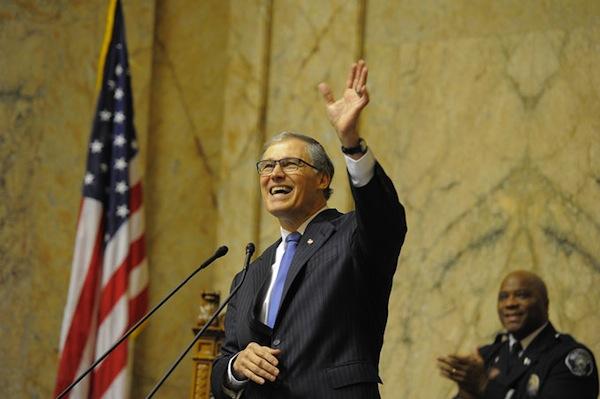 Three prominent Native American Washingtonians have been appointed to key positions in education, environmental protection, and the judiciary.

On December 15, Gov. Jay Inslee announced his appointment of Raquel Montoya-Lewis, Isleta Pueblo/Laguna Pueblo, to the Whatcom County Superior Court. She will be the only Native American Superior Court judge in Washington state when she takes office in January.

And in November, the state Office of the Superintendent of Public Instruction hired Michael Vendiola, communications director of the Swinomish Tribe, as program supervisor for the Office of Native Education.

“Raquel’s 15 years of experience as a judge will be well appreciated on the Superior Court,” Inslee said in his announcement. “She is wise and has a strong commitment to service and to promoting justice. I know she will serve the community and the court exceptionally well.”

Earlier in her career, Montoya-Lewis taught legal research and writing at the University of New Mexico, represented Indian country governments as an attorney at Williams, Janov & Cooney, and served as a law clerk to New Mexico Supreme Court Justice Pamela B. Minzner.

“She has handled some of our most complex cultural, political and societal issues and managed these cases with the utmost care, intelligence, timeliness and fairness,” Murphy wrote.

“I still feel overwhelmed when I think about my campaign experiences and just how many people supported me [for City Council],” Murphy wrote. “This has meant so much to our tribes; to the City Council and our work; to the little girls on and off the [reservation] who tell me that they want to be on the Bellingham City Council; and to the general population that appreciates my ability to understand and work with so many walks of life.”

At the Puget Sound Partnership Leadership Council, Hepfer brings an indigenous perspective “as well as hands-on experience with the Elwha dam removal project and knowledge of what it takes to rebuild an ecosystem that welcomes salmon home,” Inslee said in his announcement. “His rich knowledge of the complex voices and issues involved in Puget Sound recovery work are a welcome addition to the Puget Sound Partnership’s Leadership Council.”

Hepfer’s term on the leadership council continues to June 25, 2018.

Hepfer’s career in natural resources began in 1995 as a water quality technician. He has served on the Northwest Indian Fisheries Commission for 18 years and on the Lower Elwha Klallam Tribal Council for 16 years, formerly as chairman and now as vice chairman.

Hepfer is the Lower Elwha Klallam Tribe’s delegate to the state Department of Social & Health Services’ Indian Policy Advisory Committee; and to the Coast Salish Gathering, an annual meeting of representatives from Coast Salish nations from the U.S. and Canada.

Sen. John McCoy, D-Tulalip, one of three Native Americans in the state legislature, said of the governor’s appointments, “I think these two are great appointments. I know the both of them will do a tremendous job.”

In a farewell column in the December edition of the Swinomish news magazine he edits, Vendiola wrote that in his new position in the state Office of Native Education, “I will get the chance to apply my academic and cultural skills to support Native education.”

Vendiola, Swinomish/Lummi, has been editor of qyuuqs, the Swinomish Tribe’s monthly news magazine, since November 2011. During his editorship, he expanded the magazine’s news coverage, elevated its graphic design and news presentation, and established features designed to improve the reader’s grasp of the Lushootseed language. He helped establish the communications department at the Swinomish Tribe.

In addition to serving as editor of qyuuqs, Vendiola has served as coordinator/activities adviser at Western Washington University since August 1998. He was director of student activities at Northwest Indian College from September 1995 to July 1998. He was recruitment and retention specialist at Skagit Valley College from August 1991 to August 1993. He also founded The Philomath Groove, a project that instills love of learning through the use of mixed media.