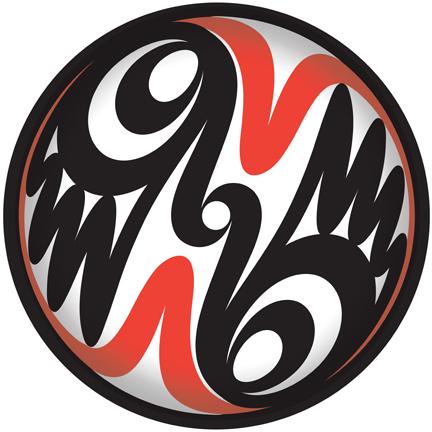 The United Nations Human Rights Committee recently heard about the violations of indigenous prisoners’ religious freedoms at the hands of the United States throughout the country.

Huy, a Saettle, Washington based non-profit formed in 2012 to reform state policy in regard to Native prisoners’ Indian religious freedoms and cultural expression, was joined by the National Congress of American Indians, Native American Rights Fund, and the American Civil Liberties Union in presenting their information to the U.N.

Kate Fox Principi, secretary of the Human Rights Committee in Geneva, Switzerland heard the coalition’s concerns, which came in the form of an update to a previously submitted 15-page report, titled “Joint Submission to Human Rights Committee Concerning Indigenous Prisoners’ Religious Freedoms in the United States of America.”

All the information presented through the update and the report address the treatment and violations occurring in California, Montana, Hawaii, Arizona, South Dakota, Texas, Wyoming and Missouri.

“The religious and human rights violations being committed by state and county corrections agencies against indigenous prisoners remain prevalent,” said initial Chairman of the Huy Board Advisors, Gabriel Galanda, Round Valley, a tribal lawyer with Galanda Broadman, PLLC in Seattle. “International intervention is now needed to bring the U.S. and its state and local siblings into universal compliance with American federal law and worlwide human rights norms.”

The indigenous prisoners’ religious rights coalition is altogether comprised of:

— The ACLU of Washington

— The ACLU of Southern California

After years of dissatisfaction among tribal members over lengthy delays in receiving eagle feathers from the National Eagle Repository, change may be on the way, prodded by a federal government that’s often blamed for the sluggish pace of the existing process.

“What we’re trying to do is at the end of the day we know we’re not going to make everyone happy, and even some of those who are happier will only be marginally happier,” cautioned Pat Durham, national tribal liaison for the U.S. Fish and Wildlife Service (FWS), of the hoped-for faster operation. “But we’re doing the best we can.”

Members of federally recognized tribes can apply for eagle feathers, parts or whole birds from the FWS-operated Repository in metro Denver, but the wait time for a whole immature golden eagle is up to four years, in part because of its prized black-tipped, white tail feathers. The Repository receives bodies of eagles found nationwide.

Of the new proposed rules, major changes apply to American Indian prison inmates, who submit more than half of the applications for feathers, said Bernadette Atencio, Repository supervisor, who noted that changes in policy may “make more feathers available to non-incarcerated tribal members.”

The large number of inmate feather applications was a focal point for the new regulations, which would generally limit prisoners to one eagle order within their facility’s policy in order to halt constant re-orders. The FWS also plans to process feather replacement orders (not-reorders), generally received from prisoners with lengthy sentences with long-time use of the feathers.

Sometimes-darker motives behind eagle orders were cited by both Durham and Lenny Foster, Dine’, a longtime voluntary spiritual advisor for the federal Bureau of Prisons, the Arizona Department of Corrections, and other programs.

“Spiritual practices are important to Native prisoners for emotional and physical well-being,” Foster said, adding that eagle feathers can be a “necessary and vital part of ceremony” that should not be misused for barter, a practice sometimes involving non-Indians, in which eagle feathers have been traded for purchase of prison commissary items.

Another new Repository practice would require that a tribal official or traditional leader verify that a tribal member’s whole eagle application is for religious purposes. Durham found a similar, earlier requirement controversial and changed it 13 years ago when he became the top-level tribal liaison.

“Now, we’re just asking people to have the support of the tribe in getting the whole bird,” he said.

The new procedures were derived from official consultation with tribes over the last year. Durham also singled out Atencio for her work on the new rules and Special Agent in Charge Steve Oberholtzer, FWS Region 6, who traveled widely to listen to the views of tribal liaisons and others.

The new procedures are expected to go into effect in late summer or fall 2013 after a written-comment period for officially designated tribal representatives of federally recognized tribes ends August 31. The new practices will be monitored for one year to gauge their effectiveness.