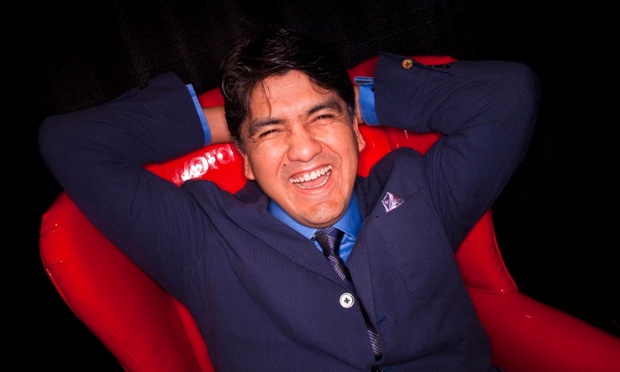 By Alison Flood, The Guardian

Sherman Alexie’s award-winning young adult novel The Absolutely True Diary of a Part-Time Indian tops a list of the books readers tried hardest to remove from the shelves of America’s libraries last year.

Announcing the top 10 titles most frequently “challenged” in the US in 2014, the American Libraries Association said that it had been “tracking a significant number of challenges to diverse titles”, and that “authors of colour, as well as books with diverse content, are disproportionately challenged and banned”.

Alexie said at the time that “book banners want to control debate and limit the imagination. I encourage debate and celebrate imagination.” The ALA said his novel was challenged for reasons ranging from being “sexually explicit”, to its “depictions of bullying”. It takes the top spot from Dav Pilkey’s Captain Underpants series, which was 2013’s most challenged book over its “offensive language [and] violence”.

Eight of 2014’s top 10 challenged books include “diverse content”, said the ALA. Second-placed was Marjane Satrapi’s acclaimed graphic novel Persepolis, about growing up during the Iranian revolution, cited for being “politically, racially, and socially offensive”.

Third was Justin Richardson and Peter Parnell’s picture book about two male penguins who rear a chick together, And Tango Makes Three, and fourth was Toni Morrison’s The Bluest Eye, about a black girl who prays to have blue eyes like her classmates.

The ALA pointed to the author Malinda Lo’s analysis of its top 10 banned books over the last decade. Writing last autumn, Lo found that 52% of the books challenged or banned in the 10-year period included “diverse” content. “Books that fall outside the white, straight, abled mainstream are challenged more often than books that do not destabilise the status quo,” she wrote.

“This isn’t surprising, but the extent to which diverse books are represented on these lists – as a majority – is quite disheartening. Diversity is slim throughout all genres of books and across all age groups – except when it comes to book challenges. The message this sends is loud and clear: diversity is actually under attack. Minority perspectives are being silenced every year.”

The ALA’s office for intellectual freedom received 311 reports about “attempts to remove or restrict materials from school curricula and library bookshelves” in 2014. The number is equivalent to the 307 challenges recorded in 2013, and significantly down from 464 in 2012. Most challenges – 35% – came from parents in 2014, with the sexually explicit nature of a text the most cited (34%) reason for a challenge.

The top 10 also features Robie Harris’s guide to puberty and sexual health, It’s Perfectly Normal, in fifth place. The book, revealed the ALA, was challenged for containing nudity, and for covering “sex education”, for being “sexually explicit”, and “unsuited to age group”. It was also, said the libraries organisation, alleged to contain “child pornography”.

The list is completed with Brian Vaughan and Fiona Staples’ Saga, Khaled Hosseini’s The Kite Runner, Stephen Chbosky’s The Perks of Being a Wallflower, Jaycee Dugard’s A Stolen Life and Raina Telgemeier’s Drama.