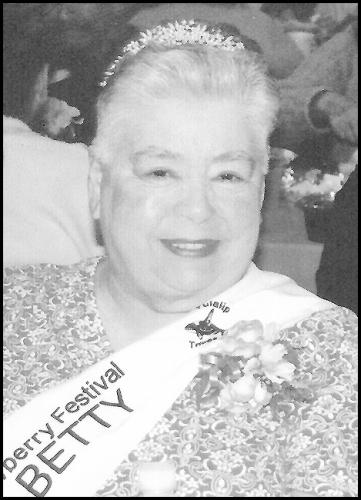 She was a lifelong member of the Tulalip Tribes and worked for Tulalip Elementary School until she retired after 33 years, at which time her last grandchild graduated from the Tulalip Elementary School. She enjoyed retirement and spending time with her husband of 63 years. One of her favorite passtimes was going to the casino. She loved going on trips to the ocean with her children and grandchildren, taking long rides and having family dinners. She always opened her home to her Seone family and the new baby dancers. Her family was the most important things in her life especially raising her great grandson “Nico”.

She will be missed by all who had the opportunity to know her. Services at the family home were held at 5:00 p.m. on Wednesday, March 18, 2015. Funeral services were held Thursday, March 19, 2015, 10:00 a.m. at the Tulalip Tribal Gym with burial following at Mission Beach Cemetery. Arrangements entrusted to Schaefer-Shipman Funeral Home 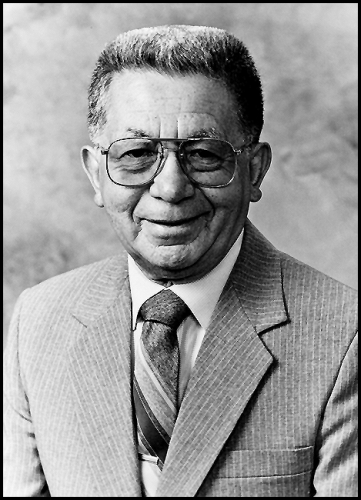 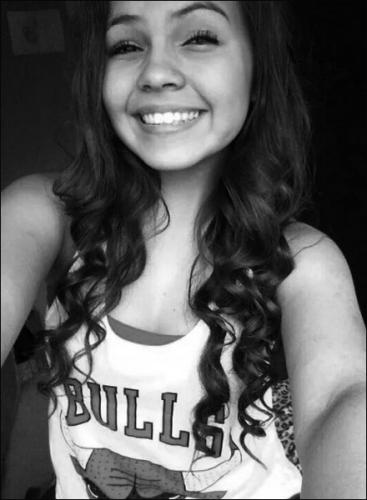 Shaylee was very outgoing, confident, silly, persistant, fearless, and she mirrored God’s forgiving ways. She was also a fighter with spirit and had faith that could move mountains. Shaylee loved her sports, she played AAU Marysville Select for a few years and for Totem MS this last year. Shay also played volleyball for Totem MS. Shay had so much of God’s perfect love to give, she especially loved her friends, but her love was mostly to all of her family.

Shaylee had such a radiant personality, crazy humor, and one heck of a beautiful smile! She will be remembered by all her selfies in each of our phones! Shay will be tremendously missed by her family and friends! We will always be CRAY CRAY for our Shay Shay!

We also would like to thank all for their support, donations, prayers, etc. from family to the whole nation for all you have done for our family and Shay, she meant the world to us! God has great things in store for each of you! 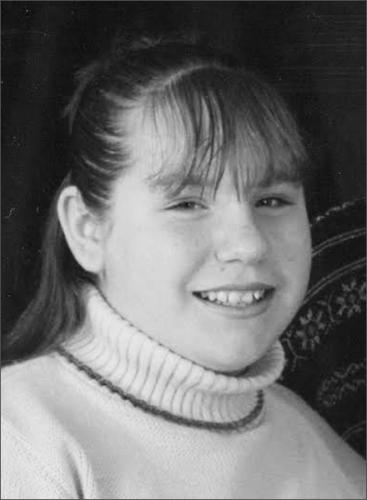 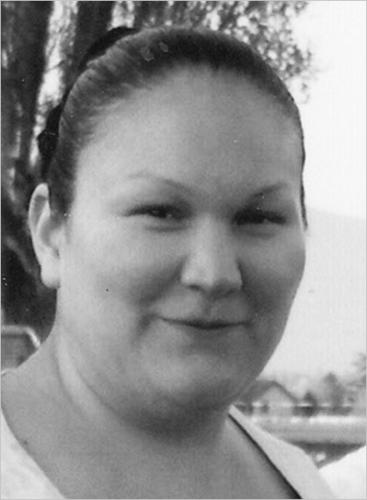 Viola Carol Gomez was born on June 20, 1979, a Wednesday, and passed away on March 31, 2014, a Monday. She was a beloved mother, daughter, sister, aunt, niece, cousin, and friend who will always be in our hearts. She is survived by her children, Isabel, Olivia, Raul Jr., Sebastian, and Yasmani; her parents, Lillian and Juan Gomez Sr.; her grandmother, Liboria Gomez Perez; her sisters, Danelle and Jose Loera and Alicia Amador; her brother, Juan Gomez Jr. and Candy Brown; her niece and nephews, Danicio, Talia, Victor, Juan III, and Raphael; her aunts and uncles, Alicia Cruz, Dennis Hegnes Sr., Bertha Jimenez-Gomez, Jaime Jimenez, Leticia Jimenez, Hugo and Francisca Muñoz-Gomez, Mario Muñoz-Gomez, and David Spencer Sr.; and numerous cousins. She is preceded in death by her grandparents, Lillian and William “Duke” Jones; her grandfather, Juan Salas-Adame; her aunts, Viola Jones Spencer, Marion Jones Hegnes, and Rosemary “Posie” Cross Jones; her uncles, Frankie Charles, Gustavo Cortez Sr., Donald “Dukie” Jones, and Emmett Jones and two infants; and cousins, Lloyd Jones, Janel Spencer, and Dawn Shirley Spencer. Visitation will be held on Thursday, April 3, 2014 at 1:00 p.m. at Schaefer-Shipman Funeral Home with an Interfaith Service to follow at 6:00 p.m. at the Tulalip Tribal Gym. Funeral will be held Friday, April 4, 2014 at 10:00 a.m. at the Tulalip Tribal Gym with burial following at Mission Beach Cemetery. Arrangements entrusted to Schaefer-Shipman.
See more at: http://www.legacy.com/obituaries/heraldnet/obituary.aspx?n=viola-carol-gomez&pid=170474896&fhid=2242#sthash.V0UVvrxY.dpuf
Larry Gene Rutter, 61, died of pancreatic cancer on February 20, 2014. His wife, Deborah Shawver, and his son, Derek Rutter, survive him. Larry was born in Duluth, Minnesota; graduated from South Kitsap High School, and earned a degree in fisheries biology from the University of Washington. He had a successful career in salmon management policy, working for the Point No Point Treaty Council, the Northwest Indian Fisheries Commission, and NOAA Fisheries. He served on the Pacific Salmon Commission and led the negotiations to achieve the salmon fishing treaty between the US and Canada. Larry was an accomplished carpenter and loved to fly airplanes, ride motorcycles, and snowboard. He was known for intelligence, wit, self-reliance, hard work, sense of fun, and ability to make the most of whatever he was doing. Larry was an “impact player” in everything he touched. A celebration of Larry’s life will be held on March 1, 2014 at 1:00 p.m., at the Skookum Creek Events Center, 91 W State Route 108, Shelton, WA. In lieu of flowers, please donate to the Salish Sea Marine Survival Project, Larry Rutter Legacy Fund, at: http://www.lltk.org, and look for the Larry Rutter Legacy Fund.
See more at: http://www.legacy.com/obituaries/theolympian/obituary.aspx?n=larry-gene-rutter&pid=169872249#sthash.BuN2pImI.7QWgqR7v.dpuf 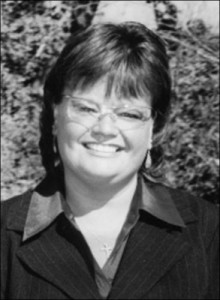 Wendy Leigh Gobin-Young, 52, passed away on October 16, 2013 in the comfort of her home surrounded by her family and friends after a courageous battle with multiple myeloma cancer.
Wendy was born in Arlington, Washington on June 23, 1961 to Thomas and Beverly Gobin. She was a very active participant in school and graduated from Arlington High School in 1979. Throughout her life Wendy dedicated her time to the Tulalip Tribes holding numerous positions including, but not limited to, a receptionist, fish hatchery technician, member on the Enrollment Committee and TERO Commission. She also held the position of Enrollment Manager for 8 years, attending conferences and trainings all over the United States bringing various new changes to the Enrollment Department. During this time Wendy began assisting families with funeral arrangements and was offered the position of Funeral Services Officer. Wendy was very respectful and compassionate when dealing with the preparations for the deceased; this compassion was greatly appreciated by all.
Wendy was a member of the Tulalip Tribes and was well known for her intricate micro-beadwork and Native American jewelry. She loved traveling to pow-wows, canoe journeys, Makah days, conferences and exhibitions throughout many states and reservations. The family is in hopes that her jewelry will be cherished and loved by all whom have received it.
She will always be remembered for her special attention to children and her abundantly stocked stand at Boom City, infamously named the “MOTHERLOAD”, which was stocked with fireworks in the beginning and candy/novelties in the later years. Wendy took great pleasure in singing for funerals, family events and weddings, as well as traveling with her father and the Church of God band during her entire life.
Wendy is survived by her husband and best friend, Steve Young; companion and caretaker, John Ancheta; mother, Beverly Gobin; children Corrina Gobin-Olson (Gary), Krisan Fryberg (Ross), and Michael Moseley (Nicole); adopted children, Jeffery Reeves, Rebecca Marteney, Samantha Marteney, Cidney Marteney, Julia Ancheta, Maxima Ancheta and Jasmine Ancheta; sisters, Valda Gobin (Herb), Helen Gobin-Henson (Dave), Debra Posey (Dean), Rhonda Gobin (Gerald); brothers, Billy Gobin (Teri), Johnny Dumont, Tony Gobin (Judy), and Mike Gobin (RaeAnne); grandchildren, Keely, Brooklyn, Izaiah, Hayleigh, Ross Jr., Mason, Makayla and Brock. She is also survived by an extended family too numerous to list. She was preceded in death by her grandparents, Joe Pete and Ruth Gobin, James and Ann Duffy; father, Thomas Gobin; sister, Marilyn Lewis; and special nephew, Teddy Shane Orr.
Visitation will be held 1:00 p.m. Sunday, October 20, 2013 at Schaefer-Shipman Funeral Home, 807 State Ave., Marysville. An Interfaith Service will be held Sunday, October 20, 2013 at 6:00 p.m. Tulalip Tribal Center, 6700 Mission Beach Road, Tulalip. Funeral Service will follow on Monday, October 21, 2013 10:00 a.m. at the Tulalip Tribal Center with burial to follow at Mission Beach Cemetery. 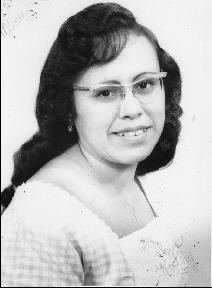 Katherine Josephine Yant, 76, of Vancouver, WA passed away April 18, 2013 at home with her family present.
She was born May 18, 1936 in Esquimalt, BC to Edward and Mary Ann Williams. She and her husband, Fred had lived in Vancouver, BC for 33 years.