OLYMPIA—Today, Washington elected officials, business, fishing, tourism and conservation interests voiced their opposition to a Trump administration proposal that would open up 90 percent of the nation’s coastline—including Washington’s—to oil and gas drilling for the first time since 1984, despite decades of bipartisan coastal protection. The Department of Interior issued the 2019-2024 Draft Proposed Program on Jan. 4, for new offshore drilling activities in federal U.S. waters, 3 to 200 miles offshore. The proposed program would threaten Washington’s fishing, tourism and recreation economy, valued at hundreds of millions of dollars. The March 5 “People’s Hearing” was organized in the room adjacent to the Bureau of Ocean Energy Management’s public meeting, because the BOEM did not allow public testimony, only written comments.

The National Outer Continental Shelf (OCS) Oil and Gas Leasing Program proposal has been met by fierce opposition by local, state, and federal leaders in almost every coastal state. In Washington, this includes Governor Jay Inslee, Attorney General Bob Ferguson, Public Lands Commissioner Hilary Franz, and members of the congressional delegation. There have not been any new leases in federal waters since 1984.

Coastal business owners and citizens pointed to the long-term impacts from the oil spills of Exxon Valdez, Deepwater Horizon and the 1988 Nestucca spill at the mouth of Grays Harbor, on fisheries and businesses. The group urged a pivot to a clean energy economy that protects Washington’s coastal communities, and our valuable marine and other natural resources.NOAA data from 2015 states that they respond to 100 oil spills in U.S. waters every year. In December, however, the Trump administration announced it will roll back federal safety rules created following the Deepwater Horizon disaster.

Kyle Deerkop, Pacific Seafoods:  “Pacific Seafood is built on the mission of delivering the healthiest and most sustainable protein on the planet. To do this, the company employs 2,500-3,500 people on the West Coast and across the country. Drilling off of Washington or any of the other West Coast states would put the livelihood of our employees and the natural resources at risk.”

Johannes Ariens, owner, Loge Camps, Westport, and Surfrider Foundation: “As a hotel owner and surfer on the Washington coast, the idea of offshore drilling this close to home is terrifying. People come from around the world to enjoy world-class recreation on our beaches. Our jobs depend on a clean and thriving coast to survive. I saw what happened to tourism and recreation businesses in the Gulf after their oil spill. We can’t have that happen to us here.”

Crystal Dingler, Mayor of Ocean Shores: “Nearly 5 million people visited Ocean Shores in 2017. Our beach town’s economy is 100% dependent on tourism, recreation, and fishing, and we will do everything we can to protect our jobs and beautiful beaches from being put at risk from an oil spill. We’ve gone through that before, and have vowed to fight this offshore drilling plan tooth and nail.”

Ocean Shores was the first city in Washington to pass a resolution against the Trump proposal.

Jess Helsley, executive director, Coast Salmon Foundation, Aberdeen:  “Salmon are arguably the most iconic species of the Pacific Northwest. The Coast Salmon Foundation and partners across the state are fighting to rebuild their populations, but it is an uphill battle. Many populations cannot survive any additional major threat in their waters. We cannot allow the risky business of offshore drilling off our coast. A spill in these waters would devastate our coastal ecosystems, communities, jobs, and our cultural way of life.”

Rebecca Ponzio, Stand Up To Oil campaign:  “Washington has said loud and clear, we won’t be the doormat for the fossil fuel industry. Drilling off our shores is a needless give-away to dirty energy companies at a time when we should be investing in our transition to a clean energy economy.”

Washington coastal communities power an economy dependent on the ocean. Tourism, recreation and fishing jobs are all dependent on a healthy coast:

While the Bureau of Ocean Energy Management (BOEM) is not allowing public testimony at the meeting, it is accepting public comments on the Draft Proposed Program online during a 60-day comment period ending on March 9. Today’s meeting was the only public meeting to be held in Washington to gather additional input for this stage of the plan. After the comments are received and environmental reviews conducted, the Proposed Program will be released, triggering another comment period. The Final Proposed Program is expected by 2019. The current draft proposed plan includes one lease sale off Washington and Oregon.

The livestream of the press conference can be viewed via Stand Up To Oil’s Facebook page: https://www.facebook.com/StandUpToOil/  (this link will be archived).

The People’s Hearing, held in conjunction with the BOEM Open House, was organized by members of the Stand Up To Oil coalition, including the Surfrider Foundation, Washington Environmental Council, Sierra Club, Citizens for a Clean Harbor, and 350.org. 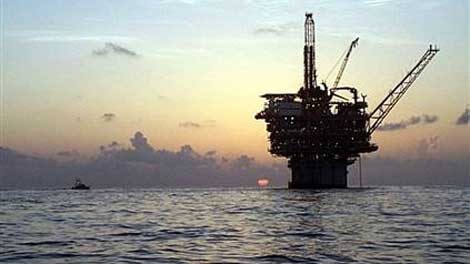