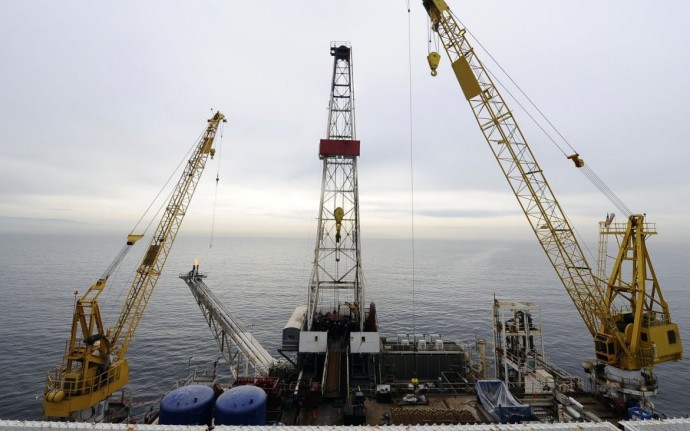 Offshore hydraulic fracturing operations off the coast of California use highly toxic chemicals that are often released directly into water along the state’s coast, the Center for Biological Diversity revealed today, calling on the state’s Coastal Commission to halt fracking for oil and gas in state waters.

In an analysis sent by letter to the Commission ahead of a meeting this week in Newport Beach, The Center for Biological diversity pulls from data disclosed by oil companies and obtained from government documents that highlights seven risky chemicals used in “hundreds of recently revealed frack jobs in state waters” that directly violate the Coastal Act.

Multiple oil platforms, according to the research, are discharging wastewater directly into the Santa Barbara Channel, according to a government document, and other areas along the California Coast.

In the offshore context, fracking fluid is either discharged into the ocean or transported for onshore underground injection. When disposed of at sea, these chemicals enter the marine ecosystem. The Coastal Commission acknowledges that approximately half of the platforms in the Santa Barbara Channel discharge all or a portion of their wastewater directly to the ocean. This produced wastewater contains all of the chemicals injected originally into the fracked wells, with the addition of toxins gathered from the subsurface environment. These discharges of toxic chemicals directly contravene the requirements of the Coastal Act, which charges the Coastal Commission with the “protection against the spillage of . . . hazardous substances.”

“The Coastal Commission has the right and the responsibility to step in when oil companies use dangerous chemicals to frack California’s ocean waters,” said Emily Jeffers, a Center attorney. “Our beaches, our wildlife and our entire coastal ecosystem are at risk until the state reins in this dangerous practice.”

The research shows that at least one-third of chemicals used in offshore fracking operations “are suspected ecological hazards” and are suspected of “affecting the human developmental and nervous systems.”

The chemicals include X-Cide, which is “classified as a hazardous substance by the federal agency that manages cleanup at Superfund sites.”

“Because the risk of many of the harms from fracking cannot be eliminated, a complete prohibition on fracking is the best way to protect human health and the environment,” the letter states.

A recent report by the Associated Press showed that California coastal regulators were unaware until recently that offshore fracking was even occurring.

This article originally appeared in CommonDreams.