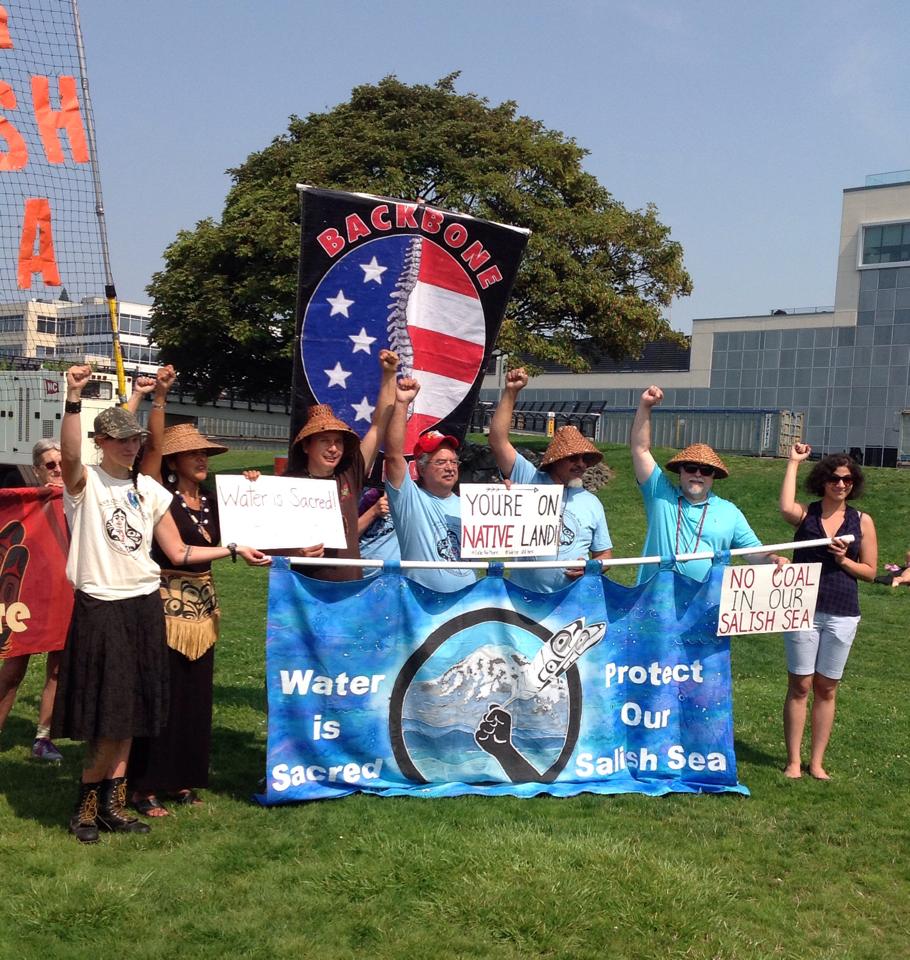 Crowds of peaceful supporters came together at Seattle’s Sculpture Park on Monday, August 11, standing in solidarity to protect the Salish Sea and decrease oil train traffic in the Northwest. Proposed terminals include Cherry Point, located on the Lummi Nation’s sacred grounds.

After welcoming friends that arrived from water and land, members of the Duwamish tribe led the group in a healing song for the waters. 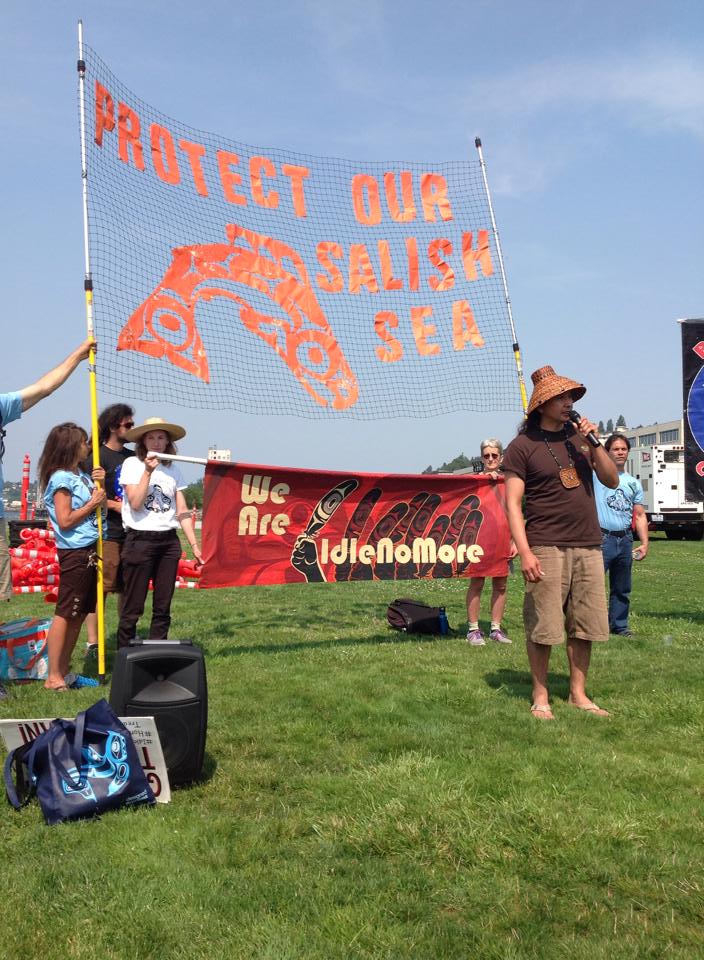 Water is one of the first things to go,” said Michael Evans, Snohomish Tribe of Indians Chairman. “We’ve already noticed that some of the fish are starting to die. If the fish can’t live in the fresh water, neither can man. We really need to pay attention to what we are doing to ourselves and to the land, it all affects the Salish Sea.”

One young supporter at the event said it was “all about Indian solidarity” and stressed the importance of standing together to oppose the increase of fossil fuels in our Puget Sound waters.

Monday’s rally was organized by Idle No More Washington, 350 Seattle, Protect the Sacred and Backbone Campaign. 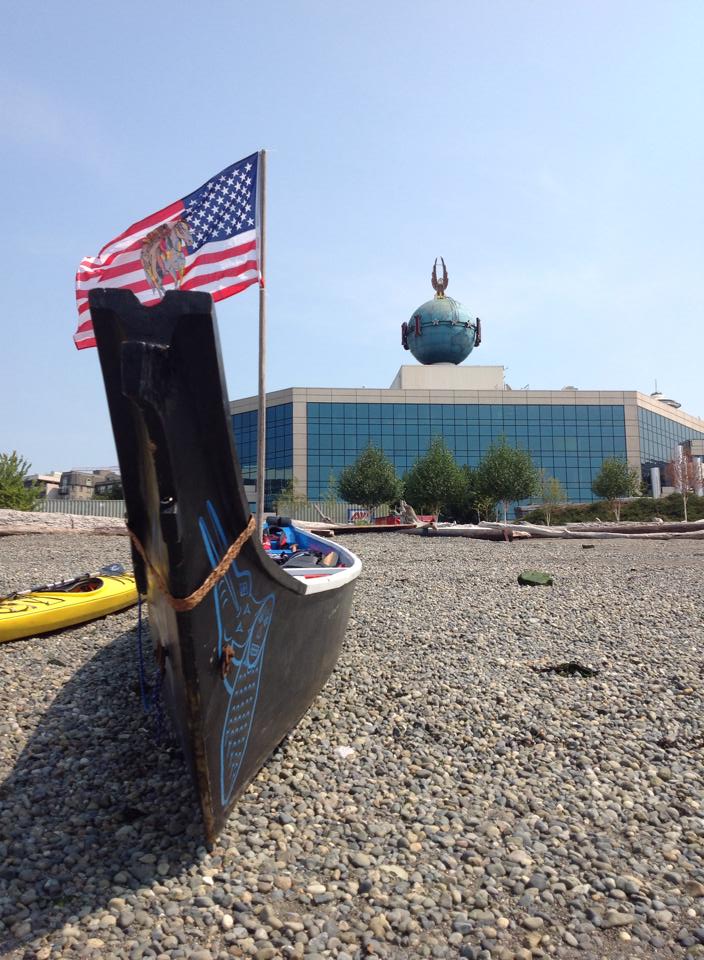 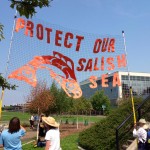 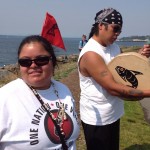 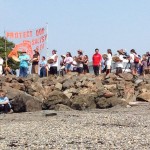 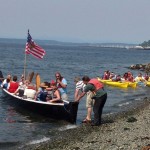 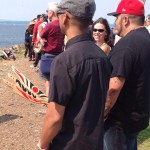