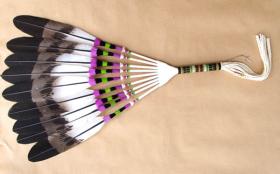 A two day conference allows a newly created organization to demonstrate its work and research on various health-related issues facing Native Americans in the United States. The sixth annual Tribal Epidemiology Center Public Health Conference’s theme isWhere We Have Been, Where We Are, And Where We Are Going.

Where We Have Been

In the mid 1990’s, Native American tribes saw the need to write their own health stories and maintain their own data banks on health statistics. Funding from the Indian Health Service helped to create the first two epidemiology pilot centers, or EPI Centers.

In 2004, the Oklahoma City area received similar funding to create what is one of twelve centers currently serving the United States’ indigenous population.

Where We Are Now

Tyler Snyder is the epidemiologist at the Tribal Epidemiology Center in Oklahoma City. Snyder says this center is not just about a traditional view of epidemiology.

“What we do here, instead of doing just disease outbreak and surveillance, we provide EPI services in the form of helping people develop surveys, implement the surveys, doing analysis and we also provide training, like tobacco cessation training, intervention training, and training on a number of other health issues,” said Snyder.

“We also provide some community health profiling,” Snyder said. “We look at data from the national level, state level and also some locally collected data and put those together to form a picture for a tribe so we can say ‘here’s what your tribe’s health looks like right now.’

“Tribal epidemiology centers are to be considered as public health authorities for the area tribes,” Anderson said. “The EPI centers were to carry out seven specific functions including disease surveillance, data collections, evaluation of delivery systems, assist tribes in identifying highest priority health status, recommendations for targeting services, and so on.”

Where We Are Going

Patricia Yarholar (Sac and Fox) is the public health coordinator at The Tribal Epidemiology Center. Yarholar sees the conference as a way to implement some of those directives. The two day conference will hold several behavioral workshops and suicide prevention workshops imbued with native sensibilities.

“We also have the health policy track, we’re going to be having a workshop on incorporating taking culture into policy. Making tribal health programs and employees work with American Indians so it will be culturally appropriate information,” Yarholar said.

“A workshop on accreditation for public health as well as another one on the tribal public health institute is very new and I think a lot of people will be very interested in what this workshop has to share with us,” Yarholar said.

“What it does is reach out to tribes and provides market analysis, organizational and financial analysis in working with Native American tribes,” Yarholar said. “An assessment to determine needs and the potential role that the tribal health public institute has in order to go along the line of organizational structure, and operating costs can be done.”

The AARP will be holding a round table on transportation.

“This relates to a lot of the health disparities people experience because they don’t have transportation to go to appointments or maybe to go to different areas to pick up medication or to pick up proper foods,” Yarholar said.

Other workshops will go over the Affordable Health Care Act, the Health Insurance Marketplace, diabetes in Cherokee children and diabetes in the Kickapoo tribe.

The 6th Annual Tribal Epidemiology Center Public Health Conference takes place April 29 & 30 in the Fire Lake Grand Casino in Shawnee and is free and open to the public.