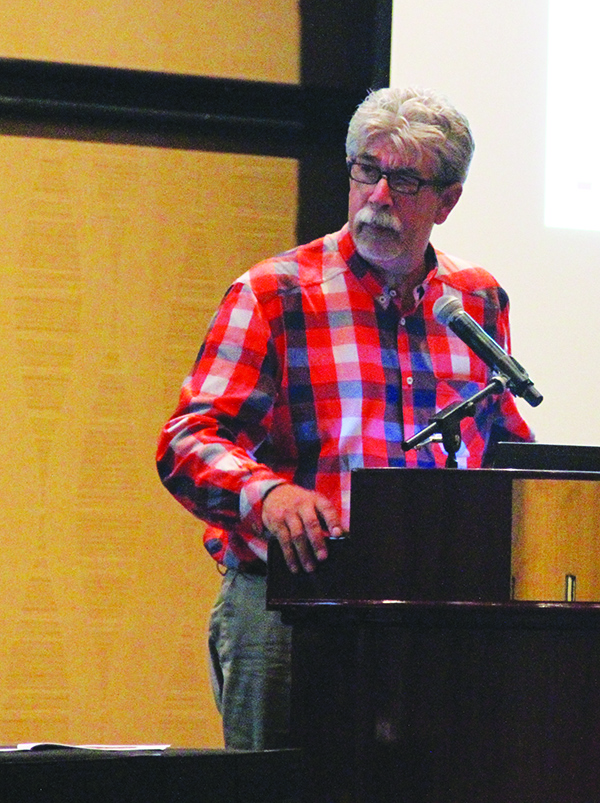 “Out of curiosity, how many folks here have someone they know who has an opioid addiction?” asked Tulalip Tribes Chairman, Mel Sheldon, at the Opioids and Heroin in Snohomish County community forum. In response, nearly everybody in the Orca Ballroom of the Tulalip Resort and Casino raised their hands.

“I’ve been to too many funerals supporting families who lost a loved one due to an overdose,” Mel continued. The first time he saw the effects of heroin was in the service. Mel witnessed G.I.’s fall victim to ‘China White’ the popular street name for the drug at the time.

Mel stressed that the forum was designed to inform and heal.  He understands the difficulties of addiction and spoke of his many years of sobriety from alcohol. 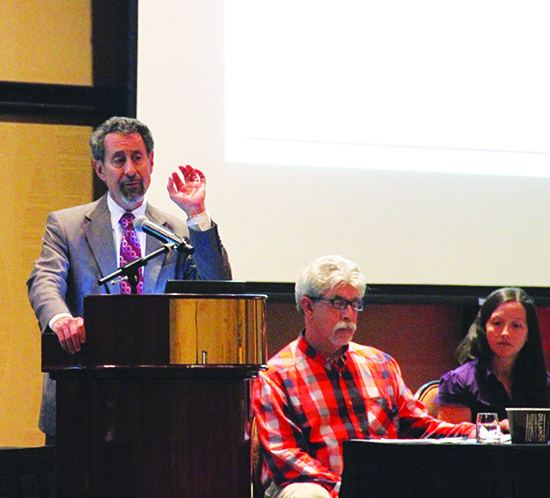 Before introducing guest speaker, Dr. Gary Goldbaum, Mel expressed that sharing is a part of the road to recovery and understanding, and that community is stronger by working as one. “When we share, we may hear something that inspires us, something that helps us. So when a friend says ‘I need some help’ we can give them the resources they need, and make a difference.”

Dr. Gary Goldbaum spoke about the epidemic that is destroying communities nationwide. He explained that is extremely difficult to quit once you have started using opioids. He showed side-by-side chemical structures of the prescription opioid OxyContin, prescribed for pain, and of heroin, revealing the two structures are nearly identical.

Because heroin produces the same effects to the human body as OxyContin, many people turn to heroin once their prescriptions run out. The price is cheaper and the demand is so high that the drug has become easily accessible. In recent years, deaths caused by heroin overdose have hit the community of Snohomish County extremely hard. For this reason Dr. Goldbaum believes that a major key in preventing people from trying opioids is education, and suggests that educating children at a young age would tremendously help stifle the epidemic. “This is beyond any one person,” he expressed. “This requires all of us.”

Goldbaum explained in detail what happens during the downward spiral of someone who is addicted to opioids. “Once a person becomes biologically dependent they are driven so hard to get the drug, that it comes at the expense of everything else in their life. Nothing is as important as getting the next fix, because withdrawal is painful.”

He went on to explain that the ‘miracle drug’, Naloxone, should be carried with addicts and friends and family members of addicts at all time. Naloxone saves lives by reversing an overdose in a matter of minutes.

Chief Carlos Echevarria of the Tulalip Police Department stated he shares the frustration and anger the community feels. He said that nearly every crime responded to is heroin related.

“It’s our number one concern,” Chief Echevarria said. “When I was about fifteen I lost two uncles. Last year I lost my brother due to an overdose, so I understand.” He shared that he felt the ‘what ifs’ and that he shared tears with parents in his office who were making funeral arrangements for their children.

The health clinic and community health program provides intake exams and counseling for recovering addicts, though treatment and most counseling takes place at Family Services.  The program also helps expecting mothers who are using to get and stay clean during pregnancy.

Rico was instrumental in the passing of Tulalip’s Good Samaritan Law and he also worked hard to get the health clinic’s pharmacy to distribute Naloxone. Rico is also known for running Tulalip’s Clean Needle Exchange Program, where he personally walks throughout the Tulalip Community picking up used needles. The exchange also makes clean needles easily accessible, preventing diseases such as HIV for addicts who would otherwise share needles.

Two speakers, Debbie Warfield and Jim Hillaire, each shared their heartbreaking stories of how heroin stole their children at young ages.

Debbie described her son, Spencer, as a normal kid who loved sports but hated school. Before Spencer started high school they noticed he started to display more aggressive-like behavior. Thinking it was just a phase and the growing pains of adolescence, Debbie didn’t look too far into the behavior at first. However, by the time Spencer reached high school he was diagnosed with depression and ADHD and was prescribed medication. The medication caused him to become distant in both his home and social lives.

Spencer graduated and attended Washington State University where he was diagnosed with anxiety, and this time, opioids were prescribed. Spencer then tried heroin. He went to treatment for 28 days, but eventually died from an overdose.

Jim recently lost his daughter Angelina. She fought a long hard battle with her heroin addiction. She would often get clean for extended periods of time, and then relapse. Each time she relapsed she made strong efforts to get clean again by going back to treatment.

Hillaire stated the entire staff at one of the treatment facilities loved Angelina so much, they invited her to stay and work for them. Ultimately, Angelina decided against staying because she wanted to be with her family. Angelina lost her heroin battle this past summer. Jim stressed that this epidemic is a sickness, similar to a zombie apocalypse, and urged “these people are not dead but are valuable. They are worth our time and our help.”

The major keys that Jim stressed repeatedly are that the entire community needs to be more involved in each other’s lives in order for change to happen, to revisit some of the traditional teachings and practice them at home, and the community also needs to understand what addicts are going through. “I never met one person that wanted to continue to be an addict,” Jim stated. 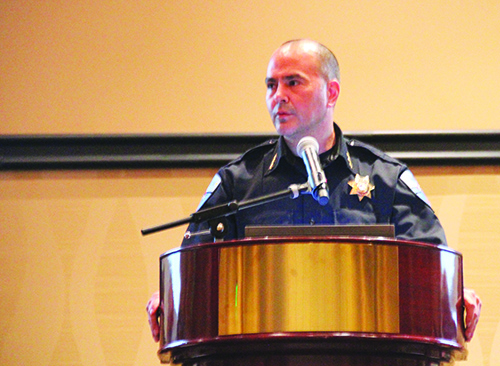 Chief Echevarria said the Tulalip Police Departments priority is to bust the small time dealers in the Tulalip community. The Chief will also continue to assist, in any way possible, with the Snohomish County Sheriff’s Department. Commander Pat Slack states that the Sheriff’s Department is focusing on catching the suppliers who are importing the heroin from Mexico.

The forum concluded with a Naloxone training to better equip attendees with the knowledge of how to revive a person who has overdosed.

Another forum will be held on October 13, starting at 6:30 p.m. at Edmonds Community College.