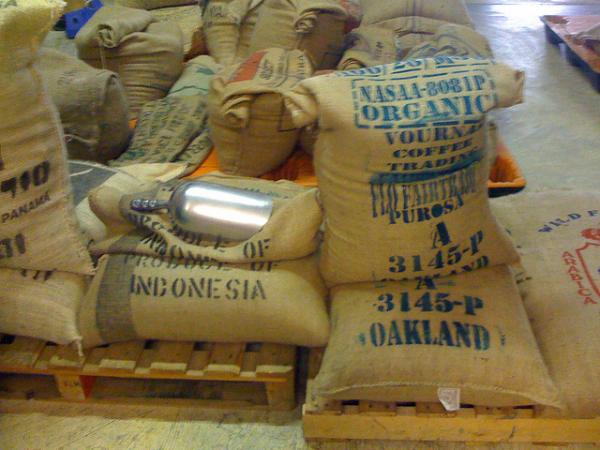 Between disputes—even wars—over land rights to the fight for a fair wage, there is no doubt that the coffee industry affects the lives of indigenous people wherever coffee is grown. This is especially true here in Central America where coffee is one of the developing world’s biggest exports. Compacting the affect of coffee on indigenous communities is the threat to their land. Rainforests are cut down to make fields for the coffee while water is contaminated by chemical run offs from herbicides and the curing process. As indigenous people, what can we do to support our brothers and sisters in the Coffee Belt? Well, we can start by buying coffee with ethics but just what do all the labels and certifications mean? Here are four of the most commonly used certifications for coffee and a quick run down of what exactly they stand for:

Created to help combat the destruction of the rainforest, coffee is just one of many products that the Rainforest Alliance certifies. Their environmental standards call for 70 trees (at least 12 must be native species) per 2.5 acres, no altering of natural watercourses, no trafficking of wild animals or irresponsible dumping of hazardous waste.

Children under 15 cannot be hired under the RAC, and coffee farmers are expected to take steps to allow minors to continue their education. However, unless the label reads 100% RAC, as little as 30% of the beans in your bag of coffee may actually be RAC. The origin and growing practices of the other 70% is anybody’s guess.

Unlike the RAC, at least 95% of the beans in a bag of coffee must meat the USDA’s organic standards to be labeled as organic. These standards prohibit the use of synthetic substances like herbicides and pesticides. While most synthetic substances rarely make it to the consumer (they are either washed off in the processing or burnt off in the roasting) these standards do help the environment and increase the quality of the air, water, and soil that the workers are working in.

The Fair Trade initiative began as a way to establish a minimum price on a pound of coffee. It’s been estimated that as little as 1 cent of each pound of coffee sold goes to the worker who picked the coffee, and less than copy to the farmer who grew it. As of April 11, 2011, Fair Trade certified coffee guarantees the farmer a price of copy.40 a pound, or copy.70 if it is organic—which still seems like chump change when compared to the copy2-copy6 you will spend on that same pound of coffee. However, the Fair Trade organization also ensures that some of that extra money trickles down to the coffee pickers in the form of a set minimum wage.

Under the Fair Trade label, farmers must follow sustainable practices for disposing of hazardous waste as well as maintain buffer zones around bodies of water to prevent contamination. Water and soil conservation is also stressed.

Shade-grown coffee is simply coffee that has been grown in the shade—under a tree canopy. There are a couple of benefits to shade-grown coffee: first, many swear that it tastes better. After all, it is the traditional way that coffee has been grown. Second, shade-grown coffee is better for the environment because it prevents a monoculture of coffee from occurring. Instead of having acres and acres of just coffee, every few feet a shade tree is planted. This helps cut back on diseases that monocultures are vulnerable too, it’s better for the soil (less erosion) and it encourages birds and other animals to inhabit the area.

However, there is no government or third party certification for shade-grown coffee. Essentially any producer or seller could slap the term “shade-grown” onto their coffee even if it’s not true. Therefore, you can never be sure how exactly your coffee was grown.

Darla Antoine is an enrolled member of the Okanagan Indian Band in British Columbia and grew up in Eastern Washington State. For three years, she worked as a newspaper reporter in the Midwest, reporting on issues relevant to the Native and Hispanic communities, and most recently served as a producer for Native America Calling. In 2011, she moved to Costa Rica, where she currently lives with her husband and their infant son. She lives on an organic and sustainable farm in the “cloud forest”—the highlands of Costa Rica, 9,000 feet above sea level. Due to the high elevation, the conditions for farming and gardening are similar to that of the Pacific Northwest—cold and rainy for most of the year with a short growing season. Antoine has an herb garden, green house, a bee hive, cows, a goat, and two trout ponds stocked with hundreds of rainbow trout.

Northwest sports teams are leading an effort to use the widespread appeal of basketball, football, baseball and hockey to spread an environmental message.

A group formed by six teams in Portland, Seattle and Vancouver, B.C., called the Green Sports Alliance set out three years ago to improve the environmental performance of professional sports. The alliance has grown to hundreds of teams across the country that are now competing to see who can be the greenest.
Baseball fields, basketball arenas and football stadiums across the country are installing solar panels and wind turbines. They’re selling local and organic food to their fans, and replacing trash cans with recycling and compost bins.

Supporters of this movement say sports offer a fun, non-political way to promote environmentalism. It saves money, cuts carbon emissions, and the environmental benefits count toward the teams’ record of community service.

The green sports game isn’t as exciting to watch as a slam dunk, a home run or a touchdown. But it has racked up some impressive stats:

The teams are tracking their environmental performance with help from the Natural Resource Defense Council and the Environmental Protection Agency. So they know where they stand in the environmental rankings. According to Martin Tull, executive director of the Green Sports Alliance, that has spurred some friendly competition.

“When one facility puts up 3,000 solar panels, the next time an owner is going to build a stadium, he wants to have 3,001,” Tull said. “We try to use that as much as we can to give them little catalyst to have the biggest solar array or to have the least energy used.”

Scott Jenkins, vice president of ballpark operations for the Seattle Mariners, said his team has been trying to match the San Francisco Giants’ recycling rate for years. This year, the Mariners fell a little short once again as the Giants reached a 95 percent recycling rate.

“Every time I think we’re going to catch up to them they raise the bar a little bit more,” Jenkins said.

Tracking environmental performance has also yielded some interesting data. When the Blazers commissioned a study to measure their carbon footprint in 2008, it revealed that 70 percent of the carbon emissions associated with the Moda Center come from fan and employee transportation to and from the arena. Team transportation and business travel, by comparison, only accounted for 4 percent of the team’s carbon emissions.

“That surprised us all,” said Justin Zeulner, sustainability director for the Blazers. “We realized we have to start engaging with our fans and our community to get to our impacts because they’re the ones selecting behavior. They’re the ones that decide: How am I going to get to the game?”

Sports teams aren’t looking to bog people down with environmental doom and gloom. Instead, they say, they try to make the idea of sustainable living fun. One hockey arena, for example, invites fans to shoot aluminum cans into the proper recycling receptacle.

The Mariners introduced two recycling superheroes: Captain Plastic and Kid Compost. They roam the concourse of Safeco Field offering photo ops and recycling and composting assistance. The compost from the games goes to Cedar Grove Composting, which in turn creates bags of Safeco Soil made from compost at its facility. Fans can take that compost home to use in the garden; the team also offers “kitchen catchers” to hold household food scraps.

The Blazers have a living wall that invites fans to high-five a hand print if they support the team’s environmental mission. It also has a chalkboard for people to share how they’re going green in their own lives.

Tull says money is another motivation for teams going green – and one the alliance uses to attract new members.

“When we sit down with a new team that we haven’t worked with we ask a very simple question: Would you like to learn how other teams have saved millions through conservation,” he said. “And what do you think they say? They say hell yeah.”

Northwest sports teams are among the first to prove that conservation measures such as replacing light bulbs and reducing water use at event centers have a quick return on investment.

“When you look at your bottom line and say I’m saving $400,000 a year in utilities, I’m saving $200,000 a year on my waste costs, and I’m building brand value and doing what’s right, it really is a no-brainer to get into that area,” said Scott Jenkins, vice president of operations for the Mariners.

For those who are rooting for a cleaner environment, Tull says, sports teams are a great way to sell the idea to a mass market.

“If I talk to a middle school student and say, ‘Did you realize the Portland Trail Blazers cut their energy use in their house by 30 percent?’ It’s a lot more exciting than if we say, ‘Did you realize that this local bank did a retrofit and cut their energy use?’”, said Tull. “Even with the exact same statistics it’s always going to be more exciting if it comes through the lens of sports.”

“So, if you want to reach Americans, you’ve got to go where they’re at,” he said. “Using the non-political, non-partisan, politically neutral space of basketball, baseball, football, hockey, tennis, soccer to educate people about the need for recycling, energy efficiency, water conservation and safer chemical use. It’s a spectacular platform and at the same time tens of millions of pounds of carbon have been reduced.”

Peter Murchie is an environmental health manger for the EPA in Seattle. He says his agency is hoping that fans will take environmental lessons home with them from the big game. He’s hoping the movement will trickle down to younger sports teams, too.

“Sports translates down into your local communities,” he said. “If you see that the Seattle Seahawks or Portland Trail blazers being green, there’s a chance that your local little league and youth sports will also look at how they can do things in a more sustainable way. That gets an even broader marketplace.”

What about climate change?

So far, sports teams are leading by example and sticking with subtle environmental suggestions. However, this year several league commissioners sent letters to Congress acknowledging the issue of climate change.

The Trail Blazers are the first and only professional sports team to sign a climate declaration. Zeulner says he’s hoping the unifying nature of sports can move people beyond political barriers toward taking action on climate change.

“You can go to a sporting event and be sitting with people who are complete strangers to you, but you’re all focused on that energy of what’s happening on the field – what’s happening on the playing surface,” he said. “You start seeing people high-fiving each other, hugging each other over this thrill of whatever the sport is. The emotion of that sport. These are Republicans and Democrats. They’re different races. Different sexes. It doesn’t matter. Sports gives you that opportunity to strip all those barriers down and realize we actually want the same things.”

The Green Sports Alliance is already expanding into college sports and is now looking at the prospect of including teams across the globe in Europe and South America.