WASHINGTON – Thousands lined the beach at Point Grenville on the Quinault Reservation to greet the arriving canoes. The Quinault Tribe will host the canoe families and visitors for a week of celebration. 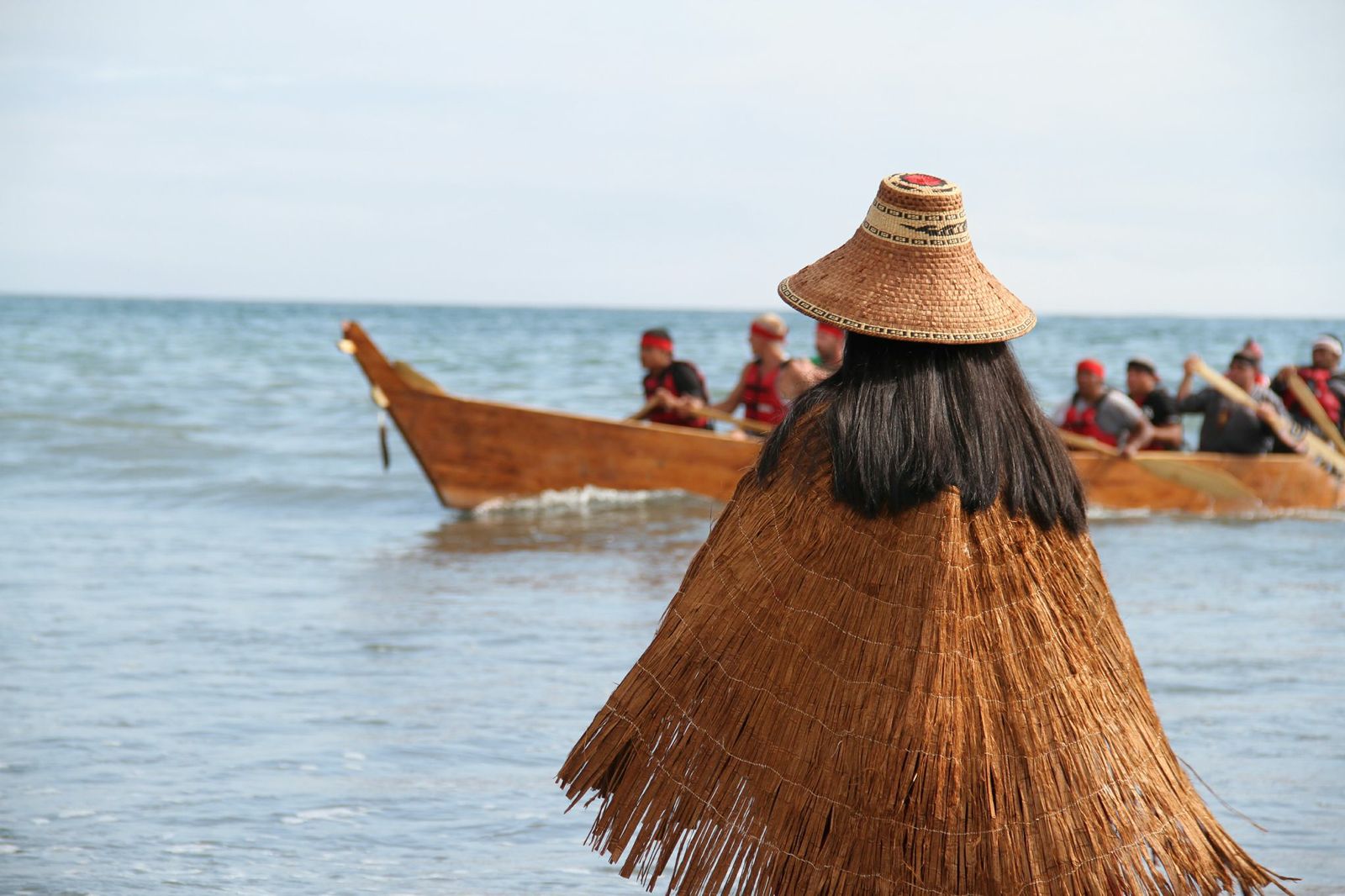 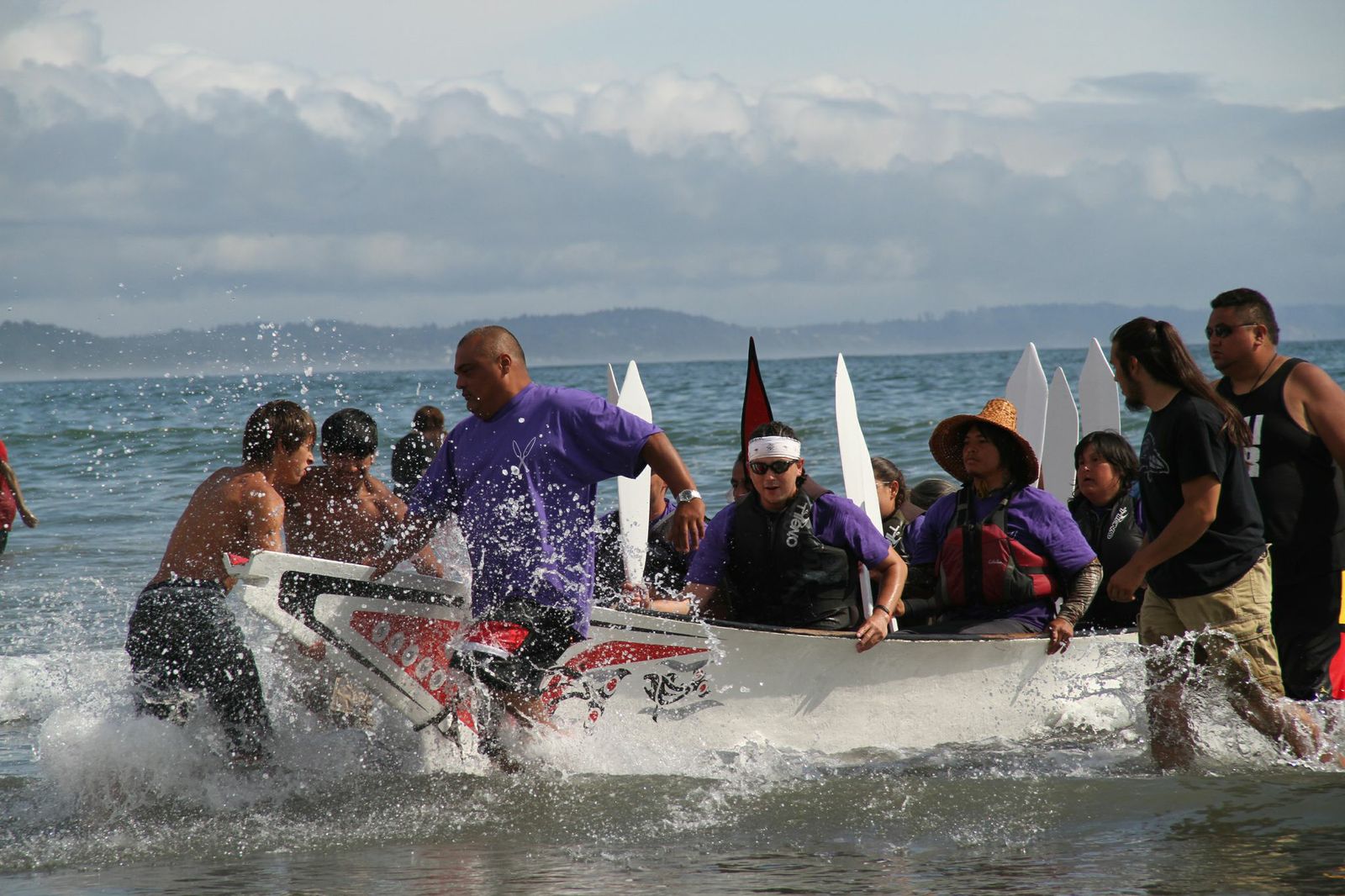 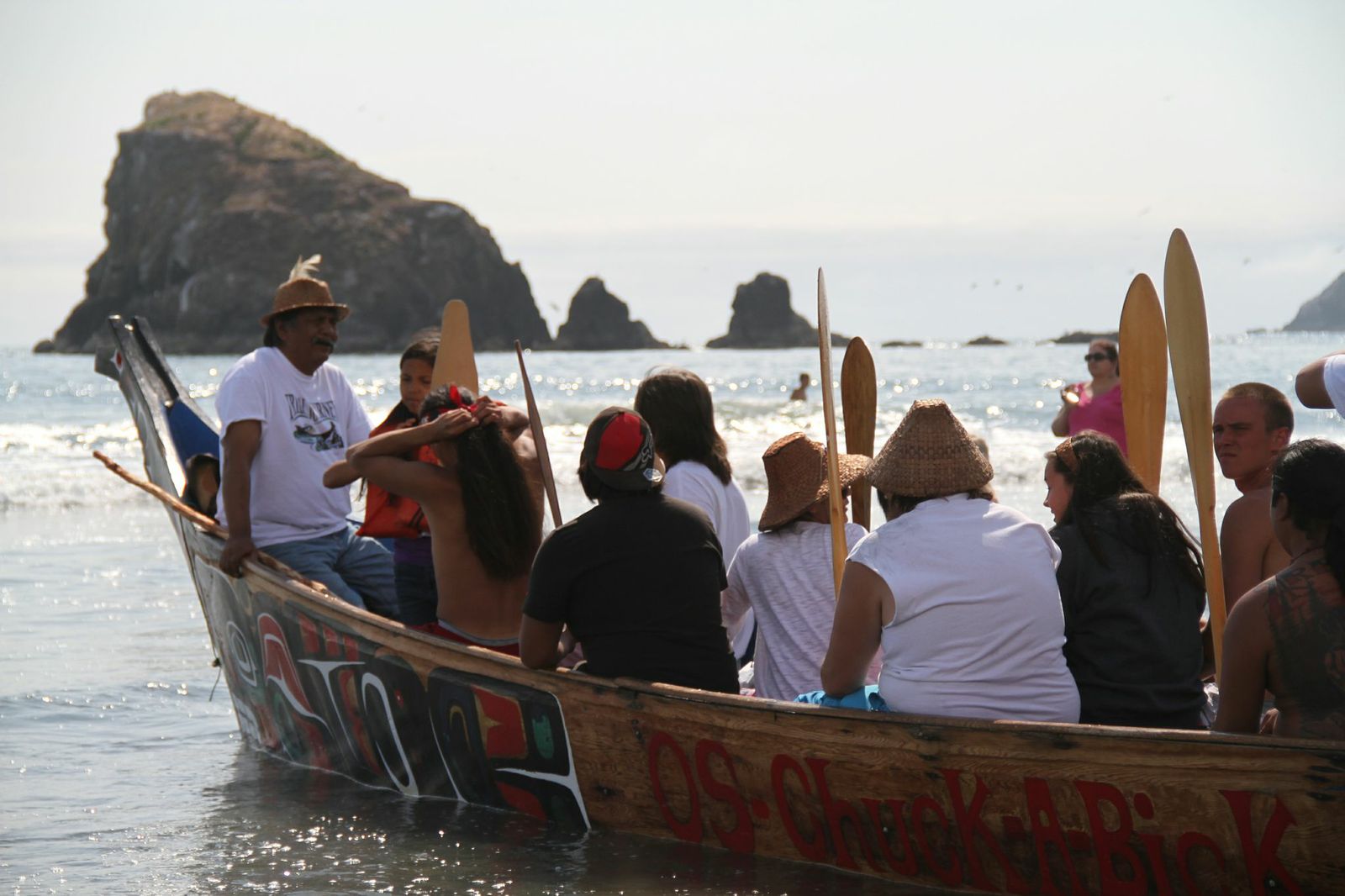 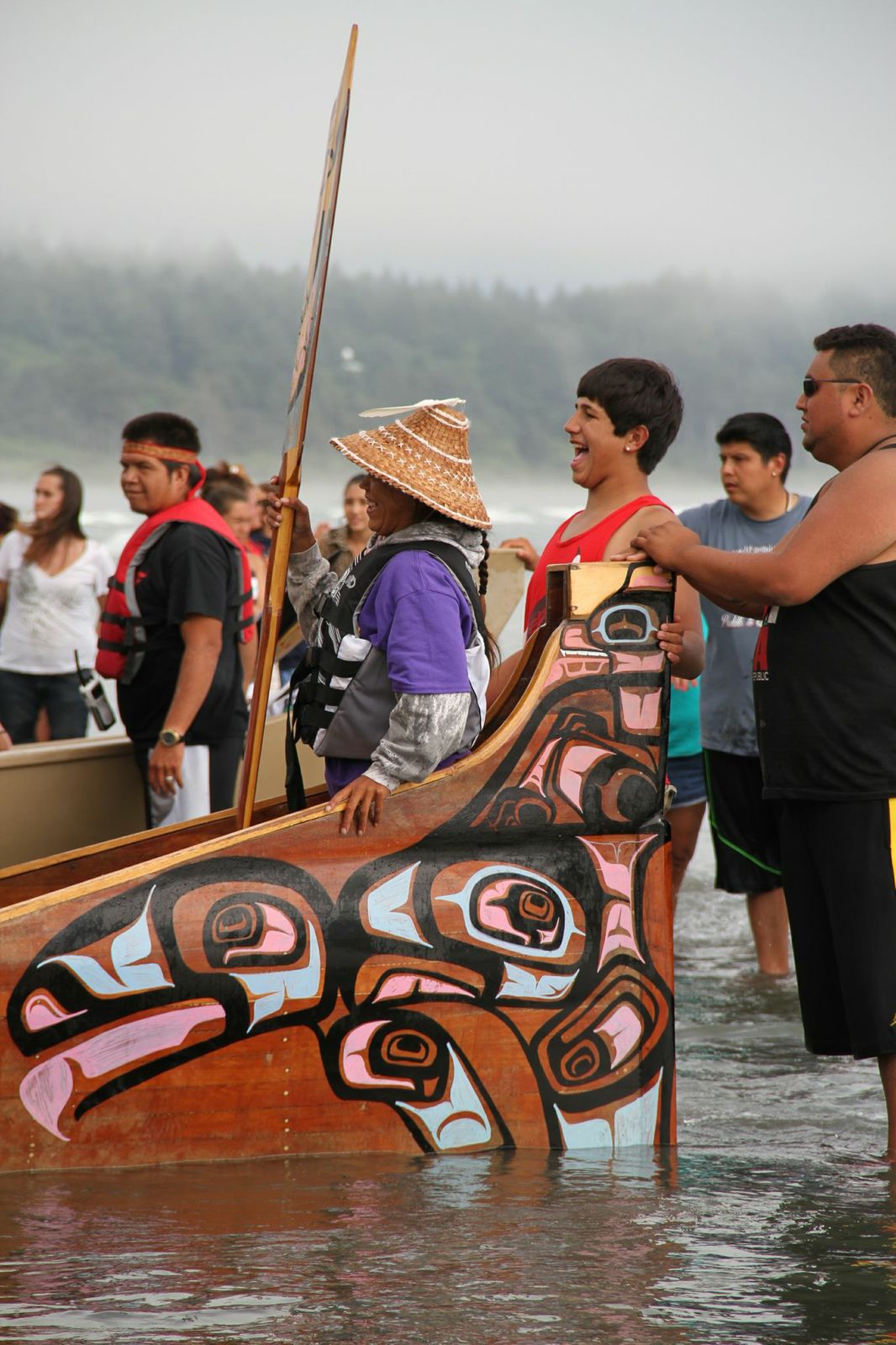 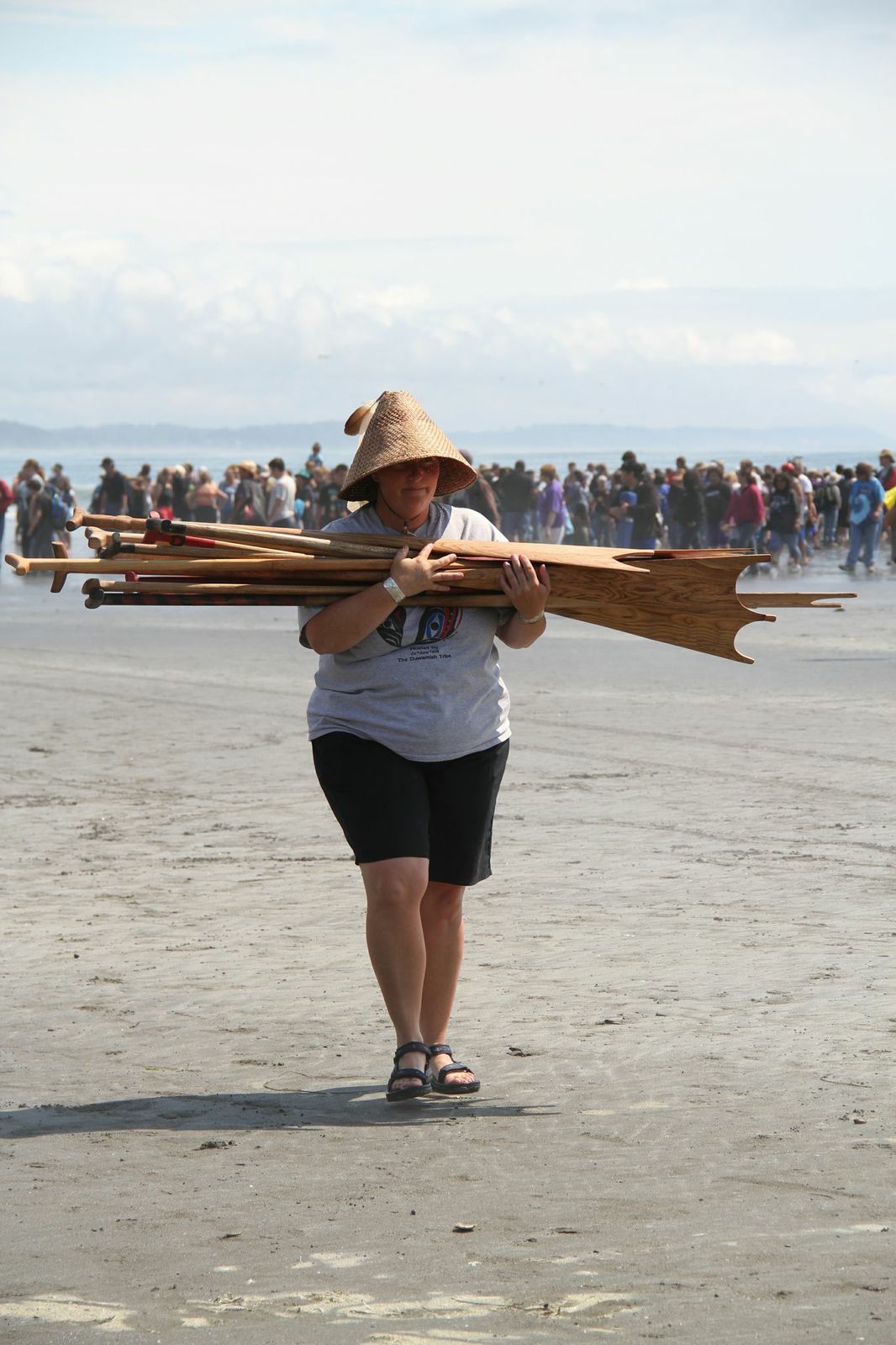 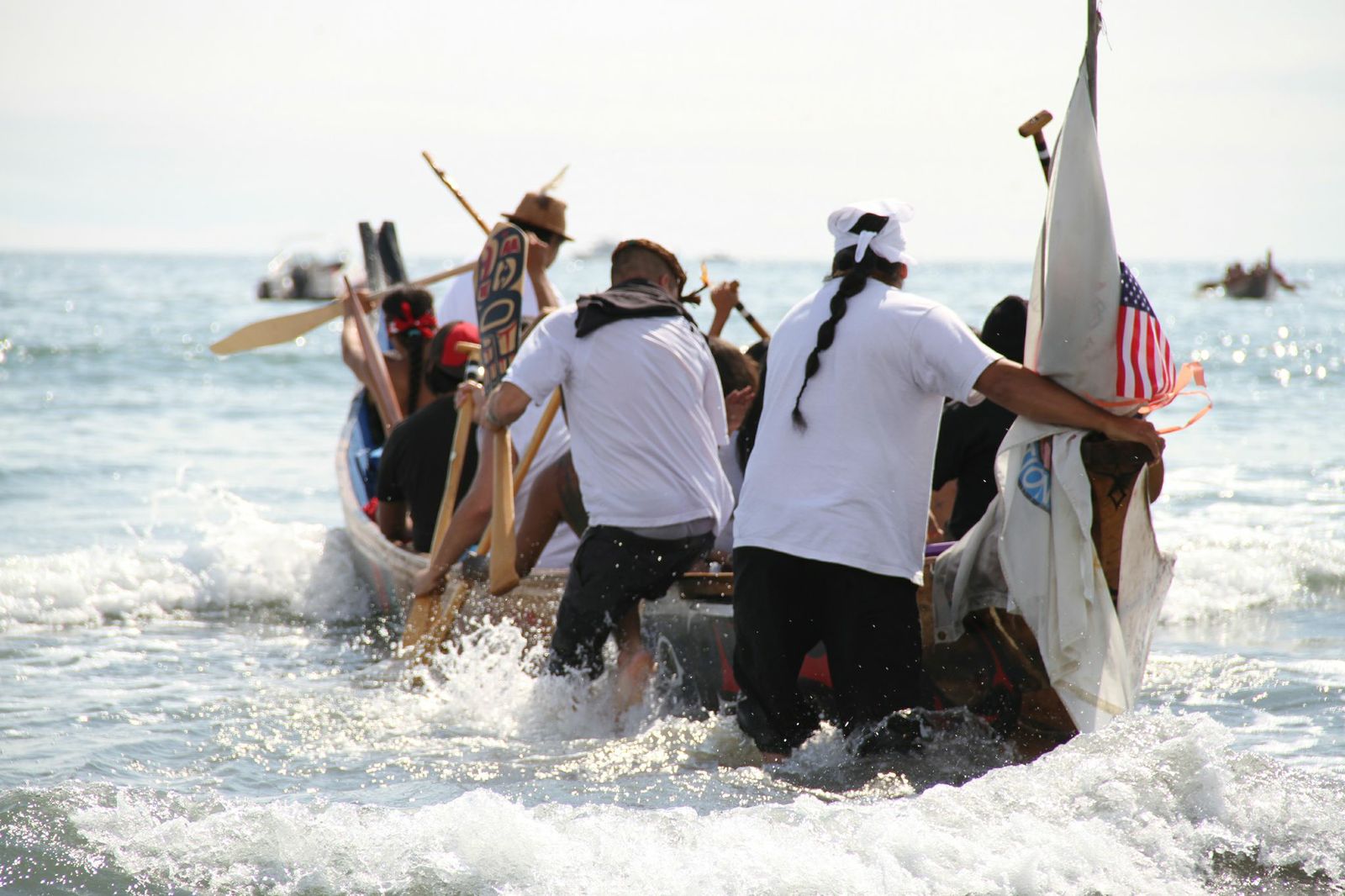 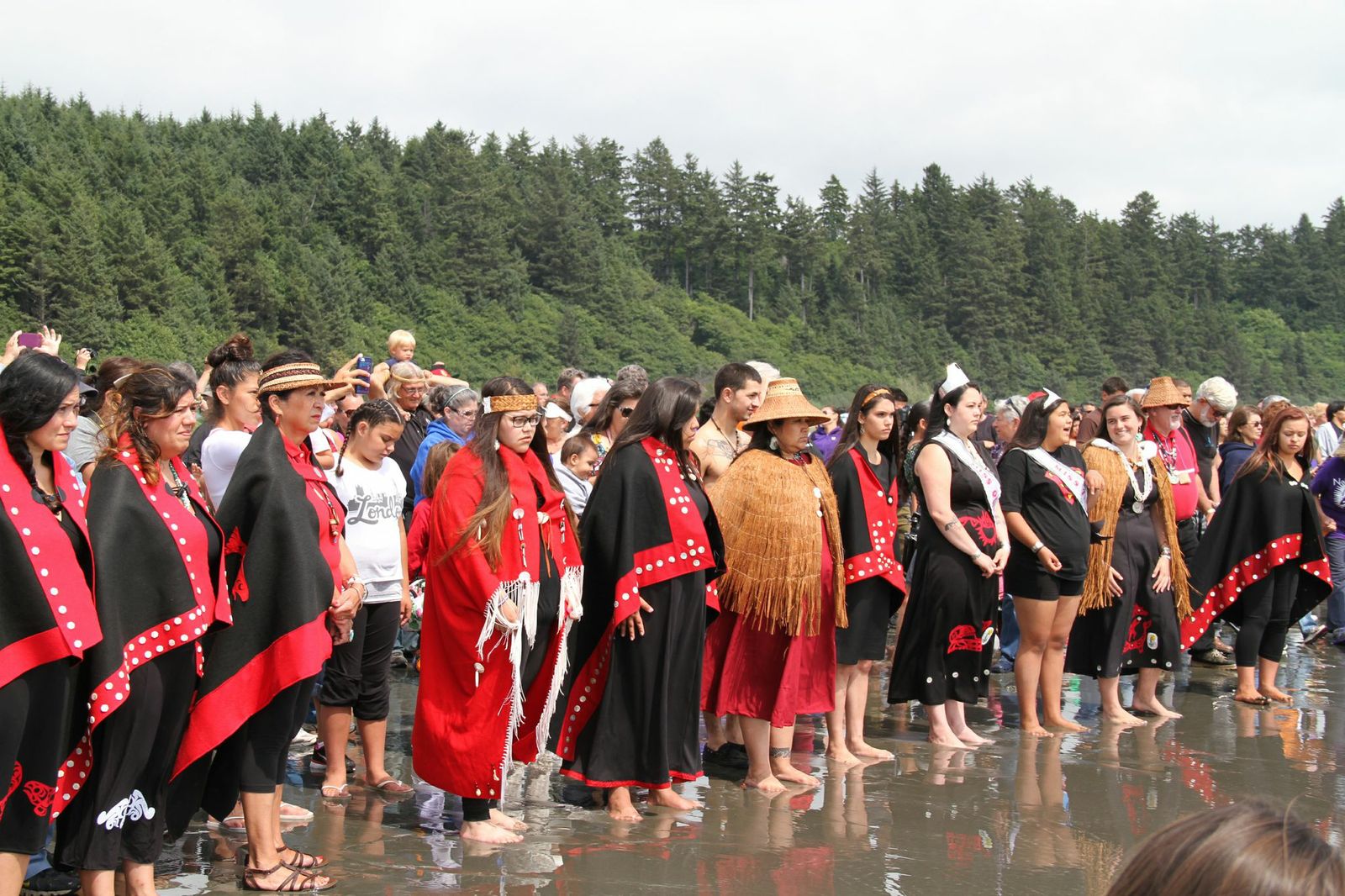 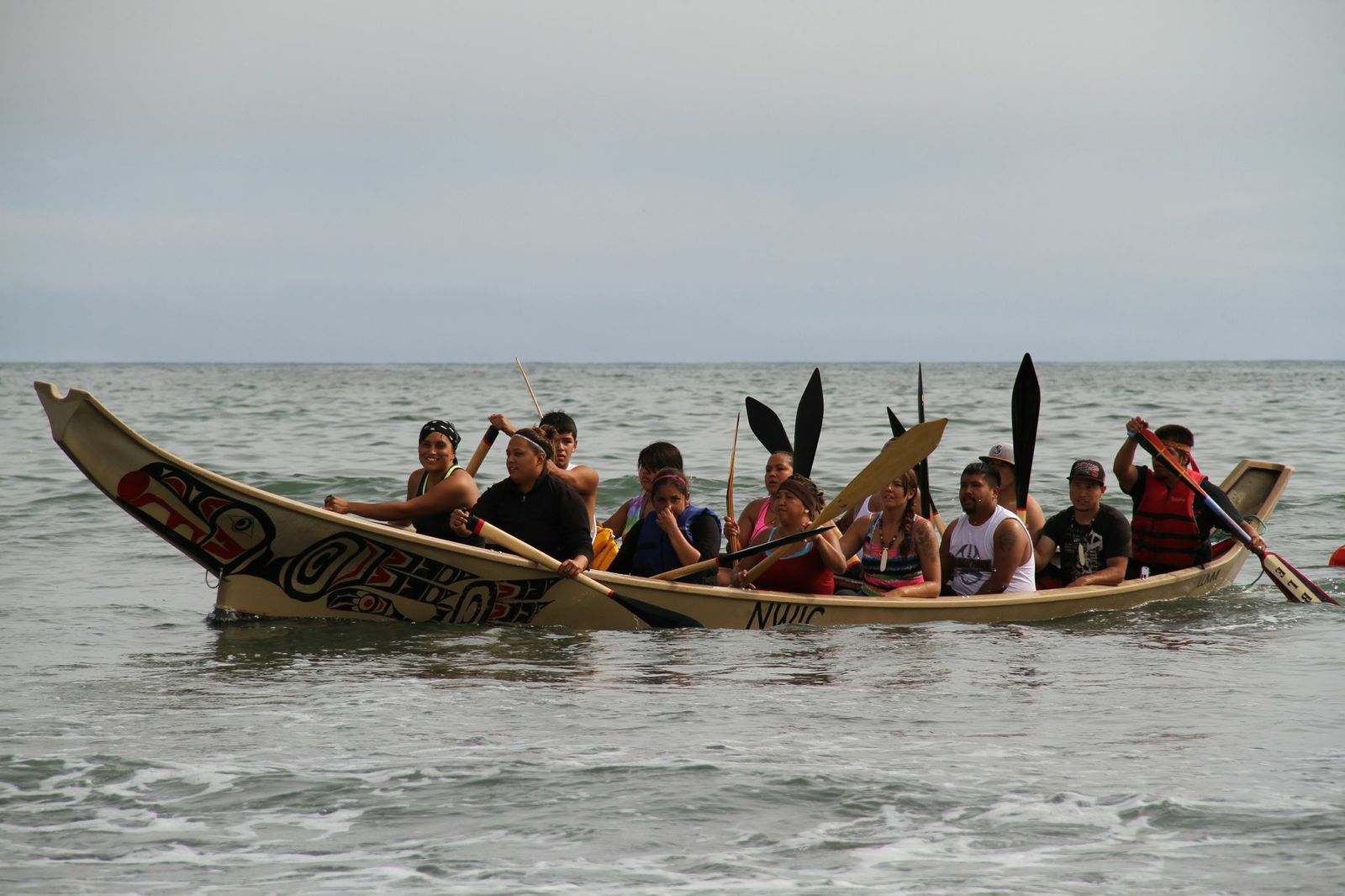 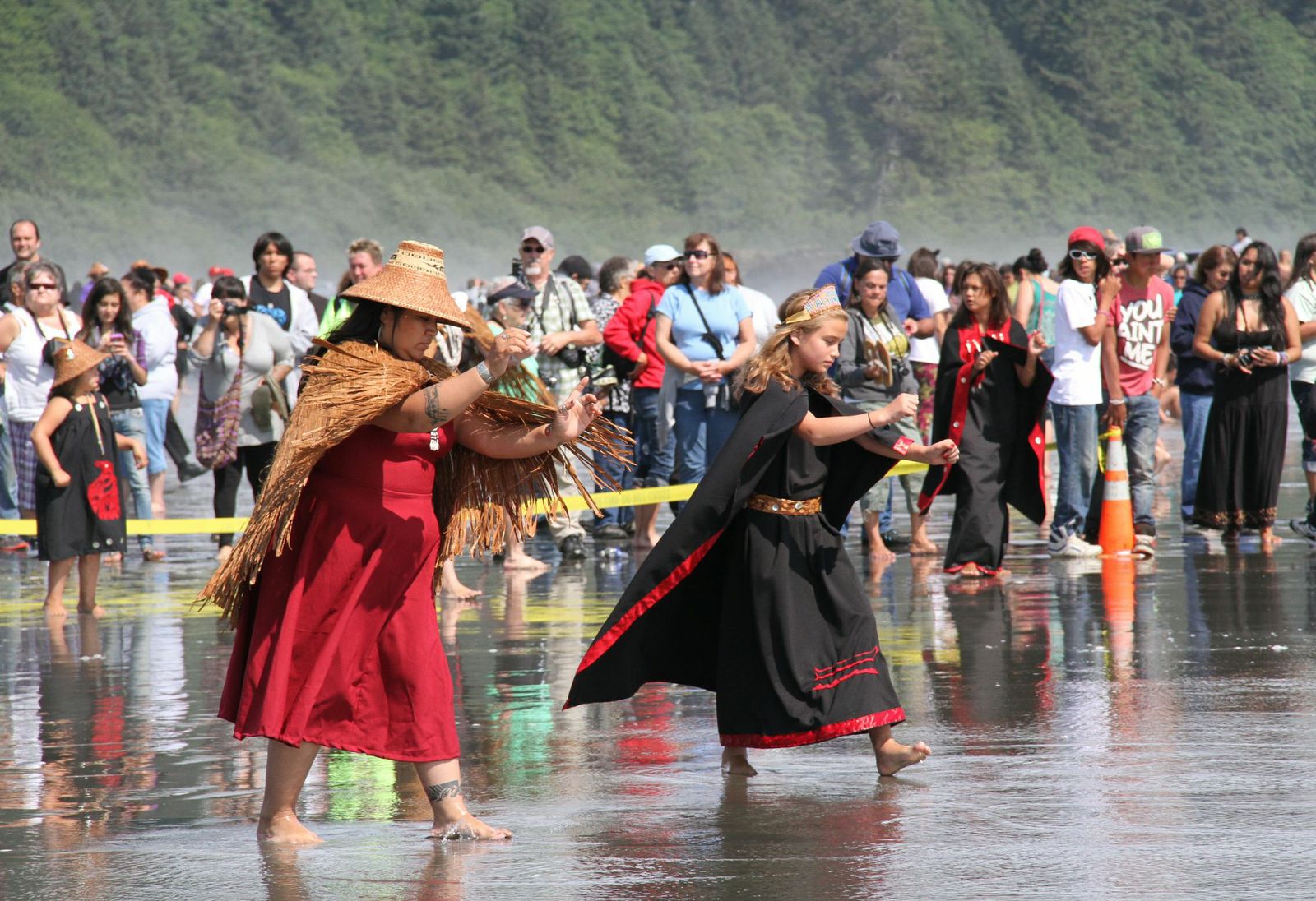 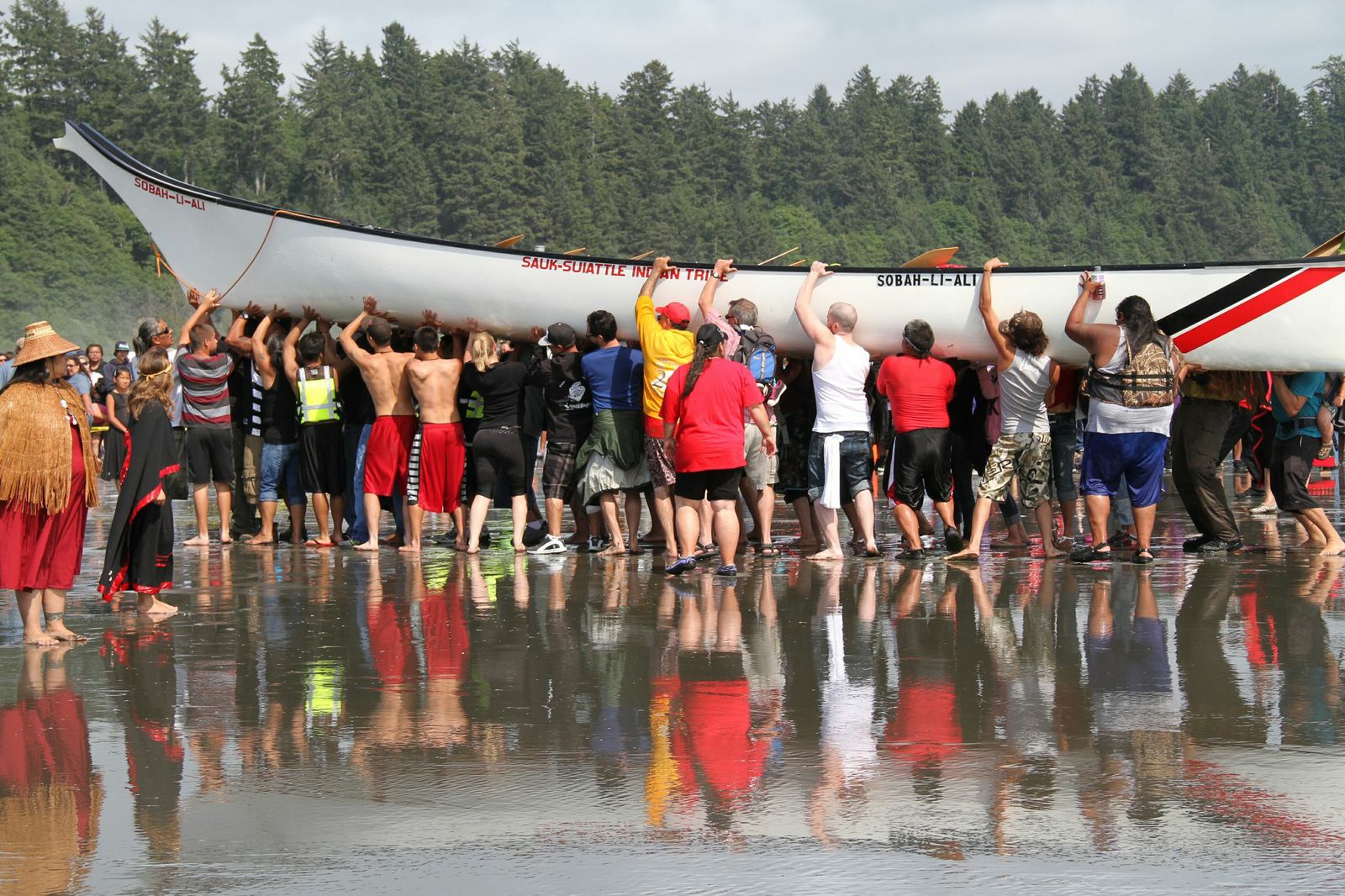 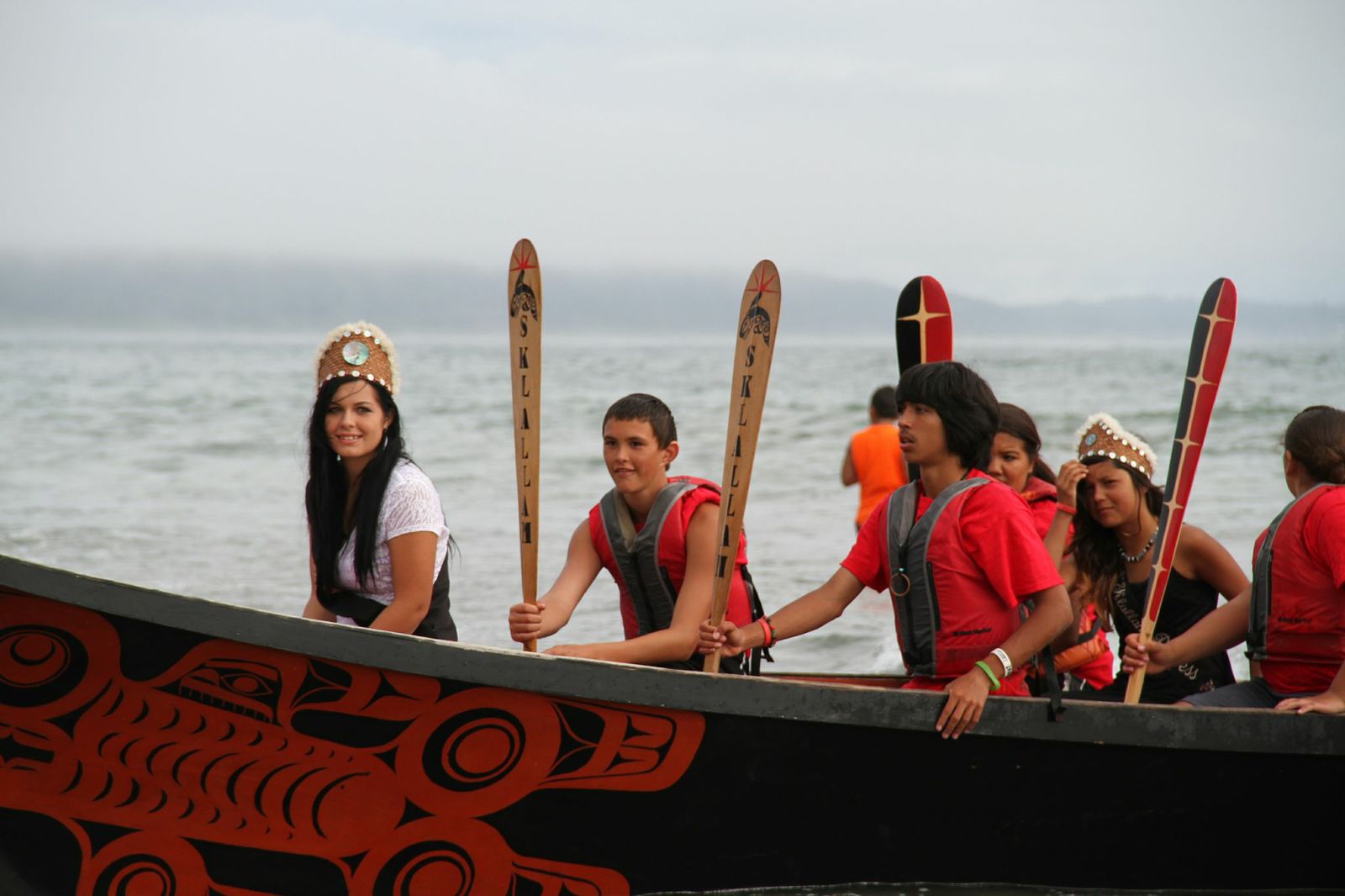 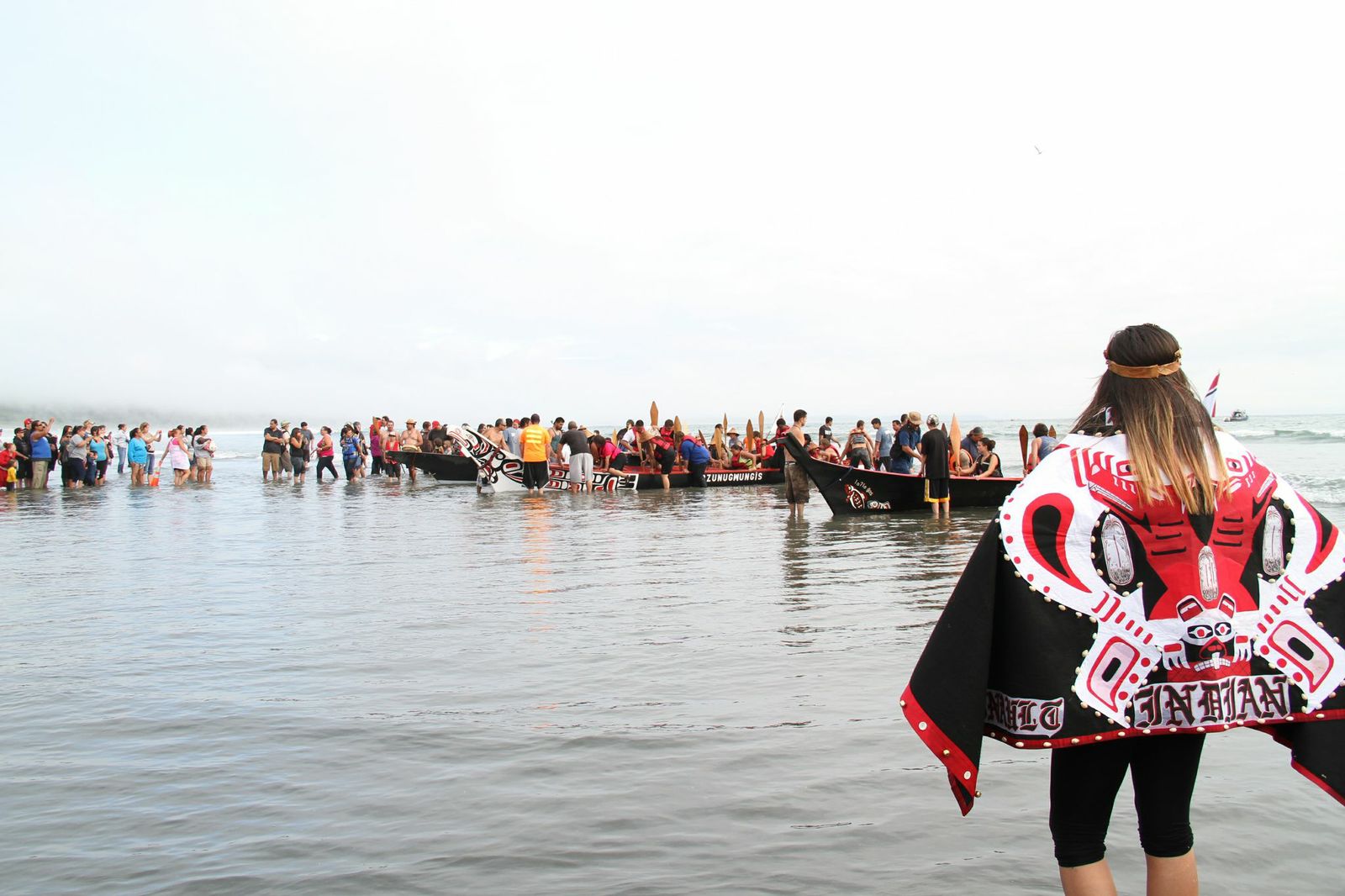 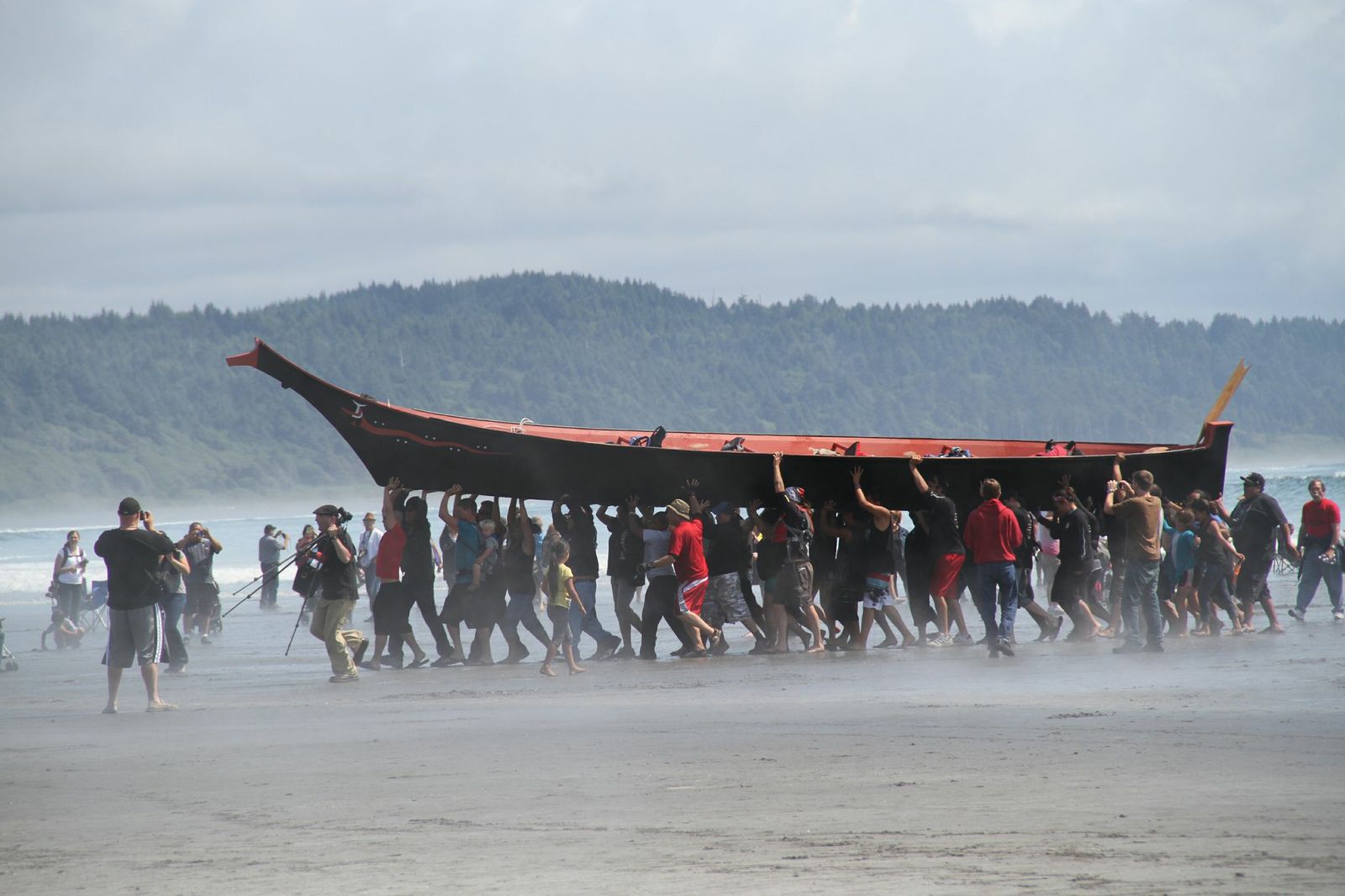 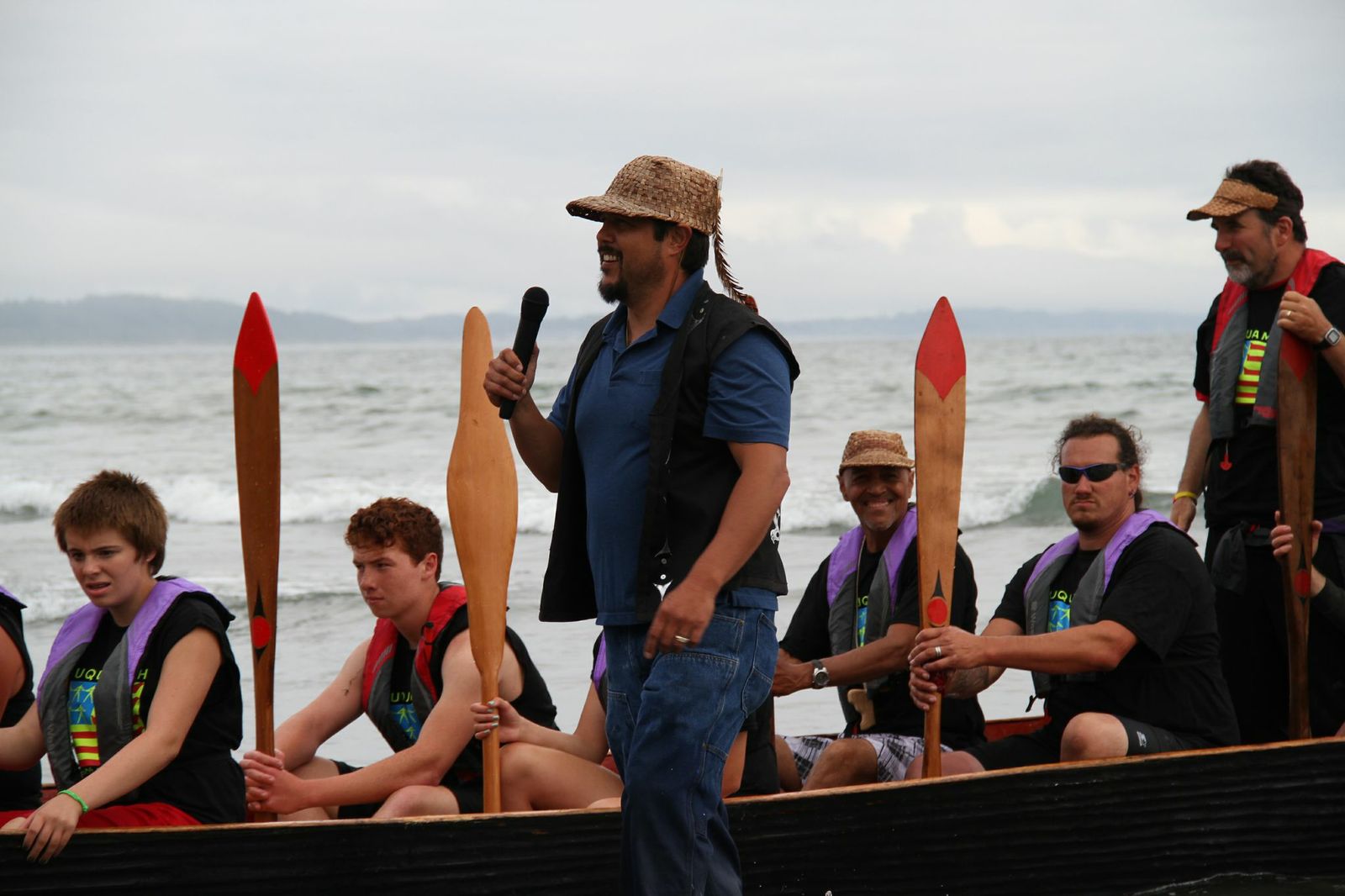 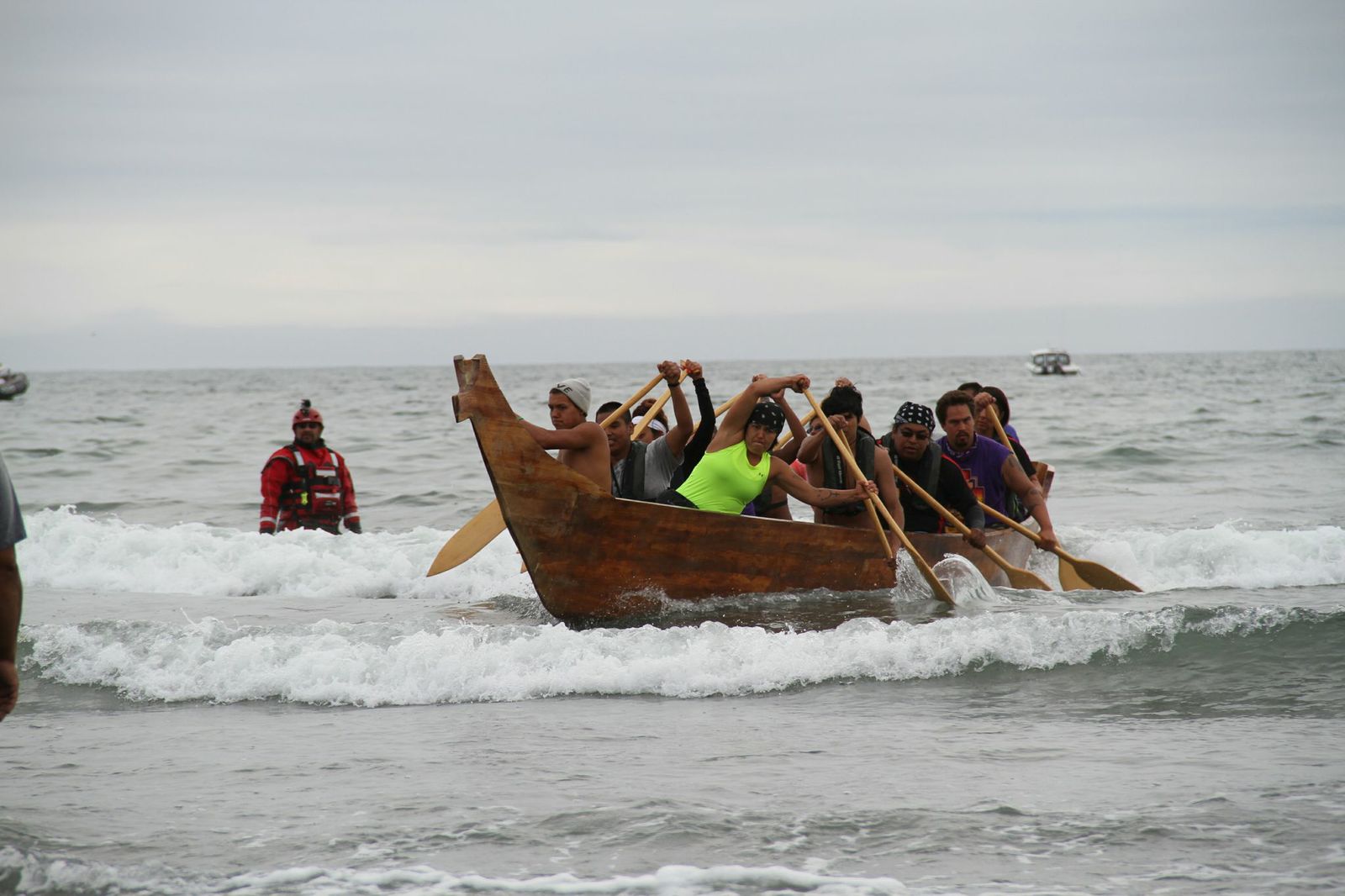 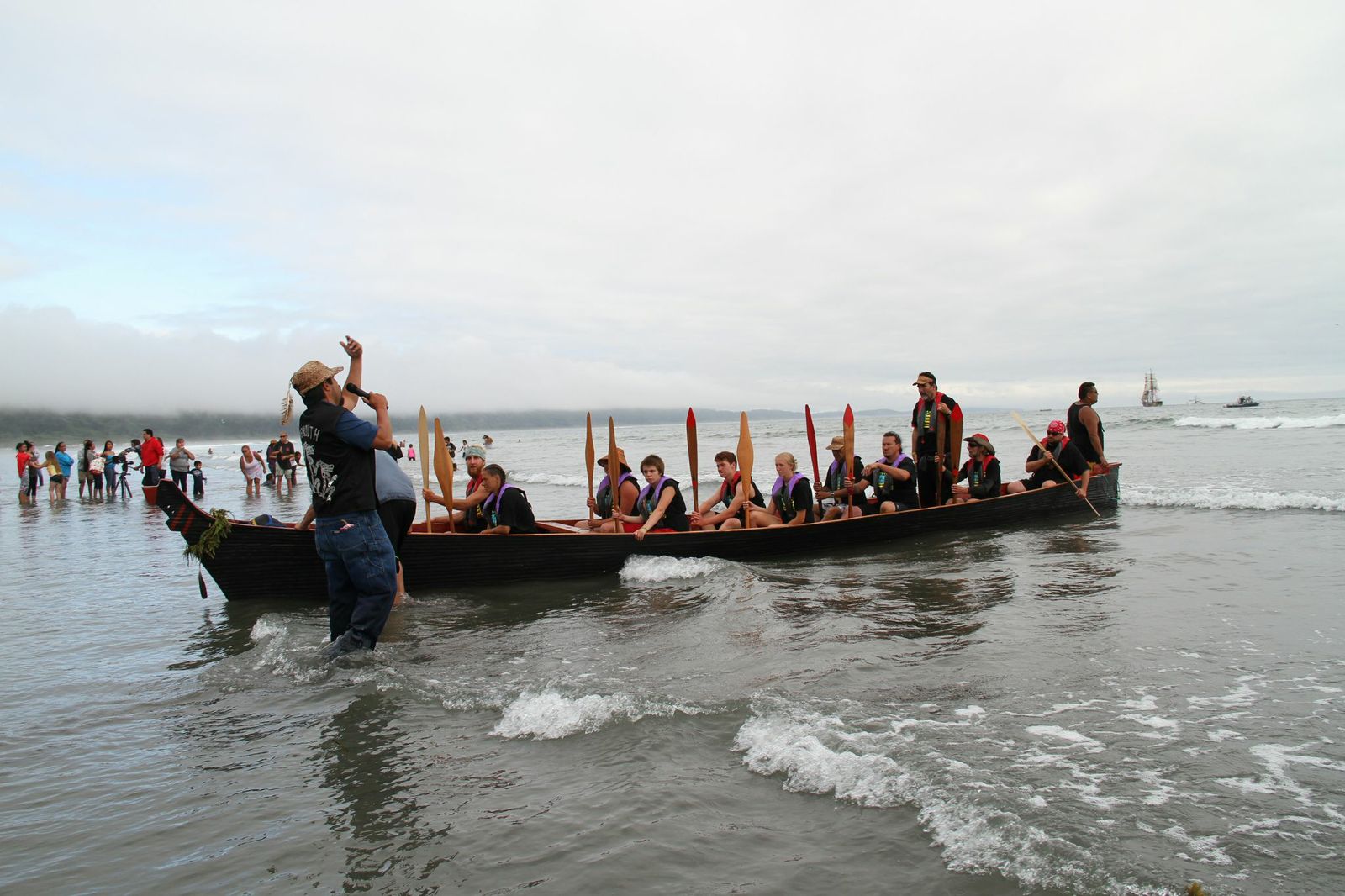 Some of the traditional Native cedar canoes participating in the 2013 Paddle to Quinault can be tracked online at www.tinyurl.com/K77zryw.

The site, which is updated every 10 minutes, features the progress of canoes from the Heiltsuk and T’Sou-Ke First Nations of Canada; and the Grand Ronde, Lower Elwha, Muckleshoot, Squaxin Island, Swinomish and Warm Springs.

Approximately 100 canoes are expected to arrive at Quinault for traditional welcoming ceremonies on Aug. 1, according to Quinault Nation President Fawn Sharp. Among the participants are canoes from Port Gamble S’Klallam Tribe and the Suquamish Tribe.

“It has been 24 years since [the] Paddle to Seattle first revitalized this long-held Northwest tribal tradition, and the event has gained momentum throughout the Northwest ever since,” Sharp said in a press release.

“The cedar canoe holds great meaning for tribes throughout the Northwest and western Canada,” she said. “The annual Journey reaches deep into the hearts and souls of our people — both young and old, and helps them fully realize the vitality and spiritual strength of their tribal identity, underscoring our hope for a sustainable and positive future.”

This year’s Journey is expected to draw an estimated 15,000 tribal and non-tribal visitors to the land of the Quinault. The destination is Point Grenville, a Quinault beach near Taholah, approximately 40 miles north of Ocean Shores. Canoes will be escorted by the tall ships Lady Washington and Hawaiian Chieftain, recognizing the 225th anniversary of first contact between the Quinault people and the new United States of America.

Dignitaries expected to attend: Sen. Maria Cantwell, chairwoman of the Senate Committee on Indian Affairs; and Maia Bellon, Mescalero Apache, the director of Washington state’s Department of Ecology. Also in attendance will be tribal and state officials and hereditary chiefs.

“All visitors are welcome, as is our tribal custom,” said Guy Capoeman, Paddle to Quinault coordinator.  “The Canoe Journeys have always provided a great opportunity for tribes to get together, share our thoughts, stories, traditional dance and song, and strengthen our bonds of friendship. They are a great means to teach our children about their roots, history and traditional ways. They also provide a good opportunity for non-tribal people to get to know more about us, and strengthen relations between Indian and non-Indian communities.”

This year’s Journey is significant in that it is being hosted by the home nation of Emmett Oliver, who organized the Paddle to Seattle in 1989 as part of the state’s Centennial Celebration, ushering in the modern Canoe Journey.

“The contemporary Canoe Journeys began in 1989,” Capoeman said.  “Emmett Oliver, a Quinault tribal elder, organized the Paddle to Seattle as a part of [the] Washington State Centennial ceremony, revitalizing the canoe tradition, which had been lost for many years. We now know this as the Canoe Journey. The Canoe Journey has become [a] symbol of cultural revitalization on a national and even international level. We can expect anywhere from 90 U.S. Tribes, Canadian First Nations, and even New Zealand to join the celebration. In the past, we have seen canoes from Alaska and even Hawaii join in on this event. It truly has become an amazing part of revitalized Northwest culture.”

Sharp, who is also president of the Affiliated Tribes of Northwest Indians and a regional vice president of the National Congress of American Indians, said the Canoe Journey creates opportunities for indigenous people members to re-learn, strengthen and reinforce their canoe traditions. Many cultural values are learned from pulling in a canoe.

“Among these are positive pride, cultural knowledge, respect, and a sense of both personal achievement and teamwork,” she said.

For more information, including site maps and schedule, go to www.PaddletoQuinault.org.

The Quinault Indian Nation and the Quinault Canoe Society will proudly host the Paddle to Quinault 2013 during the dates of August 1st-6th, 2013. 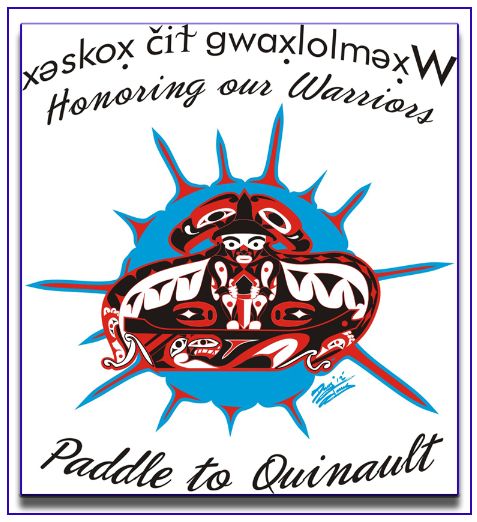 Back in 1989, Emmit Oliver, a Quinault Tribal elder organized the “Paddle to Seattle” as a part of Washington State Centennial Ceremony revitalizing a tradition that was lost for many years, and that is canoeing. We now know this as the Canoe Journey. The Canoe Journey has become symbol of cultural revitalization on a national level; we can expect anywhere from 90 US tribes, Canadian First Nations, and New Zealand to join the celebration.

The Canoe Journey creates opportunities for tribal members to re-learn, strengthen and reinforce their canoe traditions. There are many cultural values that are learned from the canoeing some include: pride, cultural knowledge, learning how to paddle, respect, and sense of achievement.

ATTENTION: canoe families
Saturday May 4th will be surf training at Point Grenville!
12:00pm the Bring your canoe, our May-ee will be available as well. Lunch will be provided