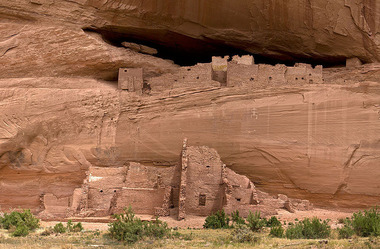 Staten Island, N.Y. — It is possible to live in a building that is less dependent on oil delivered energy.

In principle, the form of a building and its composition can capture a great deal of solar energy; adding, foremost, comfort to our daily routines and reducing fuel consumption.

The solar radiation allowed into the building can be managed to immediately, or at a later time, warm spaces in a way that hot air systems or water filled radiators cannot offer economically, or environmentally.

Passive solar energy is not new. In fact, it has been used throughout history. Native Americans in the canyons of Arizona would use the southern cliff exposure of a canyon to heat their adobe buildings cleverly placed in caves just so that the low winter sun angle would soak them with sunlight while the summer angle would be higher and therefore missing the buildings.

Tracking the sun was part of life; many activities were dependent on the seasons and the sun path. Civilizations worshipped the sun for its power to generate and sustain life.

Although the reverence toward our star is not the same, the beliefs of earlier man still hold: A building is a receptor of energy and light. Its orientation is the most important factor to observe when planning a house. A properly oriented south facing wall will, with sufficient fenestration, allow solar energy to enter the building envelope and warm the interior.

To control this energy, storing heat for night use or limiting its entry in summer months requires the use of materials with great mass and canopy systems that block sunlight from entering into window openings.

Ceramic tiled floors or even concrete can absorb great quantities of sun energy during the day (thermal mass) and release it in the night hours passively repeating the cycle without failures.

The building components of these homes and how they operate, are slightly different from what we are accustomed to. A basic knowledge of solar energy and its impact on buildings is probably most anyone will need to live in and operate a passive solar home. The daily heating cycles will repeat without human intervention.

Sizing of components such as windows, insulation, storage mass and canopies requires a professional. Because of their lack of moving parts, they will function for a long time without maintenance.

However, even the most well designed and properly sited solar building should not be without a conventional heating system. It will most likely be used sparingly with many savings.

The well controlled sun energy into our homes can be invigorating to its occupants. Plants, pets and ourselves enjoy time in the sun. Aside from the radiant quality, sunlight can define the space it fills, it can be filtered through drapes and glass with colored tones. Light bounces off shiny ceramic,metal and marble; it will show wood grain in furniture and blossom flowers in December. 

Ciro Asperti is a member of the Saten Island chapter of the American Institute of Architects. His column appears twice each month in the Home section. Contact the organization at aiasiny.org. 