A Native American group is asking the international community to charge the United States with human rights violations in hopes of getting help with a land claim.

The Onondaga Indian Nation says it plans to file a petition at the Organization of American States on Tuesday, seeking human rights violations against the United States government. It wants the Inter-American Commission on Human Rights to declare that the U.S. government’s decision not to hear its lawsuit asking for the return of 2.5 million acres in upstate New York to be violations of international human rights agreements.

The nation has argued that about 4,000 square miles in 11 upstate New York counties stretching from Pennsylvania to Canada was illegally taken through a series of bogus treaties. More than 875,000 people live in the area, which includes Syracuse and other cities.

U.S. courts have refused to hear the lawsuit asking for the return of their land, with the Supreme Court turning away a final petition in October. 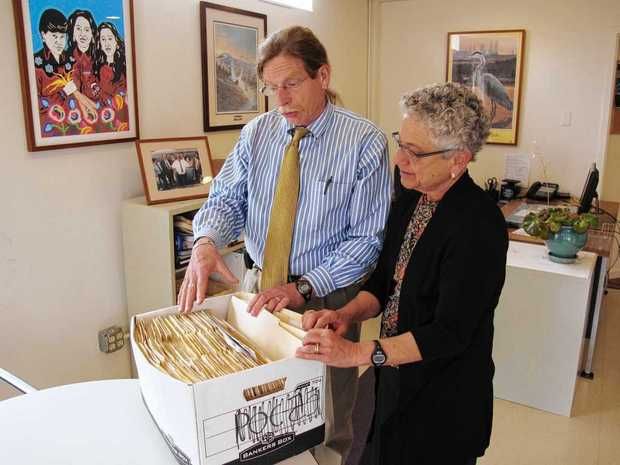 “The problem is that we can’t get the governor to sit down with us and the United States to live up to its treaty rights,” said the Onondaga Nation’s attorney, Joe Heath.

While in Washington, the group plans to display a belt that George Washington had commissioned to commemorate one of the treaties that was supposed to guarantee the Onondaga their land and “the free use and enjoyment thereof.”

The group says it is not seeking monetary damages, eviction of residents or rental payments. Instead, it wants a declaration that the land continues to belong to the Onondagas and that federal treaties were violated when it was taken away. Onondaga leaders have said they would use their claim to force the cleanup of hazardous, polluted sites like Onondaga Lake.

The petition against the United States was brought by the Onondaga Nation and the Haudenosaunee Confederacy, which is made up of the Onondaga, Mohawk, Oneida, Cayuga and Seneca Nations.

It could be years before the commission decides whether to hear the nation’s complaint, Heath said. Even then, there is nothing that could force the government to follow international recommendations, Heath said. The hope is that public pressure would bring state and federal officials to the table.

“Yes, they can just ignore it but there’s only so long we think can they do that,” said Heath.

Even if nothing happens, they will have made their stand, they said.

“We’re here, we’re speaking out and they know where we stand,” Onondaga Clan Mother Freida Jacques said. “Maybe you won’t write it in history, but we’ll know we made this effort and we’re not letting the people down.”