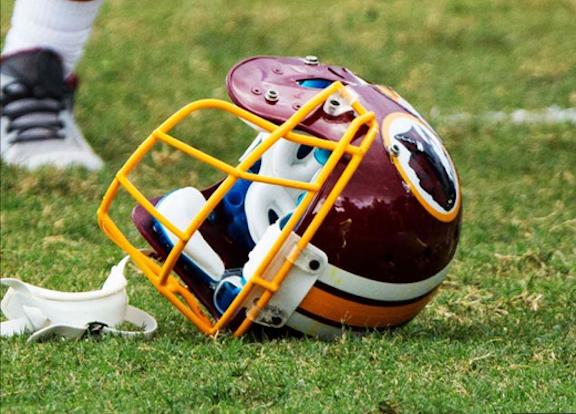 Redskins President Bruce Allen sent a response to Senators Maria Cantwell (D-MD) and Majority Leader Harry Reid’s (D-NV) letter on Friday, saying that the team’s name was “respectful” toward Native Americans. “Our use of Redskins as the name of our football team for more than 81 years has always been respectful of and shown reverence toward the proud legacy and traditions of Native Americans,” Allen wrote in the letter addressed to Reid.

On May 22, 50 senators sent a letter to NFL commissioner Roger Goodell urging him to endorse changing the team’s name. Goodell has yet to publicly respond to the letter, but Allen and his franchise remain defiant.

In his letter, Allen said the name “originated as a Native American expression of solidarity” and that its logo was designed by Native Americans (ICTMN reported that this story about the logo’s design was fabricated; as did the The Washington Post). He also wrote that a majority of Native Americans as well as all Americans supported the team’s name, a fact that has been frequently disputed; most notably by the Change the Mascot Campaign.

Some of the team’s players have tweeted their support for Allen’s letter. Each tweet from Ryan Kerrigan, Desean Jackson, Alfred Morris, Brian Orakpo, and Pierre Garcon said something similar, “President Bruce Allen sets the record straight in response to Harry Reid’s letter.“ Other players also weighed in in support of the letter.

In January, however, cornerback DeAngelo Hall told Mike Hill of Fox Sports that the team should “probably change its name.” He’s the only ‘Redskins’ player who has dared even whisper a public name-change endorsement. And the Seattle Seahawks’ Richard Sherman, told Time.com, that the NFL would not take action similar to what the NBA did in banning soon to be former Clippers owner Donald Sterling for his racist comments“because we have an NFL team called the Redskins.”

But the National Congress of American Indians is hoping for more than just a few players to speak out. The organization reportedly sent more than 2,700 letters to players and former players in the NFL asking them to speak out against the name. The letter included some of Sherman’s comments on the Redskins name.

“Because you are in the NFL, you command a level of respect and credibility when speaking out about the league’s behavior,” NCAI’s letter said. “Indeed, players are the most publicly identifiable representatives of the league, which means your support is critical to ending this injustice.”

Players — some former players and coaches — were asked to respond using the hashtag #rightsideofhistory.

Here are a few tweets in support of the name change: