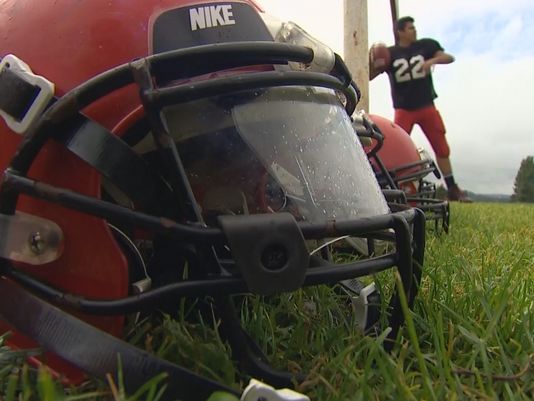 PORT TOWNSEND – The football practice looked the same at the old grassy field.

There were those familiar red and black football jerseys and the smell of fall hung in the air. It is a rite of passage in this small peninsula town, which has clung to a nickname for 88 years that many people felt was steeped in tradition.

But on this first day of classes, there were few signs of the term “Redskins” on this 400-student campus.

“We want to move forward,” says Scott Wilson, the Port Townsend High Athletic Director, who has led a sometimes controversial conversion. The School Board voted last year to change the school mascot, after numerous calls to do so, including from the neighboring Jamestown S’Klallam Tribe.

The school colors remain the same, but the players will now wear “Townsend” or “Redhawks” across their chests.

“Not that we want to obliterate the old one, but we want to be positive about this,” said Wilson, as he strode through the school gym.

The old references are gone, and a new logo is at center court. It’s just one of the changes on campus, which included the removal of a granite welcome sign near the school entrance. 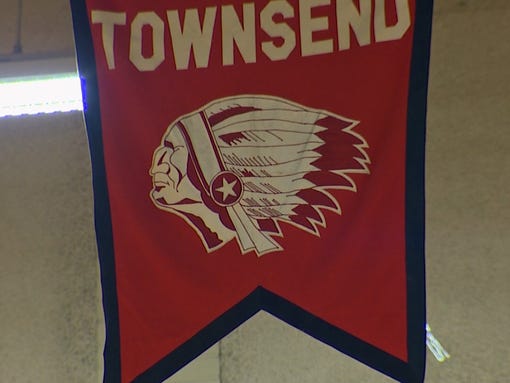 Wilson estimates the cost is roughly $90,000 in all, and says some of the work falls under the needed infrastructure improvements, but that some of the other costs have been picked up by private contributions. He says the tribe donated $25,000 for the needed changes.

Port Townsend Junior Ellis Henderson walked around campus on this first day and said the change was finally settling in. “It’s good for the community, and why they wanted to change it. We know how some people found it offensive.”

His teammate, Lucas Foster, another Port Townsend Junior agreed. Although he wasn’t too sure about the name change originally, he said, “Now we’re Redhawks, and we’re liking it.”