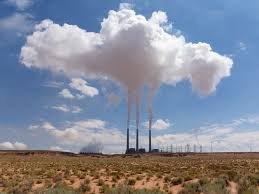 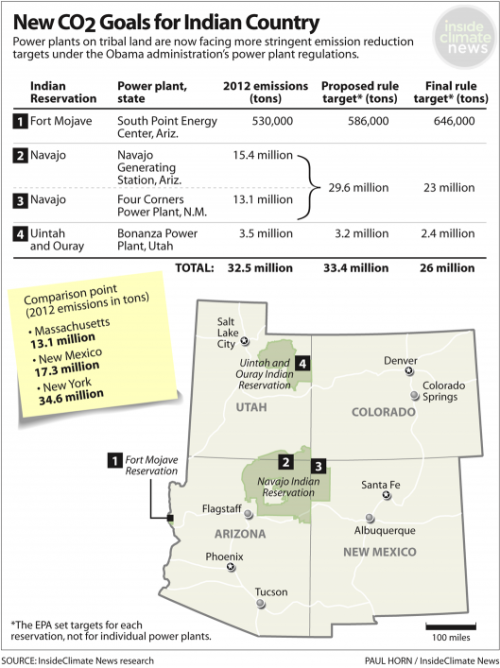 WASHINGTON — Power plants in the United States are burning coal more often to generate electricity, reversing the growing use of natural gas and threatening to increase domestic emissions of greenhouse gases after a period of decline, according to a federal report.

Coal’s share of total domestic power generation in the first four months of 2013 averaged 39.5 percent, compared with 35.4 percent during the same period last year, according to the Energy Information Administration, the analytical branch of the Energy Department.

By contrast, natural gas generation averaged about 25.8 percent this year, compared with 29.5 percent a year earlier, the agency said in its most recent “Short-Term Energy Outlook.”

With coal prices dropping and gas prices rising, the agency said it expected the use of coal to remain on the upswing, accounting for 40.1 percent of electricity generation through 2014. Natural gas would fuel about 27.3 percent.

Power plants are the single largest source of greenhouse gases that drive climate change. The growing use of coal is occurring against the backdrop of President Barack Obama’s announcement of a sweeping plan to reduce greenhouse gases, including curtailing emissions from power plants. His initiative has already sparked opposition from the coal industry, congressional Republicans and coal-state politicians.

Opponents say new regulations are unnecessary in part because utilities have relied more on natural gas, which emits less heat-trapping carbon dioxide than coal does. But the new data indicate that power plants will readily return to coal if the price of natural gas gets too high.

“Markets on their own may go in your direction for a period of time, but to ensure that we get reductions in greenhouse gas emissions in a significant, sustained way, you’re going to need government intervention,” said James Bradbury of the World Resources Institute, a Washington think tank.

“The increase in emissions over the forecast period primarily reflects the projected increase in coal use for electricity generation, especially in 2013 as it rebounds from the 2012 decline,” the report said.

In a speech last month, Obama directed the Environmental Protection Agency to propose rules by June 2014 to cut greenhouse gas emissions from power plants. A rule for new power plants is expected by September.

Coal-fired generation accounted for about 50 percent of the electricity produced in the U.S. about a decade ago. But a natural gas boom driven by hydraulic fracturing has pushed down prices, making natural gas more competitive with coal. By April of last year, coal and natural gas each produced about one-third of the country’s power.

Lower demand for coal drove down its average price, said Elias Johnson, a coal industry expert for the agency. At the same time, the price of natural gas ticked upward, buoyed by demand and somewhat reduced production.

Utilities, many of which have natural gas and coal plants, will probably toggle between the two fuels in the near term, burning the cheaper one more often.

“What is the least expensive form of generation gets dispatched first: renewables, hydro, then maybe nuclear and then coal or natural gas,” said Karen Obenshain of the Edison Electric Institute, a utility trade group in Washington.

Coal is not expected to grab a 50 percent share of power generation again because new regulations curtailing mercury emissions from power plants will probably shutter many small, older coal plants, said Mark McCullough of American Electric Power, one of the country’s largest coal-fired utilities. Even with such closures, the U.S. will probably fail to sharply reduce greenhouse gas emissions by 2020, a goal set by Obama in 2009, without a comprehensive effort to address carbon dioxide pollution.

Said Bradbury, “Electricity markets are very dynamic, and while there’s been a lot of press about the success story of the benefits of natural gas, it’s important to realize that that’s temporary and it depends on gas prices staying really low, and we’re starting to see there are these thresholds where utilities will switch back to higher-carbon fuel, like coal.”