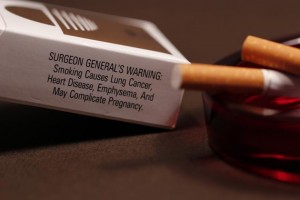 Debora Cartagena, CDC
Smoking harms nearly every organ of the body, causing many diseases and affecting the health of smokers in general, as well as those inhaling “second hand” smoke.

Native Americans have the highest rates of smoking before, during and after pregnancy than any other ethnic group in the nation. That’s according to a new report from the Centers for Disease Control.

According to the CDC, 55 percent of Native American women smoked before pregnancy. During pregnancy, that rate dropped significantly to 26 percent. However, that rate was still the highest of any racial or ethnic group in the nation.

“One out of two American Indian and Alaska Native women were smoking prior to pregnancy,” said Van Tong, an epidemiologist with the CDC’s Division of Reproductive Health. “Only half of these women quit smoking by the last trimester of pregnancy.”

Tong says the reasons for these high rates aren’t well understood, but that more outreach needed to be done to get women to stop smoking while pregnant.

Smoking during pregnancy increases risks for complications including lower birth weights and babies more prone to health issues once their born. 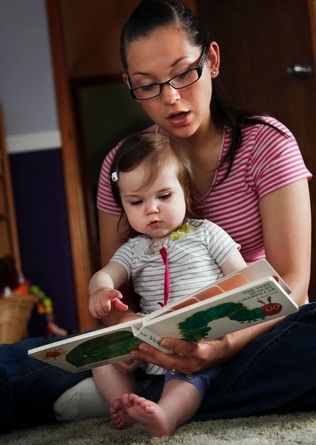 With her second child due in December, Aisha Bone is something of a veteran when it comes to pregnancy and delivery.

Yet the Everett mom, 25, was quick to sign up when she heard about a new group being formed for expectant mothers.

The Centering Pregnancy program provides moms the opportunity to attend 10, two-hour sessions where they can spend time with a nurse midwife.

It substitutes the typical prenatal office visit of about 15 minutes with a two-hour session each time the group meets. Moms can ask questions and learn from each other, said Jamie George, a certified nurse midwife who will lead the group.

Over the course of the pregnancy, that adds up to about 20 hours of personal attention.

“That’s a huge difference in the face-to-face time you have with your provider,” George said.

New groups are scheduled to start each month. The groups are kept small, with about a dozen members, so that each woman can get personal attention. The group meets monthly for four months, then every two weeks after that.

Over the next year, the classes, which are covered by insurance, could serve up to 400 women. Services also will be provided on a sliding-fee scale. No one will be turned away for lack of ability to pay.

Moms practice the breathing techniques used during birth and get questions answered about topics such as the aches and pains of late-term pregnancy and tips on breast-feeding.

“I think it opens your mind up to different things that you may not have thought about compared to if it was just you and the midwife,” Bone said. “If someone else has a question, it may make you think about something you may never have thought of before.”

There will be belly checks to monitor the baby’s development, checks of the mom’s weight and blood pressure, and listening to the fetal heartbeat.

The sessions also will provide friendship and emotional support for mothers. This can be especially important for women who don’t have family nearby or those who are separated from their spouses through military deployment.

“It can be a scary thing if you’re pregnant to be alone,” Bone said. “To have that support system is good for the mom as well, not just for the child.”

For this reason, contacts are being made with Naval Station Everett to inform women about the program. Information also is being provided to the Tulalip Health Clinic. The Tulalip Tribes are the state’s second largest tribal group.

The program was begun in Everett through a $20,000 grant from the March of Dimes. The goal is to reduce premature births and low-birth weight babies, who can develop physical and developmental problems.

In Snohomish County, nearly 9 percent of all babies are born prematurely and nearly 5 percent have lower that normal birth weights, according to the state Department of Health.

A birth is considered premature if it occurs three weeks before the typical 40-week pregnancy.

The babies also are at higher risk for developmental problems.

Everett joins Centering Pregnancy programs that are now offered in nearly every state. In Washington, Madigan Army Medical Center has been offering the program for a number of years, said Gina Legaz, director of program services for the March of Dimes.

The state chapter began offering start-up grants for Centering Pregnancy programs in 2011, including one to the Columbia Health Center in South Seattle.

Bone said she was familiar with the Everett hospital’s midwifery program, where her first child, Paige, was delivered by a midwife.

“I liked the idea of having the best of both worlds,” she said. “The midwives were respectful, but in the off chance that something did go wrong, I would be at the hospital and have great health care resources.”