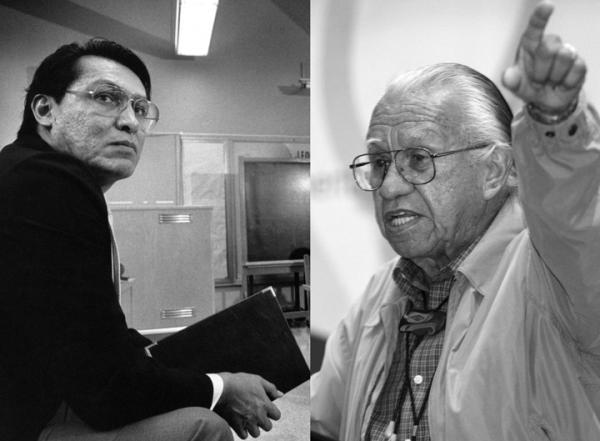 The Post-Intelligencer Collection, Museum of History & Industry/AP Image
The names of Robert Eaglestaff (left) and Billy Frank Jr. were among those being considered for a new middle school proposed on an important Duwamish site in the Licton Springs neighborhood of Seattle. The school will be named for Eaglestaff.

The Seattle School Board voted June 17 in favor of the naming. “The extensive community engagement naming process has resulted in majority support to honor the accomplishments and legacy of a great educator, Robert Eagle Staff,” said Jon Halfaker, executive director of schools for the Seattle School District’s Northwest region.

“It’s huge” for the Native community, said the late principal’s son, Louis Eaglestaff, who spells his name as one word as his father did. Eaglestaff said the district chose to spell Eagle Staff as two words, out of respect for the wishes of family members in South Dakota who spell it that way.

No matter. “Even though he did so much for students, the school name is validation that [his legacy] is always going to be there,” said Eaglestaff, a kindergarten teacher in nearby Bellevue. “I don’t need validation, because what he did was enough for us. But it’s something to be proud of.”

RELATED: Two Native Leaders’ Names Among Those Being Considered for New Seattle School 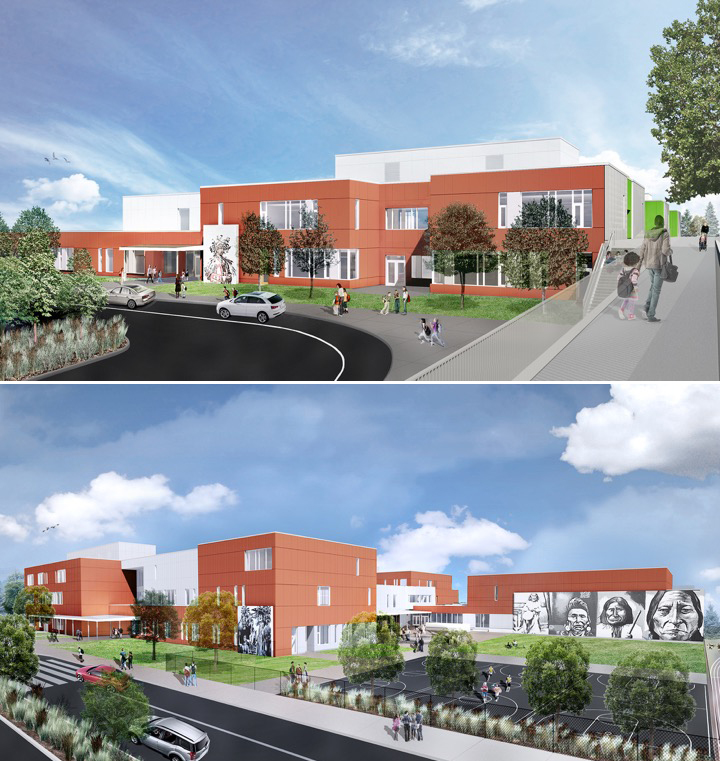 The former Wilson-Pacific School site is important to Seattle’s Native community. It is the site of a spring, called Licton (Liq’tid), which is historically and culturally significant to the Duwamish people. American Indian Heritage hosted powwows and cultural programs for young people, and the buildings featured Native-themed murals by artist Andrew Morrison, Apache/Haida. The walls with the murals are being saved and will be incorporated into the new school buildings.

Getting the school named for Eagle Staff was part of a long effort by the Native community—an effort that continues now in trying to rebuild the American Indian Heritage program.

The school board’s vote “is the culmination of a two-year campaign which included active lobbying, a documentary, online petitions, many phone calls, tons of letters written in support, and community meetings,” wrote Sarah Sense-Wilson, Lakota, chairwoman of the Urban Native Education Alliance.

“The next fight is having a Native-focused high school in [Eagle Staff] school.”

During Eagle Staff’s leadership, American Indian Heritage High School had a 100 percent graduation rate with all graduates going on to college. Eagle Staff, a University of North Dakota Hall of Fame basketball player, passed away unexpectedly at age 43, and enrollment in the school he led started to decline amid changes in funding and program support.

The school buildings fell into disrepair as the district diverted funding to other priorities. By 2012, plans were developed to build a new school to accommodate projected enrollment growth and alleviate overcrowding in three other middle schools. In 2013, voters approved a capital levy to fund construction of several new schools and to modernize others. In 2014, the American Indian Heritage School program was merged with a program from another school, also closed for new construction, renamed Licton Springs, and moved temporarily to another site.

“Licton Springs is going to take another 3-5 years of development to reach a level of Native focus we think is authentic,” Sense-Wilson wrote in an email. “Still no Native staff, no language, no cultural programming at Licton. A majority of the kids are non-Native.”

Seattle Public Schools Superintendent Larry Nyland recommended the school board name the school in honor of Eagle Staff based on input at community meetings and comments from 190 members of the public. Supporters at the final community meeting on May 4 included members of Eagle Staff’s family. Only three people at the meeting spoke in favor of naming the school after another nominee, Dr. Caspar Sharples, an early 20th century Seattle physician and co-founder of Children’s Hospital. Other names considered included Billy Frank Jr., Nisqually (1931-2014), treaty rights activist and environmental leader.

Several indigenous nations have ties to Seattle, including the Duwamish Tribe, the Muckleshoot Tribe, and the Suquamish Tribe. Of 92 public schools in Seattle, only four have indigenous names: Leschi, the mid-1800s Nisqually leader; Sacajawea, the Lemhi Shoshone interpreter and guide for the Lewis and Clark Expedition; Chief Sealth (an anglicization of Si’ahl), the mid-1800s leader of the Duwamish and Suquamish; and Eagle Staff.