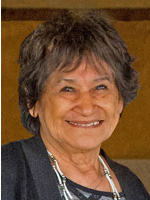 I am glad that the treaty tribes in western Washington were finally able to reach agreement with the state on a package of conservative salmon fisheries for Puget Sound. It took more than a month of overtime negotiations to make it happen, but cooperative co-management showed us the way.

Western Washington is unique because 20 treaty Indian tribes and the state Department of Fish and Wildlife jointly manage the salmon resource and share the harvestable number of fish returning each year.

That job was a lot easier when there were more fish to go around. But salmon populations have been declining steadily for decades because their habitat is disappearing faster than it can be restored. Salmon returns the past couple of years – especially coho – have taken a sharp turn for the worse.

Some say just stop fishing and that will fix the problem. It won’t. From birth to death, habitat is the single most important aspect of a salmon’s life. As the habitat goes, so go the salmon and tribal culture and their treaty fishing rights.

For millions of years, salmon were abundant in western Washington. Their sheer numbers, naturally high productivity and good habitat provided resiliency from the effects of disease, drought and a host of other environmental factors. We must rebuild that resilience.

As salmon populations grow smaller, management becomes increasingly difficult, and the co-managers struggle to divide a steadily shrinking pie. We must make the pie bigger.

The non-stop loss of salmon habitat in western Washington must be halted so that our habitat restoration efforts can successfully increase natural salmon production. In the meantime, we need to rely on hatcheries to provide for harvest and help offset the continuing loss of habitat.

We also must build resiliency in the co-manager relationship created by the 1974 ruling in U.S. v. Washington that upheld tribal treaty-reserved rights and established the tribes as salmon co-managers.

We remember the bad old days of the late ’70s and early ’80s when the tribal and state co-manager relationship was new and mistrust ran deep. We spent a lot of time, money and energy fighting one another in federal court hearings rather than focusing together on the resource.

Things didn’t begin to change until former state Fish and Wildlife director Bill Wilkerson said enough was enough and sat down with the late NWIFC Chairman Billy Frank Jr. The result was the birth of cooperative co-management in 1984 which led to the annual development of agreed fishing plans that allowed the tribes and state to focus on managing the fish instead of fighting each other in court.

This year, for the first time in more than three decades, the tribal and state co-managers failed to reach agreement on a joint package of Puget Sound salmon fisheries within the North of Falcon process timeframe. Instead we developed separate fishing plans for consideration by NOAA Fisheries under their ESA authority.

But in the true spirit of co-management, we kept the door open to further negotiations, and it worked. We weathered the storm together and we are stronger for it.

We know our relationship will be tested again in the years to come. But this year has shown us that we can survive those challenges as long as we keep cooperation at the heart of co-management.

Effects of climate change and the ongoing loss of salmon habitat came home to roost at this year’s tribal and state salmon fishing season setting process. The result was some of the most restrictive salmon fisheries ever seen in some areas.

The co-managers set seasons based on the need to conserve the weakest salmon stocks. The goal is to protect the weakest stocks while also providing limited harvest on healthy stocks which are mostly hatchery fish.
Last year’s salmon runs throughout Puget Sound returned far below expectations. Those fish that returned faced low stream flows that led to water temperatures soaring to 75 degrees or more in some places. Water temperatures 70 degrees or higher can be lethal to salmon. Last year many adult salmon – both hatchery and wild – died before they could spawn or reach a hatchery.

This year’s returns of hatchery and wild salmon are expected to be about 30 percent lower across the board than last year’s poor returns. Lake Washington chinook provide a good example of why this year’s fishing seasons needed to be more restrictive.

Hatchery and wild salmon returning to Lake Washington must pass through the most urbanized parts of western Washington where they are confronted by polluted stormwater runoff, barriers and low stream flows. When combined with the effects of elevated stream temperatures, the results can be deadly for salmon.

The Muckleshoot Tribe, which tracks salmon migration into the lake through the Ballard Locks, quickly realized the extent of last year’s low returns and took action to protect the remaining fish. The tribe sharply reduced or eliminated planned harvests, including culturally important ceremonial and subsistence fisheries. But by then most of the damage had already been done. Despite tribal sacrifices, Lake Washington wild chinook populations were further diminished and hatchery egg-take goals were unmet.

Given last year’s poor returns and the increased effects of climate change and habitat loss, the tribes were stunned when the Washington Department of Fish and Wildlife – apparently at the prodding of sport fishermen – proposed even higher chinook sport harvest this year. Their proposal included a mid-Puget Sound fishery targeting chinook in an area where the weak Lake Washington run congregates. But the tribes rejected the proposed harvest increases and the fisheries were withdrawn, leading to howls of protest from some anglers.

The package of fisheries developed by the co-managers for 2015 reflects the reality of lower abundance and reduced fishing opportunity for everyone. Good salmon management requires us to balance the needs of the resource against the desire by some to catch more fish every year. That is why we must have strong leadership to make the tough decisions needed to protect the resource.

The treaty tribes believe that salmon must be managed in the best interest of those who will follow seven generations from now. We will not allow tomorrow’s salmon to be sacrificed for today’s harvest.