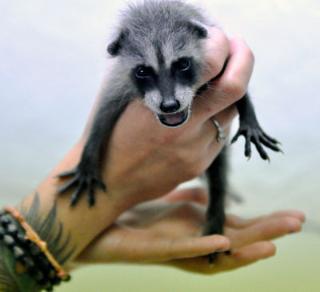 ARLINGTON — The Sarvey Wildlife Care Center has already faced a budget shortfall this year and now, in their busiest season, they face a shortage of another sort — volunteers.

“They did landscaping and dug up a bunch of overgrown areas,” said Suzanne West, director. “They planted us a garden so we have things out there growing for our animals — herbs, broccoli — that we can feed to our rabbits and squirrels.”

“It seemed like every time I turned around they were doing something to help,” said West. “I love the idea that employers in the area are giving their employees a day off to go volunteer. We are really in need of volunteers right now. We have the lowest numbers we’ve ever had at the start of the season. Right now we have about 30 regular volunteers, and we need about 100.  We appreciate anyone who can come volunteer, whether  for a whole day or a shift once a week. We need the help.”

The spring and early summer season means that the wildlife center receives an influx of injured or orphaned animals. It’s their busiest time of the year — now they have more work and less workers.

“I think that a lot of it has to do with the economy,” said West. “We just lost a couple of our regular volunteers because they got jobs.”

Jane Towle works for Seattle Specialty Insurance in Everett, and her company gave her and other employees a day off for volunteer service.

“They let us have one day off a year to volunteer for whatever cause you’d like to,” said Towle, who spent her first volunteering experience helping Sarvey Wildlife. “This is my first experience here. It’s very nice. I would love to come back and volunteer more regularly.”

A display of its birds of prey in Snohomish impresses kids as the wildlife center continues to request financial support. 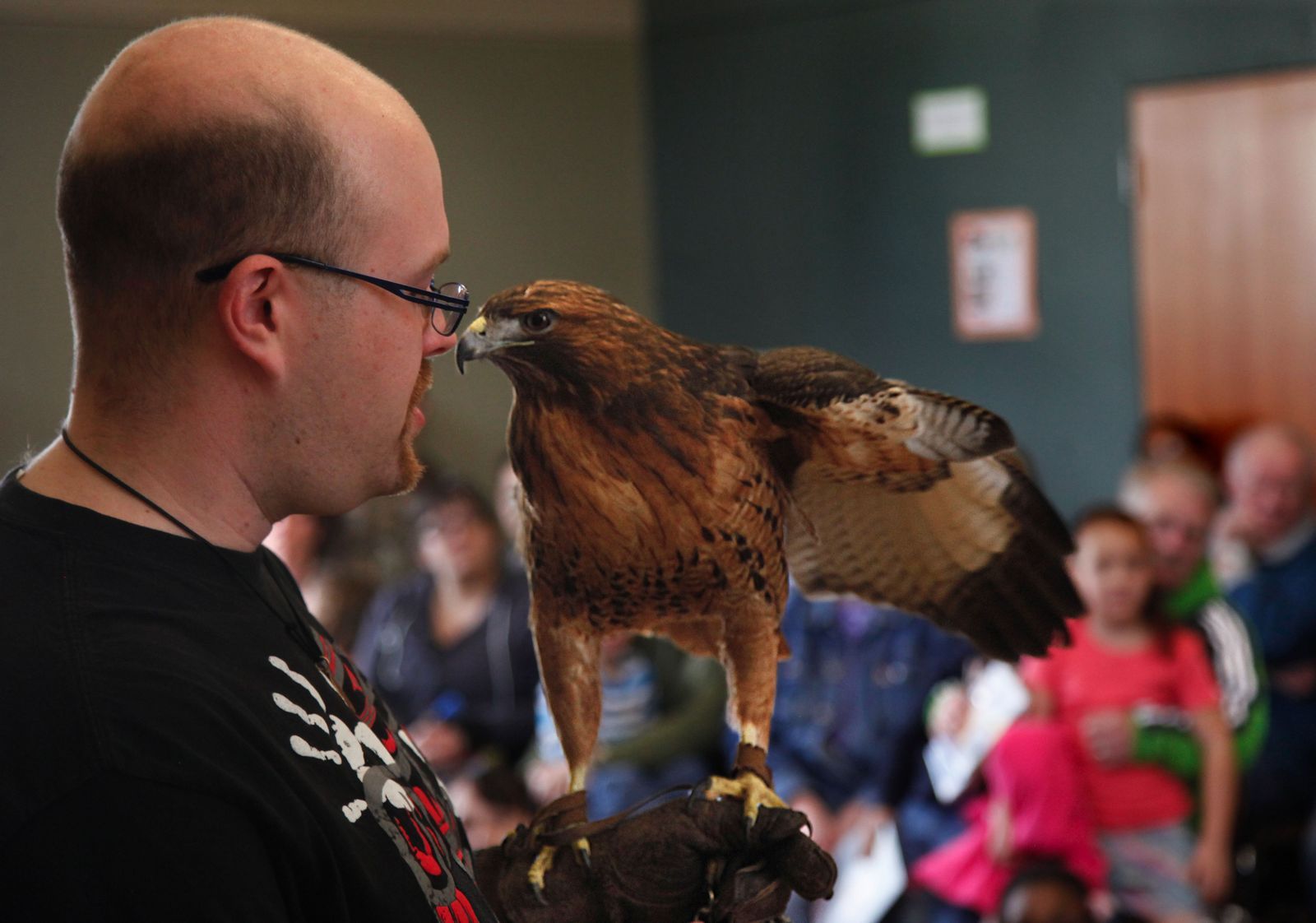 Dan Bates / The Herald
Sarvey Wildlife Center volunteer Robert Lee holds a red-tailed hawk with only one wing Friday at the Snohomish Library. Having lost a wing, the hawk will remain at Sarvey for the rest of its life, Lee said.

By Alejandro Dominguez, The Herald
SNOHOMISH — A line formed in the Snohomish Library 30 minutes before the show started.Eight-year-old Lily Westman and her brother, Cooper, 6, were first in line last week, waiting for the doors to open for the “Raptor Factor” show. They were eager to see all of the birds, but hoped to see a bald eagle.

“I want to know how they take care of them,” said Cooper, who goes to Cascade View Elementary School.

The show is put on by the Sarvey Wildlife Care Center, a nonprofit located between Arlington and Granite Falls that rescues, treats and releases wild animals. It’s one of the outreach efforts by the center that has been around since 1981.

Last month, the center announced that it was having financial difficulties. The center has an operating budget of about $450,000 a year, but donations have been down. Director Suzanne West said last month the center needed $95,000 to continue to care for animals, keep the doors open and continue their programs.

In the last couple of weeks, however, the center has seen an increase in donations and new donors have also appeared. The shortfall has been reduced to $50,000.

“We are still feeling the crunch,” West said. “We have been able to tighten our belts and we have received additional funding.”

Jennifer Cutshall, 44, of Snohomish, heard about Sarvey’s financial problems. She’s hoping that people step up to help out the center. She’s seen the raptor show herself. On Friday she brought her youngest son, Isaac Tavares, 4, for the first time.

“It’s a good chance to see these birds this close,” Cutshall said.

They were about 75 kids, parents, grandparents and others who attended the show and learned about the barn owl, great horned owl, red-tailed hawk and peregrine falcon.

The children asked questions about the birds, such as the length of their wings and how fast they could fly. They were amazed when some of the birds spread their wings.

Most of them gasped when volunteers took out the last bird of the show: a bald eagle named Askate.

Seeing the animal was the favorite part of 5-year-old Kaylee Broome who goes to kindergarten at Machias Elementary School.

For more information on the center, including how to donate and what to do if you find an injured or orphaned animal, go to www.sarveywildlife.org/ or call 360-435-4817.