Hualapai Chairwoman Sherry Counts told a Senate committee that the northwestern Arizona tribe supports a bill that would formalize two water-rights agreements between it, Freeport Minerals Corp. and the government.
Photo by Julianne DeFilippis

WASHINGTON – Tribal and state lawmakers urged a Senate panel Wednesday to approve a water-rights agreement between the Hualapai tribe and Freeport Minerals Corp., saying time is fast running out on a deal.

Witnesses told the Senate Indian Affairs Committee that the Bill Williams River Water Rights Settlement Act of 2014, which would guarantee the tribe certain levels of water use in the area, has been years in the making. But statutory limits on Freeport’s water rights mean it could all be undone if Congress does not act this year, the bill’s supporters said.

“We need to have this done before that deadline or the whole thing goes away,” Hualapai Chairwoman Sherry Counts said at the hearing.

The bill is sponsored by Arizona Republican Sens. John McCain and Jeff Flake, while a companion measure in the House has been co-sponsored by all nine members of the state’s House delegation.

But not everyone supports the bill.

Flake said officials in Mohave and La Paz counties have raised questions about the deal. And Bureau of Indian Affairs Director Michael Black testified Wednesday that while his agency supports the goals of the bill, it has “significant concerns” about provisions that waive sovereign immunity.

Black said those concerns “must be resolved before the administration can support the bill,” and assured the committee that the bureau is working to find a solution.

But Flake said a waiver of immunity is not unprecedented in such agreements and that parties in the deal “must have the ability to enforce the terms of the agreement.” The waiver “must be expressed and unequivocal,” he said.

Besides having the backing of the entire congressional delegation, Flake introduced letters of support from Gov. Jan Brewer, the Arizona Chamber of Commerce and Industry, Freeport Minerals and the Nature Conservancy.

In addition to guaranteeing water-rights for the tribe, the deal calls on Freeport to give the tribe $1 million toward a water infrastructure study, to transfer land to the state for a conservation program and to stop pumping water near a spring that is sacred to the tribe, among other provisions.

“We’ve been on the Colorado River since time immemorial and we have no water rights,” said Counts, who said securing those rights is a key goal for tribe.

But she also noted that water rights are also critical for any economic development plans the tribe has, for building resort facilities for tourists or housing for tribal members.

McCain said he and Flake are willing to work with anyone who has concerns about the proposal. But a bill needs to be approved to protect water rights for everyone, he said.

“We have to conclude our native water-rights settlements if we are going to have a predictable supply of water for Indians and non-Indians alike,” McCain said. 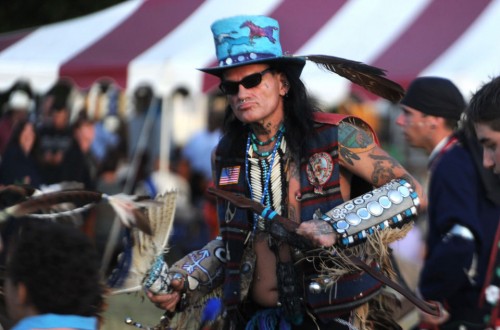 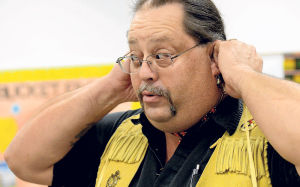